The cod shortage continues, the lack of these indigenous fish is certainly a big blow to our shore line. I have, however, been told that cod could be declared “sustainable” by 2017; our cod stocks have been depleted due to decades of over fishing.

Walton Pier has to be top spot again this week. Garry Graham and his fishing partner Ronnie Adamson fished here and had a great session. Ronnie caught a ray of 9lb 5oz and Garry landed a 3lb.5oz codling and a good size lobster, ragworm and squid were the baits.

Richard Holgate, Dave Brown and Shane Swan also had a good mid-week trip here although the heavy rain put a damper on the fishing. Richard and Shane landed some good size rays while Dave was catching dogfish

Andy Gray fished down between the piles on an ebb tide with ragworm baits and landed a 4lb 5oz bass. 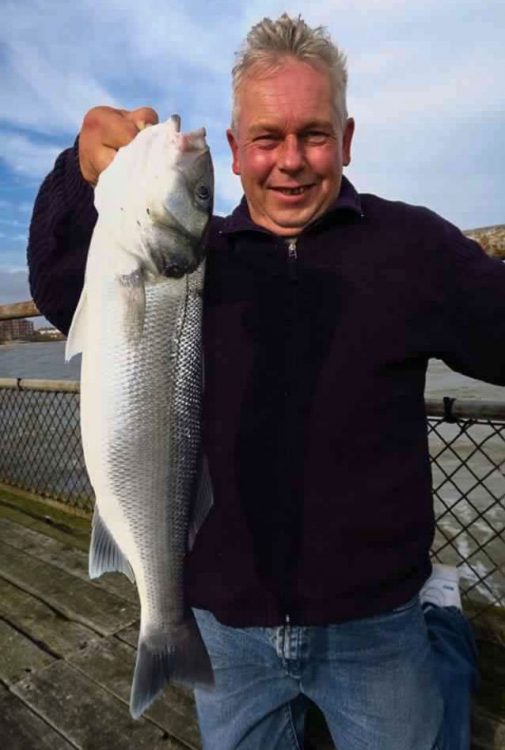 Top baits for fishing the pier are squid for the rays and dogfish, fish baits for the whiting and ragworm for those bigger bass.

Meanwhile this week, thank goodness for thornback rays as these heavyweight fish have taken the place of our winter cod and fish to 10lbs plus have been caught from beaches and piers.

Clacton Pier has had a very good week with thornback rays and dogfish and plenty of whiting.

Local angler Brian Griggs has fished the local pier mostly on the night tides and has reported some good catches, mostly thornback rays. Brian said the best time to catch them is the middle hours of the flood tide and the favoured bait is calamari squid tipped with herring or bluey strips.

The whiting have moved in and after dark they can be a bit of a nuisance as they are quickly devouring baits intended for bigger fish.

The Holland beaches have also seen an upturn in the return of thornback rays plus a few bigger bass. After dark the whiting are also feeding here in force and it can be a struggle to get a bait down to catch any other fish!

The boats have seen some bigger cod to 9lbs but these are really few and far between and I can’t really see it getting much better before the New Year. Still plenty of rays, dogfish and bass to be caught. The sea temperature needs to drop at least 10 degrees before we will see any upsurge in cod catches.