The water did look like it may have been affected by an algae bloom.

The match was decided in the last minute of the match, when Trevor had a bite resulting in a 48cm bass. This pushed Ray into second place even though he had a fish on his final cast.

Next Sunday’s match is at Stanah with fishing from 3.30pm to 6.30pm. This match is for the aggregate points of the anglers two best flounder.

Dave Brown fished the flood tide and found it quiet to start with but as soon as it started flooding the dogfish started feeding. After an hour of dogs he had a couple of plaice, one took worm but the other swallowed a full prawn and squid bait on a 3/0 hook. Soon after that he had a hound and then it was back to dogfish and scrawny whiting. 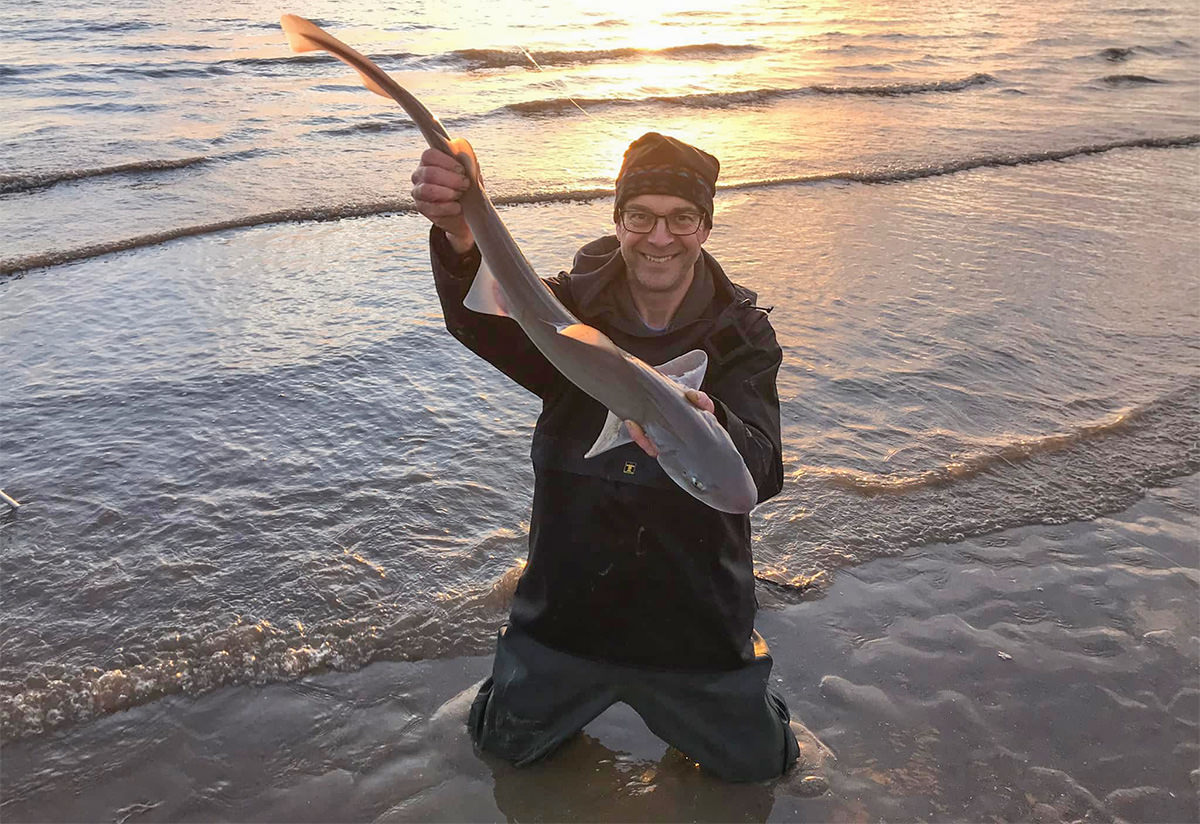 Dave Brown with his hound

Leyland and District Sea Angling Club fished their latest match on the Gynn Wall at Blackpool.

The “Golden Peg” top prize of £500 was also won by Stuart Pilkington for winning the match and the card. Well done Stuart!

Thanks again to the seven members supporting the night match. 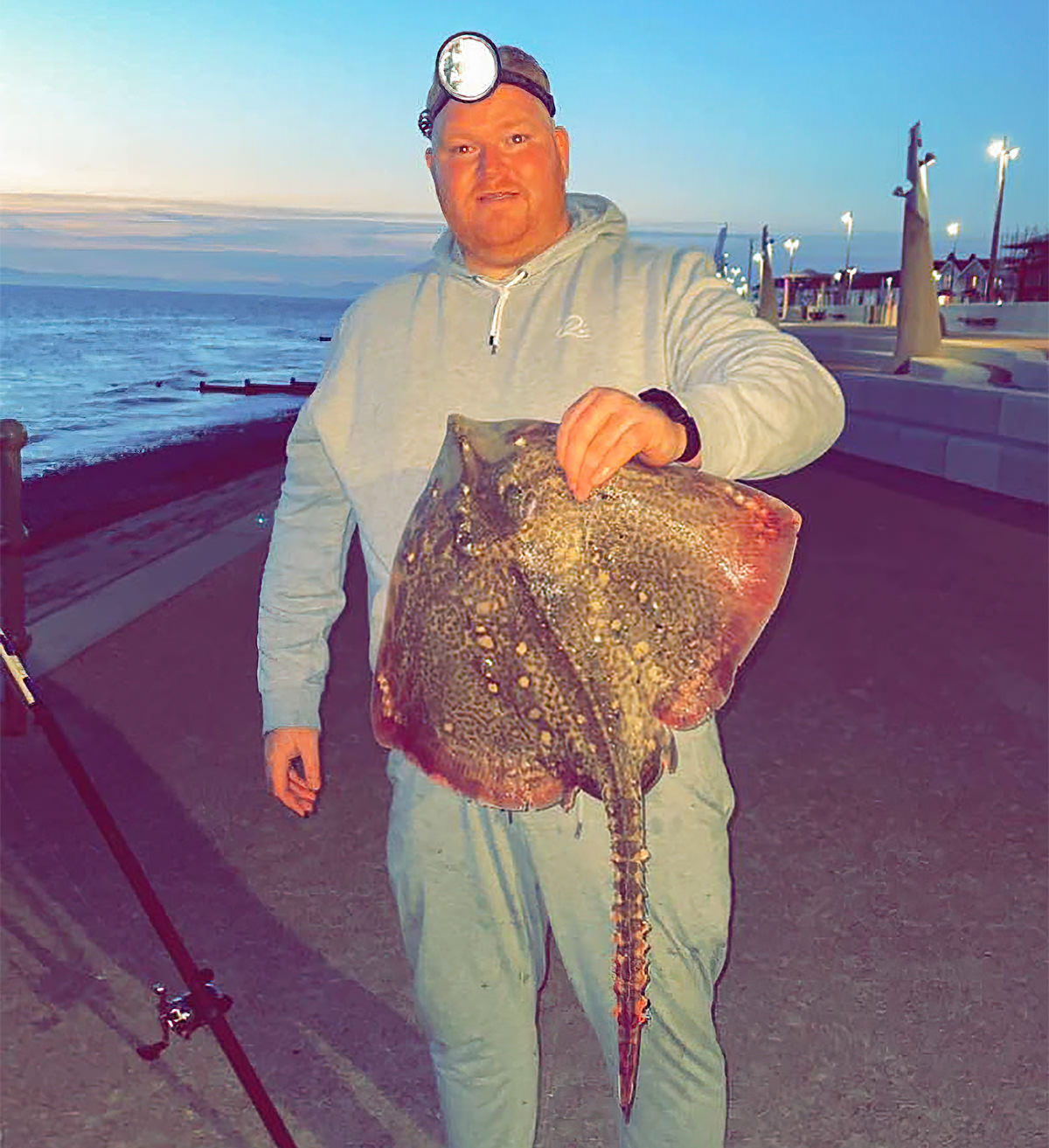 Cracking 8lb ray caught of the shore by Nathan Duckers