This year’s EFSA Scotland Cod Championships at Arbroath turned into a real battle of the Champions as previous winners Peter Redshaw, Steve Souter, Scott Gibson, Billy Murray and Jim Henderson, as well as reigning EFSA Individual Champion, Robbie Robertson, were all drawn together on the same boat.

Despite strong winds and high seas curtailing fishing to a single day, there were still plenty of fish to be caught among an ever growing minefield of ropes and creel markers on grounds to the north of the venue. 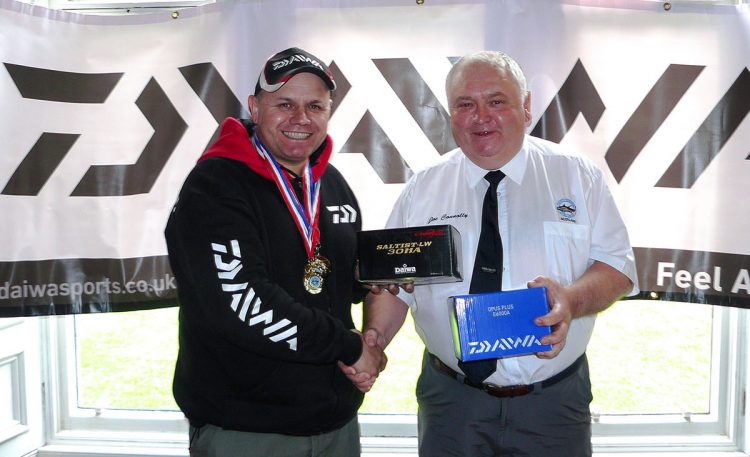 Edinburgh’s Steve Souter carded the top bag with an imperious 31 cod haul from Altair to take the title and the prestigious EFSA Gold Pin. John Speirs secured runner-up position with an excellent 27 fish on Ardent, with Derek Yuille taking third.

Steve also won the Superpool in the Daiwa backed event with a total length of 1386cm, from John Spiers with 1219cm and Peter Redshaw on 1065cm.