Cold Northerly winds have disappointed those hoping for some early mackerel, but boats continue to report some big shoals just offshore, and settled conditions over the next period of big tides may produce some results. Meanwhile, unless you like a bit of flattie bashing in the local rivers, then you will need to travel to find any bigger fish. The East coast marks along the Yorkshire and Lincolnshire shoreline are attracting anglers looking for smoothhound, thornback rays, bass, and cod, with fresh crab baits picking up all of these species. The river Humber is full of smaller but size cod which seemingly are still taking worm and squid baits with some anglers landing bags of up to 20 fish.

On the Solway shoreline the summer flounders are starting to show in numbers along with dabs, plaice, thornback rays, bass, and dogfish. The recent Silloth Open saw 28 out of the 80 anglers return to the scales after fishing in difficult north westerly winds to record 148 dabs, 108 flounders, three eels, and two thornback rays in a measure and release match. This is the first time that thornback rays have been caught in the 51 year history of this Open, a sure sign that this species is becoming more widespread over many coastal areas. Sunderland angler Mason Burton took the top prize for the heaviest fish with a thornback ray measuring 47cm across its wings and worth 80 points, taken on his first cast at Skinburness. Top prize for the best aggregate catch was taken by Matty Palmer with seven dabs, six flounders, and a thornback ray for 233 points. Another Sunderland angler Alan Burton was second with eight flounders and two dabs worth 182 points, just ahead of Alan Rigg with eight flounders and one dab for 181 points. 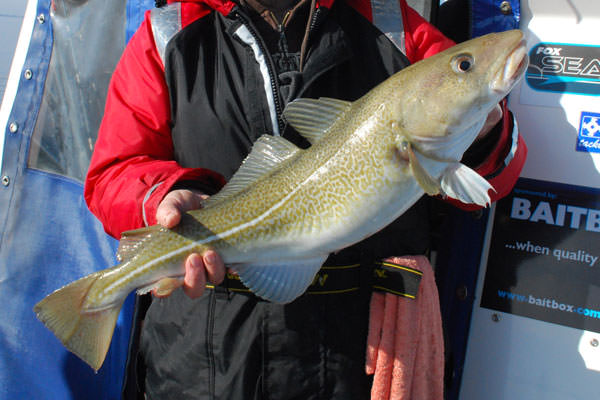 Catches from the shoreline between South Shields pier and Hartlepool have been quiet with mainly smaller dabs the more common species to expect, some anglers have picked up the odd better plaice in settled conditions with Hendon Promenade recently producing some bigger specimens. Light tackle tactics in the local rivers is certainly an enjoyable experience with the bigger flounders generally showing well upriver, as always the lower Tyne is capable of producing some size cod or coalfish, but in the lower Wear a recent charity match only saw three small coalfish landed at the normally productive Glass Centre.

Boat anglers are taking increasing numbers of cod, sometimes just several hundred metres offshore, there seems to be plenty of cod just offshore this year but few are moving within reach of the shore angler. Stephen Brown, Paul Hague, John Armitage, and Keith Brown on the Macer G fishing just offshore with fresh peeler crab landed 45 cod to 5lb during a recent short trip. David McDade, fishing just off Sunderland landed another halibut from the region, this one weighing 4 – 10lb. The heavy ground just off from Amble continues to produce plenty of cod. The Natalie Kristan landed over 200 bigger cod during a recent trip with many smaller fish being returned.