Skegness Pier Club fished their first match of the year on Saturday at Chapel Six marshes. Conditions were calm and clear with a considerable frost developing into the evening. Whiting and dabs made up all the fish recorded with a steady catch rate for most anglers throughout the match.

Chapel six Marshes beach has steep sand ramp high water giving a good depth of water at high tide, joining onto a flat mid-section with sets of gullies and clays out beyond the low water mark.

The fish were not in any great numbers at the start with no real patterns emerging, with one cast fish-less followed by a double or treble shot the next. 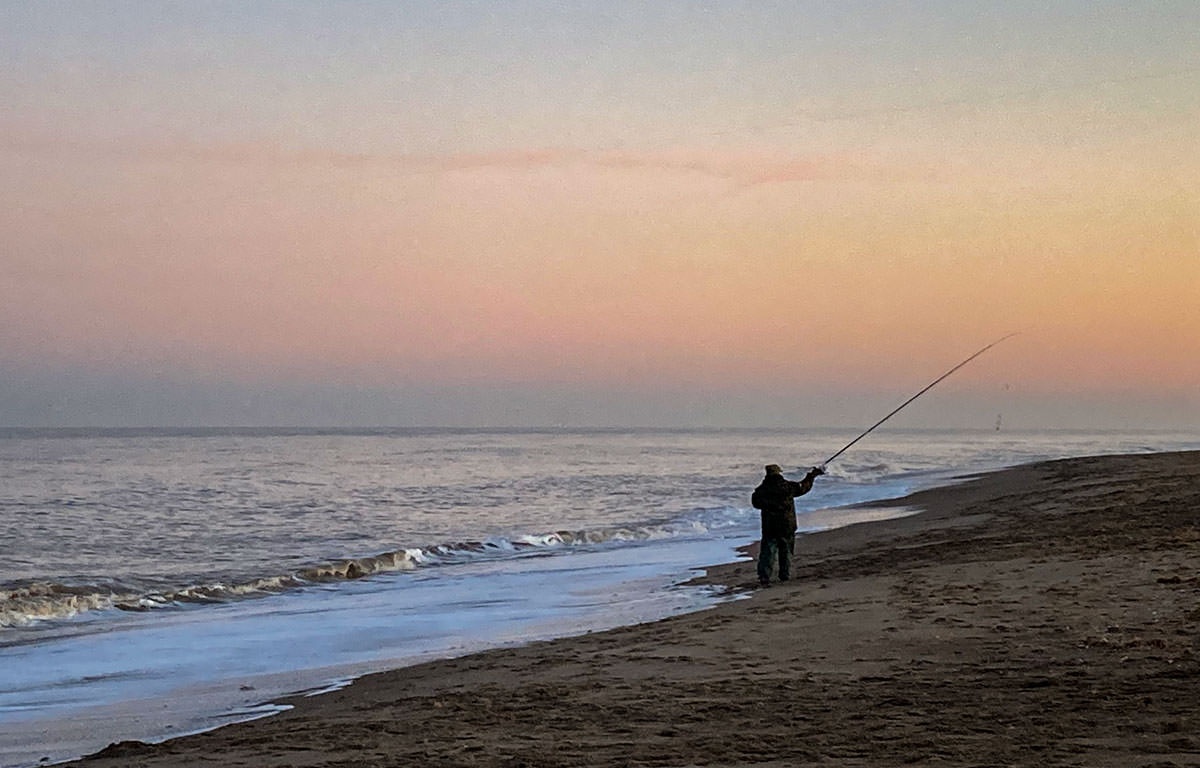 Tracey casting into a calm sea

Anglers were unable to build up a rhythm of catching double and triple shots and were hampered by weed which affected the fishing, but this disappeared after the first hour. Once darkness fell the bite rates picked up for all.

Adie Cooper on peg 9 fished three hook clipped down rigs baited with fresh and frozen black lug, tipped with fish and sandeel sections. He caught fish for almost every cast by making continuous fine adjustments to his rigs and casting distances. For examples he noticed the stamp of whiting were smaller than usual so changed hook size from size 1’s to 2’s (kamasan short shanks) to pick up more small fish on smaller baits. 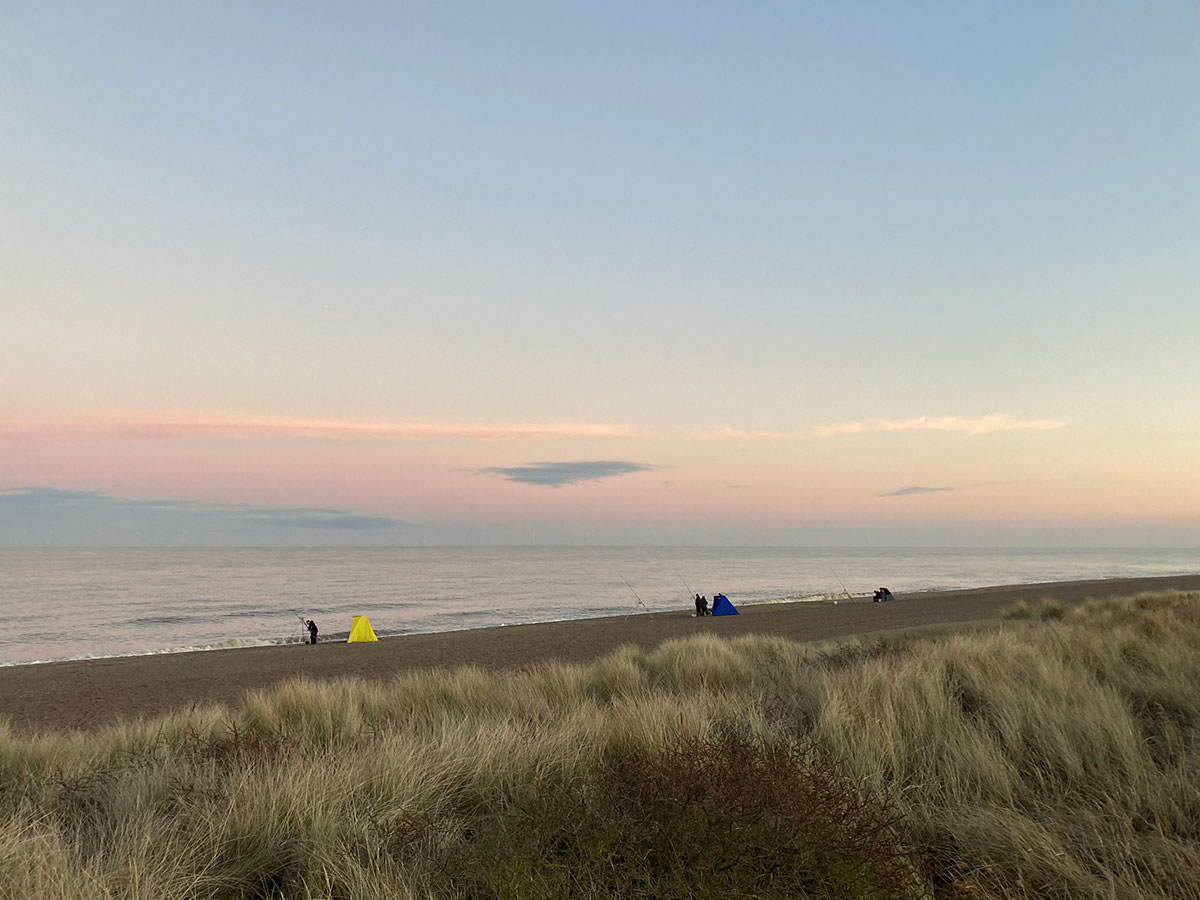 He adjusted his casting distance from long to short when he noticed other anglers started catching fish closer in around sunset and once bites dried up on this line, he went back to blasting out his baits into the night sky and continued to catch on all casts bar two. These constant changes resulted in 24 fish and a winning total length of 665cm.

Over on peg 3 Dan Jackson had a slow start with only 70cm in the first hour but as darkness fell his catch rate improved and through efficient and organised fishing built up a bag of 22 fish for 609cm and second place. 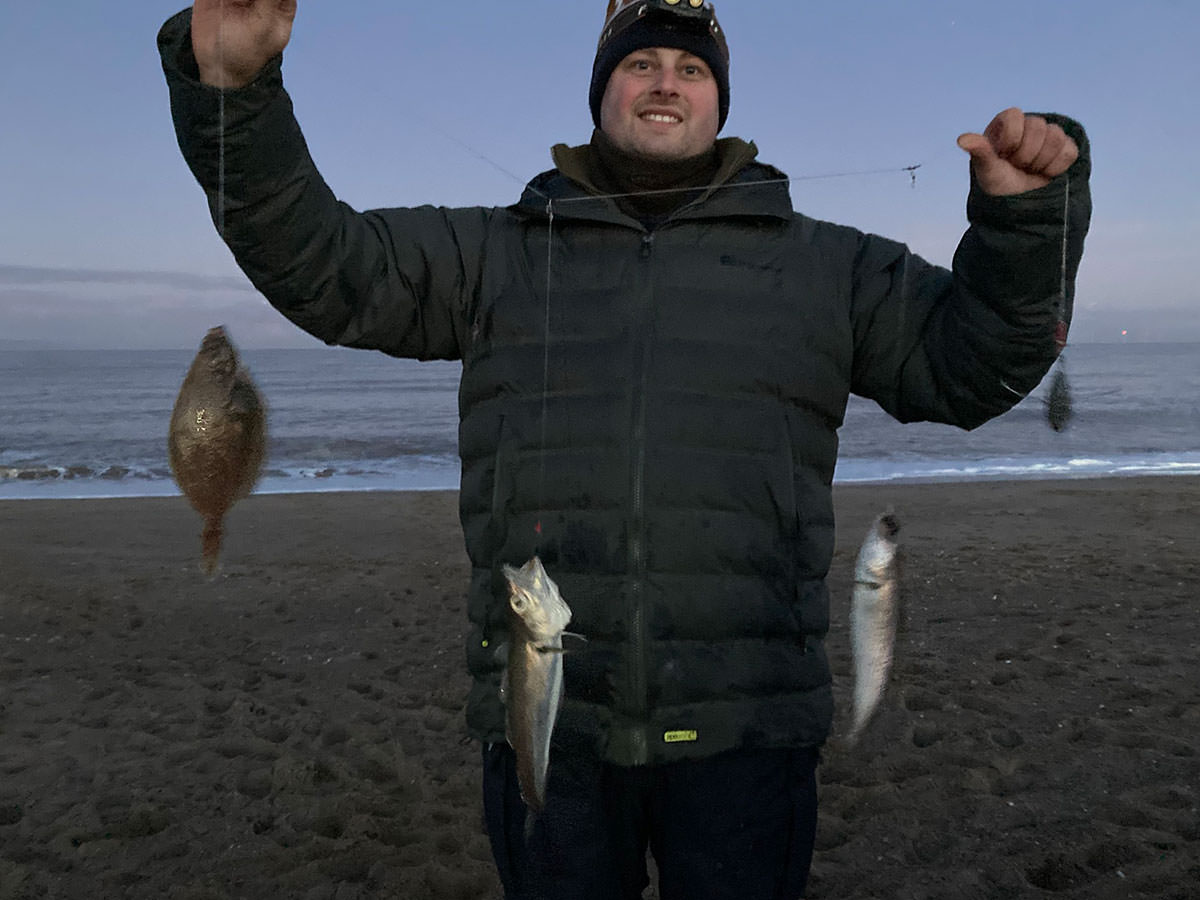 He cracked off at one point losing a few minutes fishing changes his reel but made up for this and the slow start by consistently catching double and triple shots of whiting and dabs, on black lug and bluey at long range.

Next door on peg 2 Russell Parsons also had a slow start, with 34cm, trailing behind Milo Disney with 105cm on peg 1 for the first two hours. Russ was using a new Daiwa rod and once he got used to its different action to his old GBFS match pros he started hitting the distances and picking up more double shots of fish to pull ahead of Milo and the rest of the field to come in with 16 fish for 452cm. Russell was using three hook loop rigs with fresh lug and fish tipped lug. 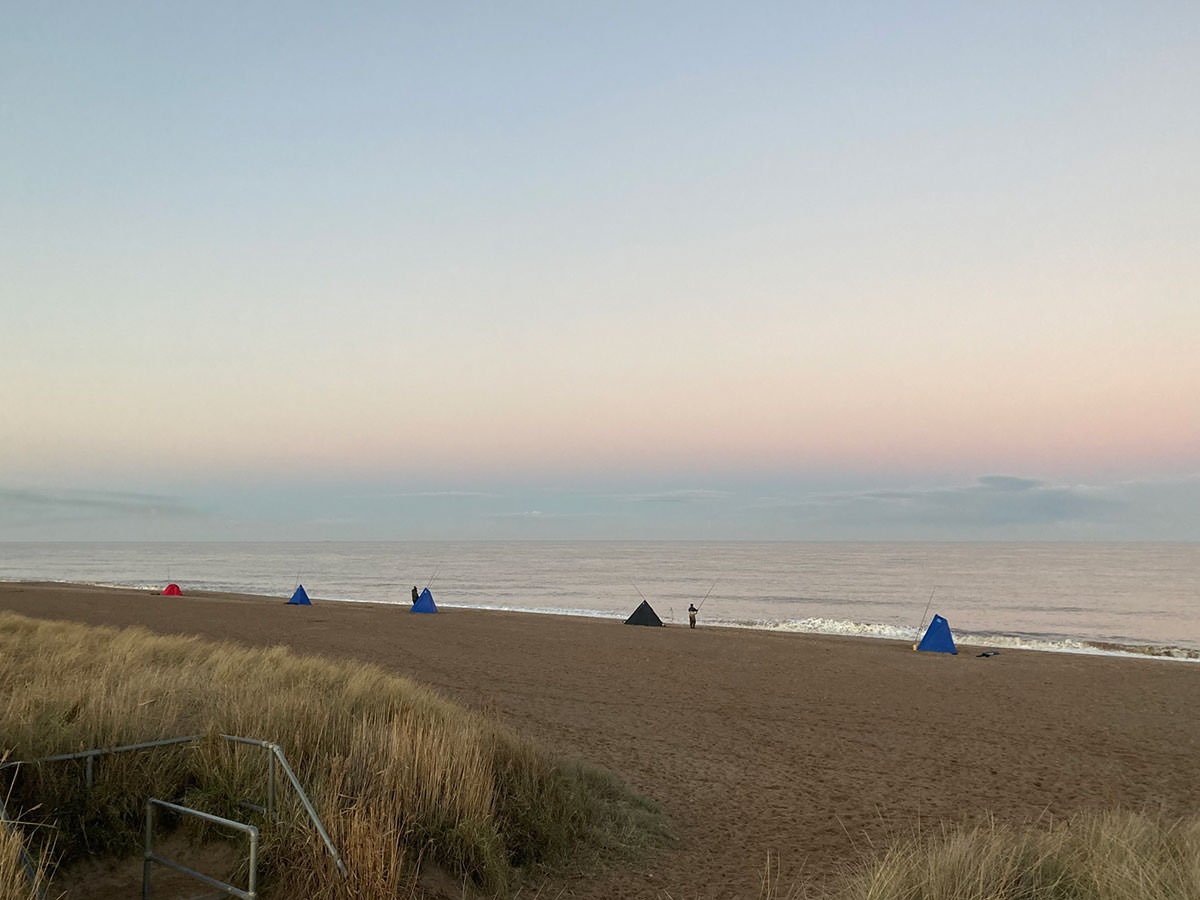 The rest of the anglers all caught fish with Matty, John and Milo on around 2-3m and the rest 1-1.5m and no blanks were recorded.

It was great to see yet again a good proportion of top Grimsby anglers travelling down to fish the match, many thanks for your continued support and hopefully we will see you all again at the next match on Saturday 4 February at Trunch lane. Many thanks to Adie for placing the pegs before the match and to Russell for running the match.