Despite poor weather making the conditions unfishable on a number of days anglers who ventured out on the Lancashire coast managed to find cod and whiting.

Anthony Roney saw the window in the weather and decided to grab a quick chance at low water. It turned out to be a great little session as he had five fish and lost a couple. The biggest just touching 6lb and 60cm with the others ranging fro 2 to 3lb, all falling to black and squid. 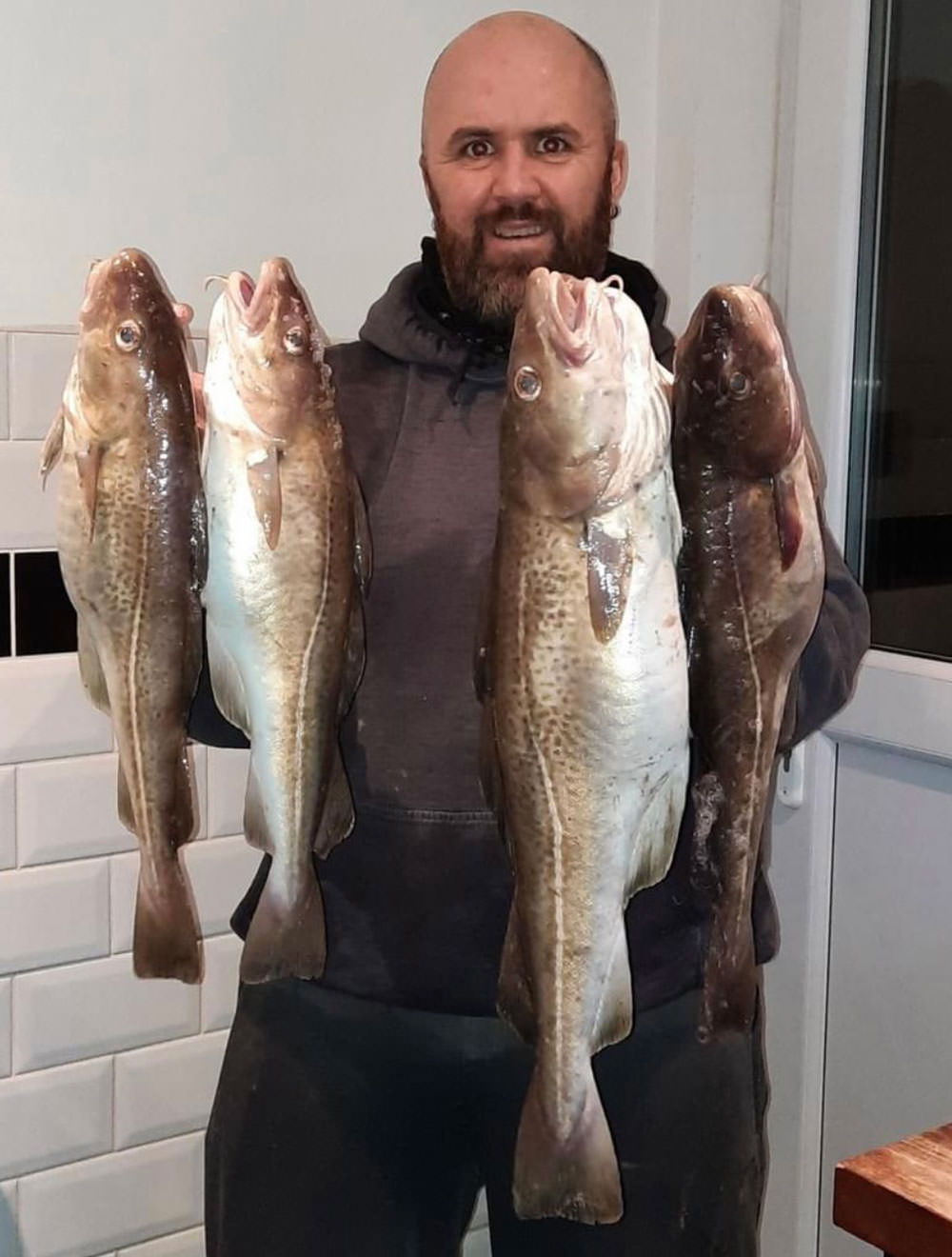 Adam with his cod

Fleetwood and District Angling Club were out at Beach Road where they enjoyed a bit of a whiting fest.

As expected with the southerly winds the cod fishing was rubbish, only two caught, David Hoyle and Phil Lamb the lucky anglers who are on cod for tea.

Twenty nine anglers fished everyone caught fish. Could have done without the rain and the weed was a bit of a pain at times. Worm tipped with fish, or just sandeel was the go to bait..

Very close match but congratulations to David G Hutchinson who was top rod on the day.

Next weekend it is the Hookers Bait Open on Saturday, we hope the club members do well and win a few prizes and on Sunday the club match is at the Miners Home, and is a combined flat and round match with fishing from 2.30pm to 5.30pm.

The AGM went off ok, although we could have done with a few more members there, but after getting wet and cold at the club match, sitting in front of a warm fire was more appealing.

Leyland and District club were in action at Five Bar Gate, Cleveleys.

Thanks to the 15 members who supported the match, everyone caught. And thanks again to Jordan Russell of Bispham Sea Angling for the excellent bait.