The Skegness Pier Angling Club (SPAC) AGM took place in the New Park Club Skegness, followed by the annual Trophy Presentation, grand raffle and buffet. Committee details/winners are as listed below and some photos are attached: 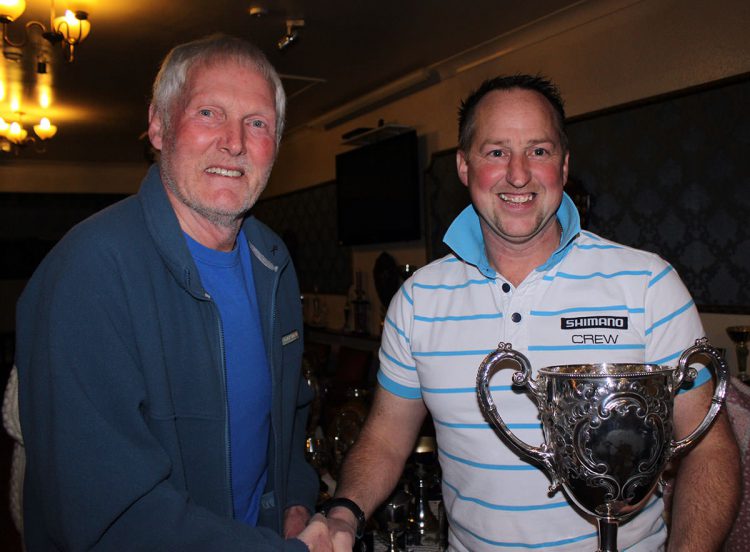 Adie Cooper (right) receiving one of his trophies from Alan Steadman

The annual AGM match took place the day after, in perfect conditions at Chapel Point. Unfortunately, the fish were hard to come by, but Grimsby ace Adie Cooper made good use of his prodigious casting skills, to catch 9 dabs and 3 whiting measuring 276cm in total, winning the Healey Cup. Some way behind in second place came Paul Denholm, with 3 whiting, a flounder and a small coalfish for 111cm. He also won the longest round fish prize with his best whiting, which hit the measure at 33cm. Karl Nangle made it a clean sweep for Grimsby anglers, taking third place with 4 dabs for 85cm. Croxton’s Dave Burr struggled to catch just 2 dabs, but won the longest flatfish prize with a 28cm specimen. 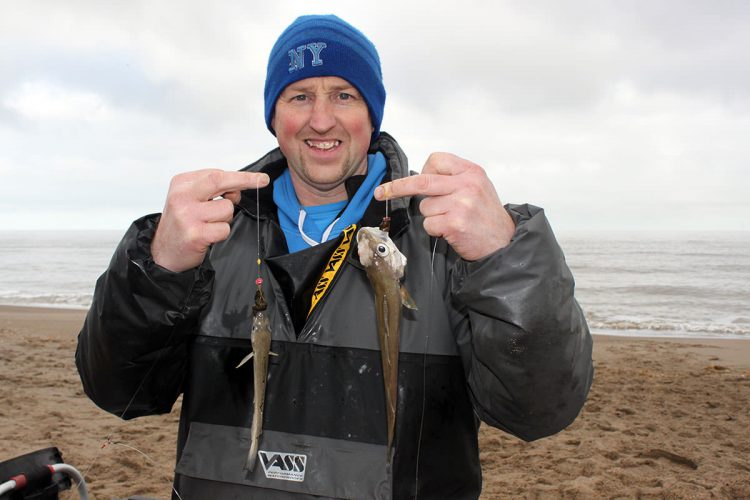 The next SPAC match will be held on Saturday 25th Feb from 4 till 8pm at Trunch Lane, with Club members fishing for the Gordon Long Cup. There is also an open section, which non-members are welcome to participate in. All current SPAC members please note that subscriptions have remained the same as last year and are payable by the 31st Mar. For further information please contact Chas Tibble on 07984 967988 or chastibble@hotmail.com