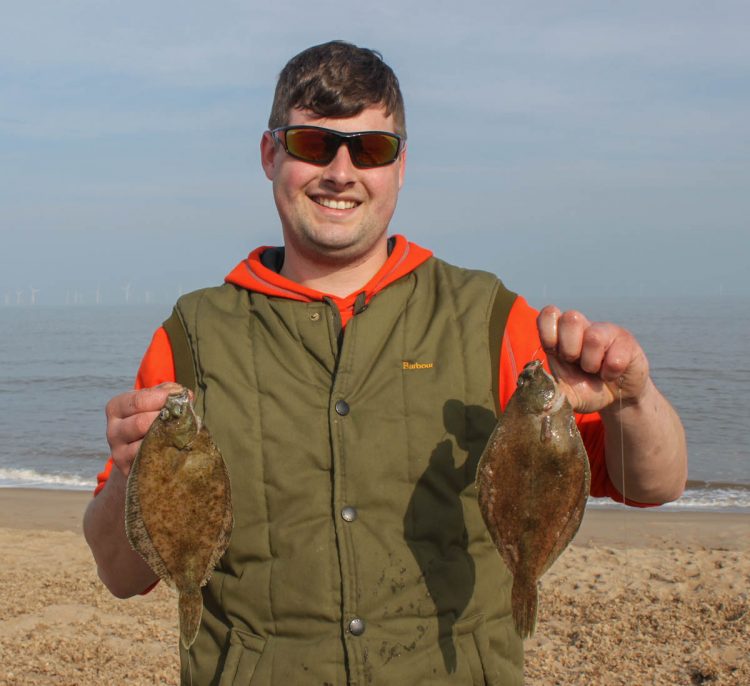 Dan Jackson maintained his good form with another win in Match 7 at Winthorpe Avenue. This time he caught 3 whiting, 5 dabs and a small thornback ray to win the Derbyshire Miners Cup with 228cm. Top Grimsby match angler Karl Nangle also caught 9 fish, but had to settle for second place with 197cm. Adie Cooper again finished in third place, with 4 fish for 104cm. Dave Burr is making a habit of catching lesser spotted dogfish, winning the longest round fish prize for the second match in succession, with a 67cm (2lb 10oz) specimen. There was a 3-way tie for the longest flatfish prize, with Paul Denholm, Karl Nangle and Ian Nelson all catching 28cm (8oz) dabs.

The next SPAC match will be held on Saturday 23rd Apr from 5:30 till 9:30pm at Chapel Point with Club members fishing for the Hewison Cup. There is also an open section, which non-members are welcome to participate in. For further information please contact SPAC Secretary Chas Tibble on 07984 967988 or chastibble@hotmail.com