For the 2nd round of the Rite Gear Estuary Championships, 30 top matchmen from around the east coast and further afield descended upon Sutton Bridge and the River Nene. With the booking in over and done with by 9am, everyone was eager and keen for the whistle to blow and anticipation was high as this venue can produce some stonking great eels and excellent flounder along with the occasional good sized bass and sole later in the year.

The main fear was that the recent downpours and typical English weather would mean an influx of fresh water in the river which would possibly spoil the flounder sport and unfortunately this turned out to be the case. Action was with sporadic along the whole match stretch; although zone B was certainly the better of the sections to be fishing as none of the 15 anglers blanking compared to six in zone A. 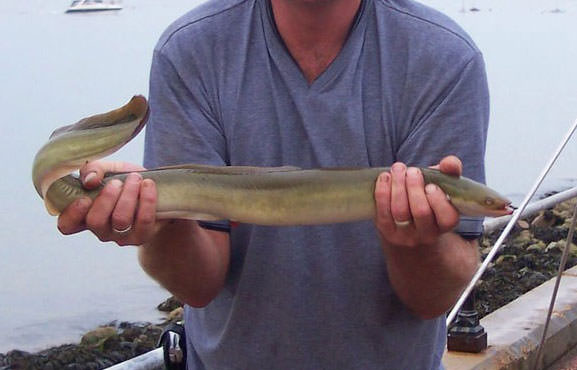 Two men who stood out from the crowd were Jeff Stannard on peg 31 and Robert Tuck on peg 12, both fighting for the top spot in their respective sections as well as the overall prizes. Jeff managed to take top spot with nine fish for a total weight of 3lb 6oz to just better Robert’s six fish by an ounce. Third place overall went to Lymington matchman Andrew Dawkins who travelled up with his son Michael, an England youth international. Andrew banked five fish weighing 2lb in total.

Section A was won by Robert Tuck with Andrew Dawkins in 2nd place, and Section B was won by Jeff Stannard with young Henry Randell taking 2nd place with six fish weighing 1lb 13oz.

The heaviest round of the day went to Ed Driver with a lovely eel of 1lb 2oz and the heaviest flatfish prize was taken by Henry Randell with a 29cm flounder.

All in all a very poor match with many normally consistent anglers left scratching their heads and wondering where all the fish had gone.

Next match is at Kings Lynn back on the east bank stretch on the 15th July , please not this match is starting at 9am.