After the disappointing cancellation of the Poole species hunt due to the weather, it was good to hear that the wind would subside enough to allow the boats to put to sea. The prediction for the weekend was for a close competition as the wind and rain had added a considerable amount of colour to the inshore waters around Poole, any species that hunt predominantly by sight would be much harder to target so a good scent trail could be the way to produce the numbers of fish if not the variety of species.

The wind had reduced from Friday morning but it was still a good 5 gusting to 7, but the land would provide some shelter for the boats least the land should give us some shelter. 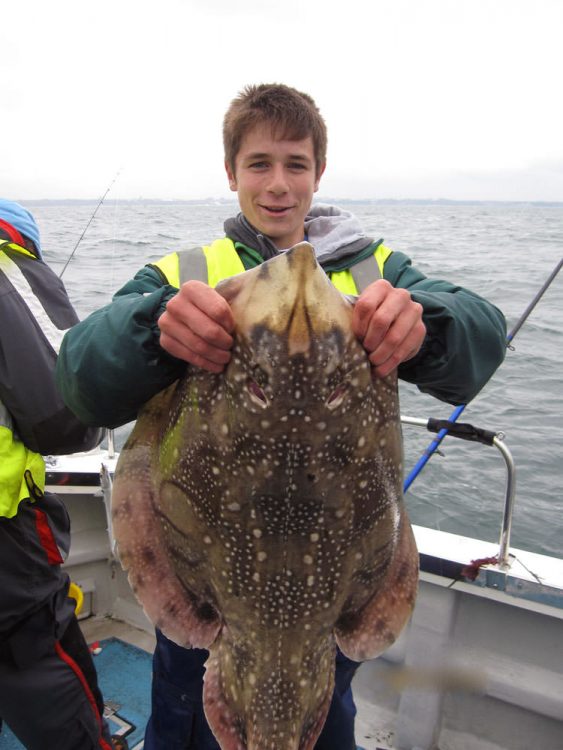 With the boats fully loaded and positions drawn five of the six boats headed out of the harbour and turned right to seek shelter in the lee of the Swanage shoreline with one heading out to Poole patch. Getting that scent trail going proved a little bit of a challenge as the boats moved around the anchor spreading the trail thinly over a wide area. The dogfish were quick off the mark followed by a few bream, rays, pout, whiting and mackerel. The skippers tried their best to locate the fish by moving around to try different areas; possibly not the right tactic in these conditions it may have fished better if the scent trail had more time to work, however the skippers couldn’t be faulted for their efforts.

As predicted the top scores on each boat were fairly low with Kent’s Mike Smith ending the Saturday as top rod.

By Sunday morning the wind direction had changed and decreased just enough to allow the boats to fish other areas. Two boats headed back towards Swanage with the remaining boats heading to areas slightly further offshore of Poole patch. The weather forecast for the day did not look too promising with strong easterly winds and lots of rain, fortunately the rain held off for most of the day, inland looked worse than offshore.

The water had not cleared by much so it looked like another day of scratching; there were a few different rigs in use ranging from two up, two down & one up one down. Young Ryan Casey opted for a two down rig tied with a 15lb hook length, size 2 short shank Kamasan Aberdeen hooks the result of this was a fine 15lb undulate ray. Ryan showed a great deal of patience over the 15 minutes or so that he took to land the quality ray. Paul Hart added a pirk to a two up rig to capture 10 mackerel on top of his dogfish, bream, bull huss and gurnard and finished top on the day with a superb 70 points.

Ash Currier was the only angler to manage two boat wins and become our 2012 English Boat winner, he now has a gold pin to add to his silver in this event.

A big thanks to all those who supported the raffle, not only by buying the tickets but for donating the prizes, all the monies collected will be added to the Purbec fund in remembrance to the 3 men who lost their lives so tragically a couple of weeks ago. 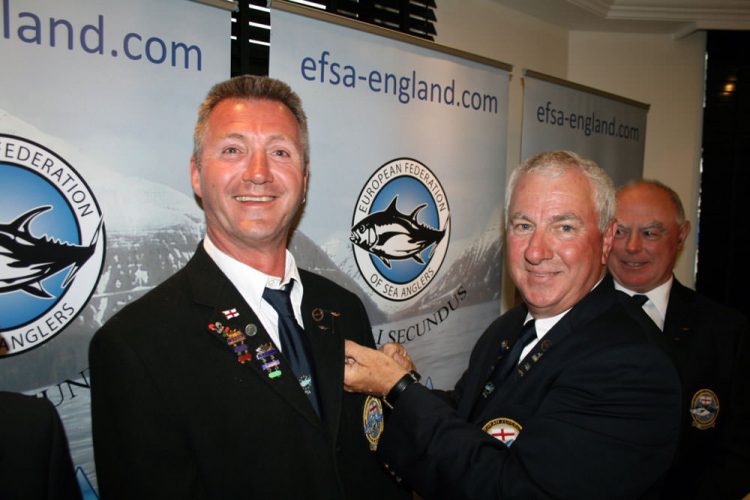 For a full set of results please visit the EFSA England website.