Boat angling is now at its best for several years with big mixed bags of cod, pollack and ling almost guaranteed on days when the conditions are favourable. The Sapphire out of Sunderland had a particularly successful recent trip when 40 double figure cod between 10lb and 14lb were landed out of a 60 cod total. Marc Vickers was pleased to land a personal best of 10lb 8oz, only to beat that on his next drop and take the biggest cod of the day with a super specimen of 18lb 8oz. Tony Mason on the Slinky Kate out of the Tyne also landed a cod of 18½lb to take the current lead in the Royal Quays Summer festival. The Sarah JFK fishing off the Tyne took over 100 cod around the 6lb to 7lb mark with the best of 19lb taken by Keith Rider, and another of 18lb taken by Dave Dinning. The TJ Gannet out of Hartlepool had another productive recent trip taking lots of cod around the 6lb to 7lb mark over a single wreck, Matt Howden taking a personal best of 14lb. The inshore heavy ground around Craster and Amble has produced huge numbers of codling up to 5lb with many boats averaging 150 fish a trip, bait fishing and artificial shads have taken most of the fish.

The Ryhope Tuesday evening sweepstake fished at Claxheugh in the Wear saw all 33 anglers land some nice size flounders which resulted in a three way tie for first place with Paul Richardson, Alan Burton, and Bob Surtees all having flounders of 1¼lb. The Ryhope Sunday match in the Tyne also saw some big flounders landed. Bob Hamilton won zone A with 19 measuring 353cm, Bill Bell had 14 for 282cm, including the longest fish at 37cm, top junior Abigail Redpath had 13 for a total length of 240cm, and Lee Burton had 16 for 229cm. In zone B Wayne Harriman had 16 for 364cm, Paul Richardson had 12 measuring 296cm, Tommy Tate had 12 for 273cm, John Lovett had eight for 197cm, and the longest fish was a monster of 44cm taken by Alan Burton.

Andy Copeland had an excellent pleasure session on South Shields pier where he landed nine plaice and a couple of flounders. 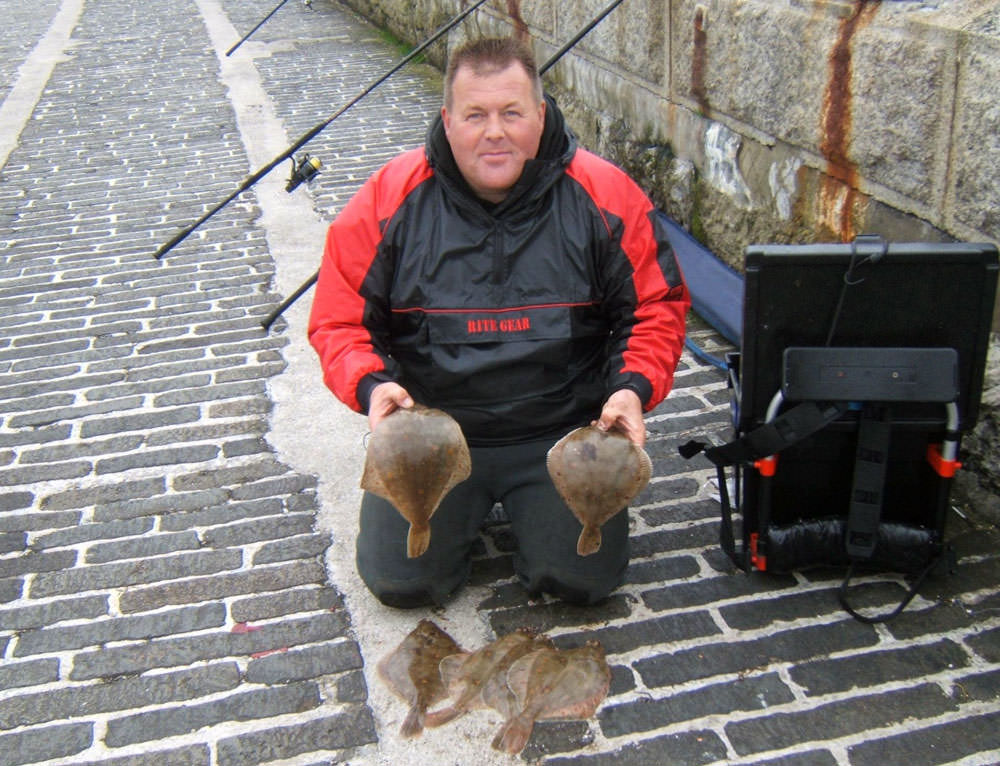 Coalies were the main species in the South Shields monthly sweepstake match on the pier where Mark Robson won with seven totalling 5¾lb, followed by Andrew Nickerson with four weighing 3¾lb.

Hartlepool Pirates had another away match at Port Carlisle for the normally abundant flounder but were foiled by heavy rain and floodwater. Adam Dendrickson had the best at 42cm, Bill Bradley had seven for a total length of 220cm and Steve Swales had seven for 211cm.

The Bedlington Station Summer Open is on Sunday July 8th fishing from 11am until 3pm between Tynemouth Pier and Seahouses South Pier. Seaton Sluice harbour and the rivers Wansbeck, Coquet, and Aln are excluded but Blyth pier is included. Minimum prize is £200 for the heaviest bag, £100 for the heaviest round fish, and £50 for the heaviest flatfish, plus supporting prize table. Basic entry is £10, juniors free if accompanied by a paying adult. Register at The General Havelock, East Sleekburn from 9am until 9.45am. The weigh in is at the same venue from 4pm until 4.45pm. This is a Penn points match.