Chapel Point north beach showed why it is rated to be one of the best smoothound hotspots in the country this evening, with Skegness Pier Angling Club (SPAC) members enjoying some amazing sport with the supercharged small sharks. Richard Leighton called me at 7pm to register a specimen 11lb 8oz hound he had just caught, for the SPAC fish of the month competition. The tide had just started to ebb and Richard told me was staying till about 9pm, so I threw camera, weigh sling and digital scales in the car, then drove the 6 miles north to Chapel Point. 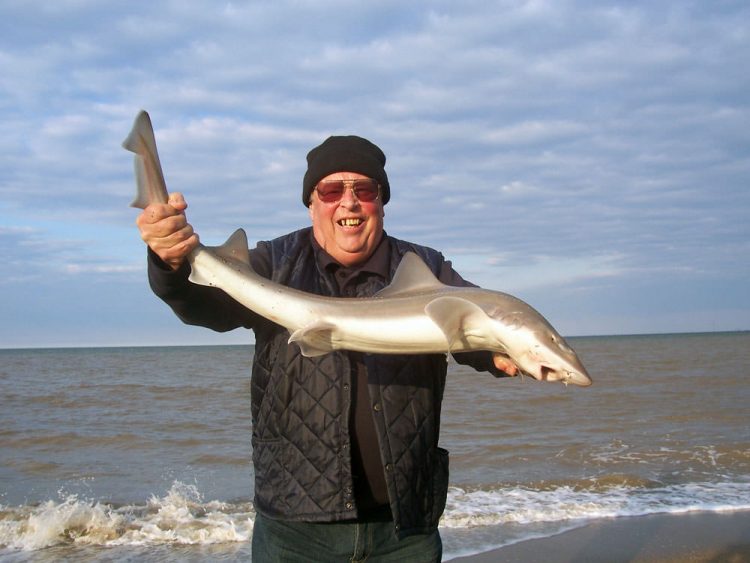 Richard was fishing about 100 yards north of the Point, along with his granddad Mick Morrell and fellow SPAC member Alan Steadman. There were also half a dozen other anglers spread along the beach. Just as I arrived, Mick’s rod was nearly pulled out of the rest and after a short battle a near double figure hound was safely tailed ashore. Then it was Alan’s turn, as another hard fighting hound gave a good account of itself. Mayhem then ensued, with no time to bait up spare rigs, as hounds hit the peeler baits within seconds of hitting the seabed. Alan dragged out a near double, then a nice one a shade over 10lb followed by a cracker of 11lb in consecutive casts. Mick was matching Alan fish for fish, with Richard having to drop his casts closer in to get a slice of the action. Alan regretted not having his drag set to give line, as a much bigger hound smashed him off close in. The other anglers were all catching well too, with the best hound landed weighing in at 13lb 8oz. 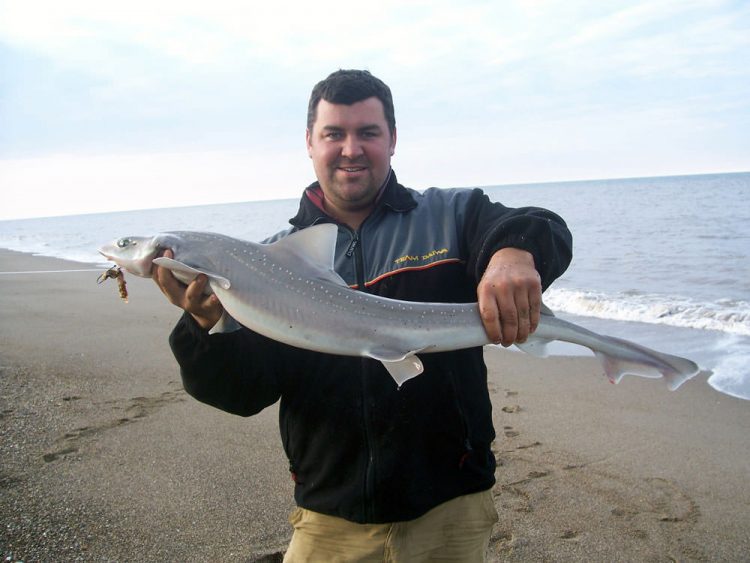 Then as quickly as they arrived, they were gone, with the shoal moving off with the ebbing tide, to decimate the crab population further north. During the hour that I was there, I saw about 20 hounds landed of varying sizes, with quite a few lost.

If we can get some settled weather for the next couple of weeks, prospects are now looking really good for the SPAC Lincolnshire Pairs on Saturday 30th June from 1 till 5pm at Trunch Lane. For further information contact me on 07984 967988 or chastibble@hotmail.com