The sea was somewhat flat as wind died off towards the end of the night. Progress was slow to start with as the odd small flatties and pin whiting showed and the horrible mayweed meant it was frustrating for most. But soon the hounds started to show and in total nine smoothhounds, two bass and lots of flounders meant that the points scores were going to be high. No one could touch David Lake during the match as he proved to be the Hound Hunter. Taking first place by storm with a four fish total his 21lb bag is the heaviest score in the league to date. 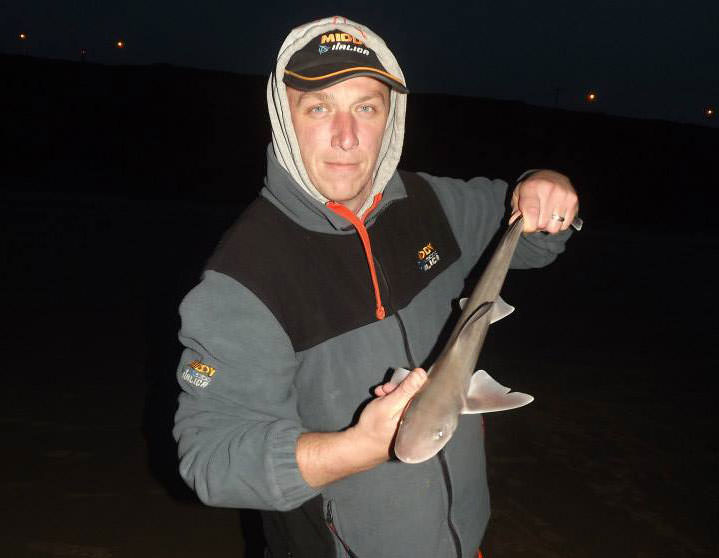 Second place went to Richard Craske with four fish weighing 5lb 6oz, a big well done to him as it was his first match. Third place went to guest angler Simon Bone who managed a triple shot of flounder on his last cast and a 46cm Bass giving him a total of 4lb. Clearly a good angler taught him. In total there were 30 sizable fish and the biggest hound was one of 96cm which fell to David Lake. He also had the biggest flatfish, a 35cm flounder while Simon’s bass was the biggest round fish.
Next Match is on the Sunday the 11th at Kings Lynn, Great Ouse 1pm till 7pm. If you are attending can you please let Dene Conway know in the shop by Friday.