A swell running early last week saw some anglers pick up a few decent bags of cod with fish to 6lb showing from several beach marks along the Durham coast, the piers together with some of the more obvious rock edge marks north of Roker. Again night time sessions were the most productive but there were still plenty of smaller fish showing in daylight hours with flounders, dabs, coalfish, small codling and the odd bass all showing in increasing numbers. There are plenty of flounders in all of the regions rivers where worm baits will take most of the smaller specimens. Those anglers lucky enough to have fresh crab might pick up a few bigger flounders around the 2lb mark and possibly a bigger cod from the lower Wear or Tyne. Some anglers have reported massive catches of mainly smaller fish from the lower Tyne marks where the Walkway has seen cod, whiting, coalies, flounders, dabs, eels, rockling and pollack sometimes being landed three at a time. Measure and release matches should be very popular over the coming months. 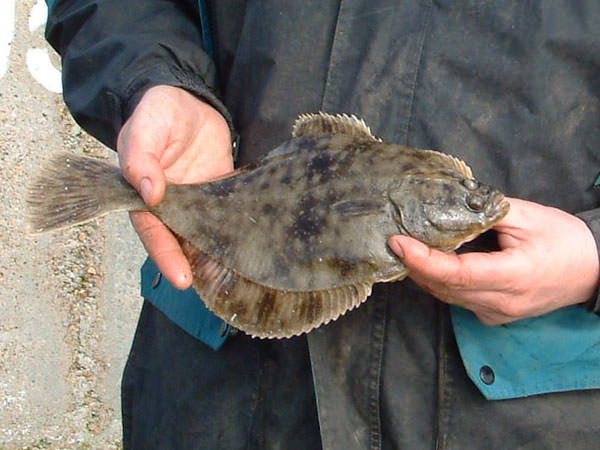 Plaice are starting to make a comeback as the seas flatten off, and the Northumberland clean ground beach marks have produced the odd turbot amongst the more common flounders. Flounders, plaice, and bass are present in increasing numbers from most of the west coast Solway marks where bags of 20 plus fish are relatively common. As the sea temperature warms up and crab start to peel many clubs will be heading that way for productive catch and release flounder matches. Fished over high water the slightly deeper marks around Silloth have produced dogfish, conger eel, bass, and lots of small codling amongst the flounders. Sunderland angler Micky Quayle, a regular visitor to the Cumbrian marks, reports a thornback ray of 5lb 10oz taken on fresh mackerel from Silloth promenade. Port Carlisle is one of the more well known marks in this area. A recent sweepstake match saw Ken McCoy win zone one with 37 fish measuring 1197cm, and Steve Potts win zone two with 27 fish for a total length of 884cm. Chris Potts and Gareth Gardner both had specimen flounders of 43cm.

A recent Hartlepool Pirates match saw mixed bags of cod, dabs, flounders and coalfish landed. Bill Bradley had a four fish mixed bag of cod and dabs totalling 2lb 15oz, J. Watts had three flounders for 2lb 6oz and S. Shields had two flatties weighing 1lb 5oz. This was their last match of the first leg of the winter league which sees Bill Bradley in the lead with 66 points ahead of Steve Swales with 51 points and M. Hutchinson with 49 points. Next match is May 9th fishing from 7pm until 12pm. Next meeting May 29th 7.30pm in the Stranton Social Club.

A couple of nice fish showed up in the Seaham Davison Cup match when 14 out of 57 weighed in 17 cod, three flounders, a bass and one coalfish for a total weight of 38.74lb. Dean Furness took three fish from the Blocks for 8.40lb, the best weighing 3.39lb. Ken Newton had two weighing 4.69lb from the Falls, and Dean Redden had two in a bag of 3.78lb from the Chemical Beach Ledge. The South Shields monthly sweepstake match saw Bill Buckham win with a nice cod of 6lb, D. Hall had one of 1lb 6oz, and Andy Brotherton had one of 1lb 3oz. It was mainly flounders brought to the scales in an East End travelling match with plenty of flounders now moving onto the Northumbrian beaches and local estuaries. Gregg Norris had seven for a total of 5lb 2oz taken at Alnmouth, Mark Bennett fished the river Wansbeck to land two weighing 1¾lb, Nicky Robson had two for 1lb 11oz from the Tyne, and Ray O’Brian had a scarce size cod from the Tyne of 1 ¼lb. A Durham Police match in the Tyne saw Peter Chadwick win with seven fish measuring 159cm, ahead of Mick Dunn with seven for 154cm, and Josh Pool with five for 121cm.