With smoothhounds and bass making an appearance at the Bass Festival on the 14–15th May, it was an excited group of 19 anglers who turned up at Weybourne for the Club’s latest match. But half of Norfolk also decided to take advantage of a beautiful evening and so mess up our opportunity to get 19 pegs on the beach without walking all the way to Kelling.

So, without further ado the venue was quickly changed to Kelling via the Collection. We were joined by Alin Hantig and Michael Craske for their first match, and Max Goodchild returning for his second match, welcome guys hope you enjoy the evening. 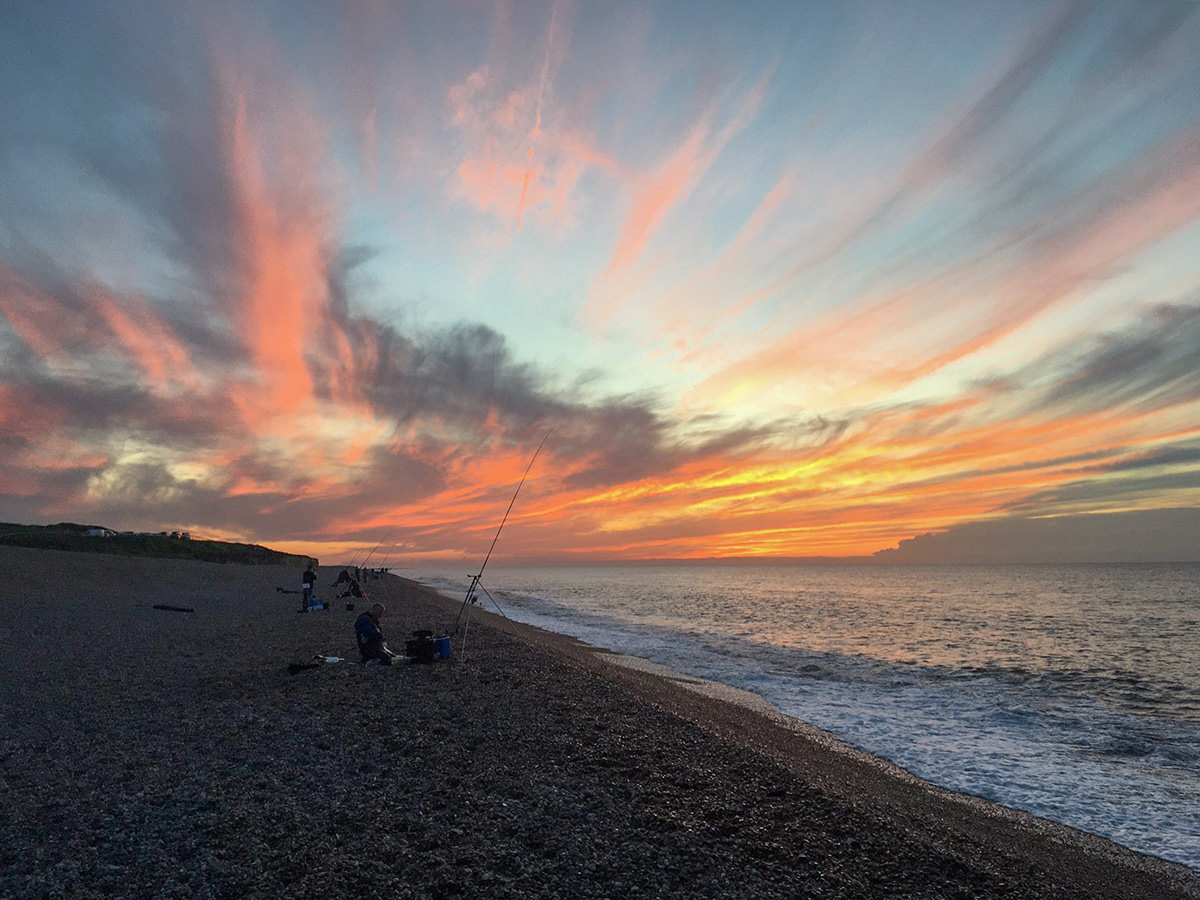 As soon as lines were in the water the bites started coming with Andrew Turk (peg 19) and Simon Bottomley (peg 18) picking up pouting, quickly followed by hounds arriving to certain pegs. But the highlight of this initial flurry of activity was a magnificent bass caught by Richard Craske (peg 16). Weighing in at an impressive 65cm, 260 weight points (5lb 7oz) actually 61/2lbs on the scales.

This was quickly followed by John Harvey (peg 17) picking up a 76cm smoothhound and the hounds kept coming with Cain Plumb (peg 8) landing the biggest smoothie of the night, a magnificent 88cm specimen, just pipping another hound from John Harvey of 86cm. 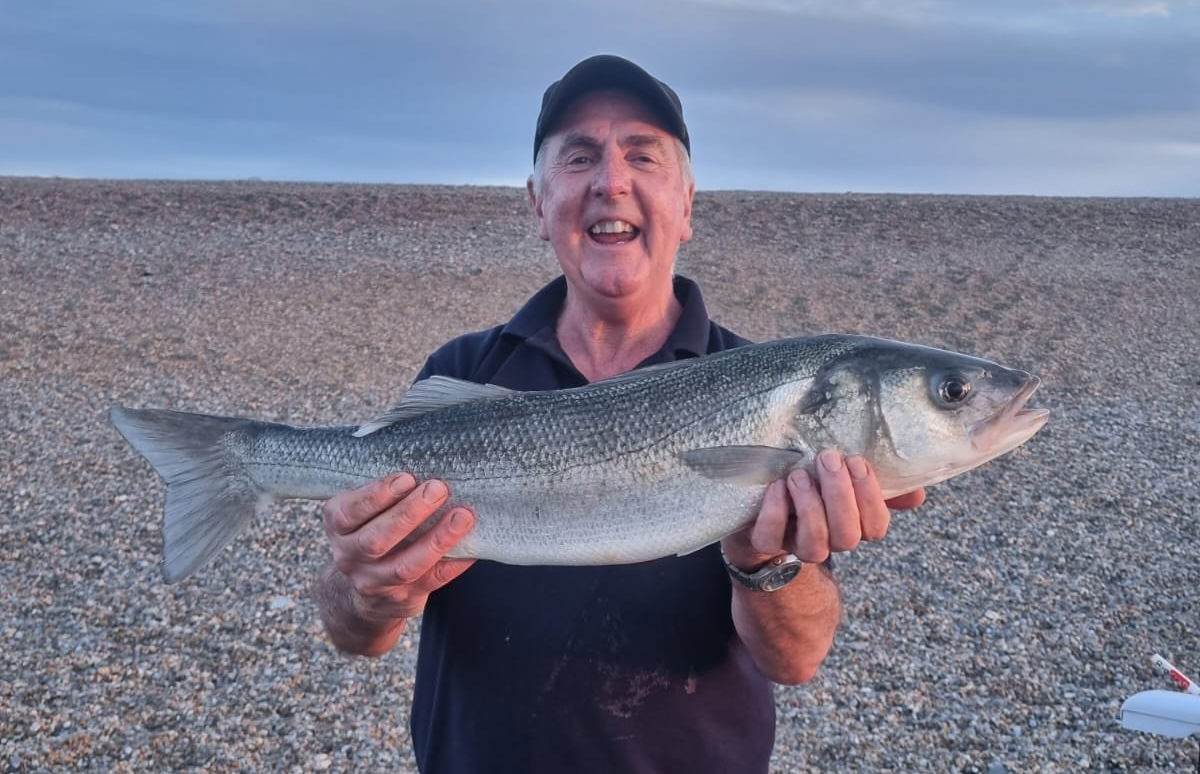 Richard with his bass

The lasting impression of the night goes to Richard Craske with his bass, who’s photo makes him the new poster boy for NAC. It’s a sorry state of affairs that even with such an impressive fish that he did not get even a top three position, managing 4th.

Well done John Harvey for an excellent result, clearly showing how its done. While last week’s winner Cain Plumb on his favourite beach picked up a decent second position, and landing the biggest flatfish and round fish at the same time together with the lucky peg…..nearly, but not quite a clean sweep. 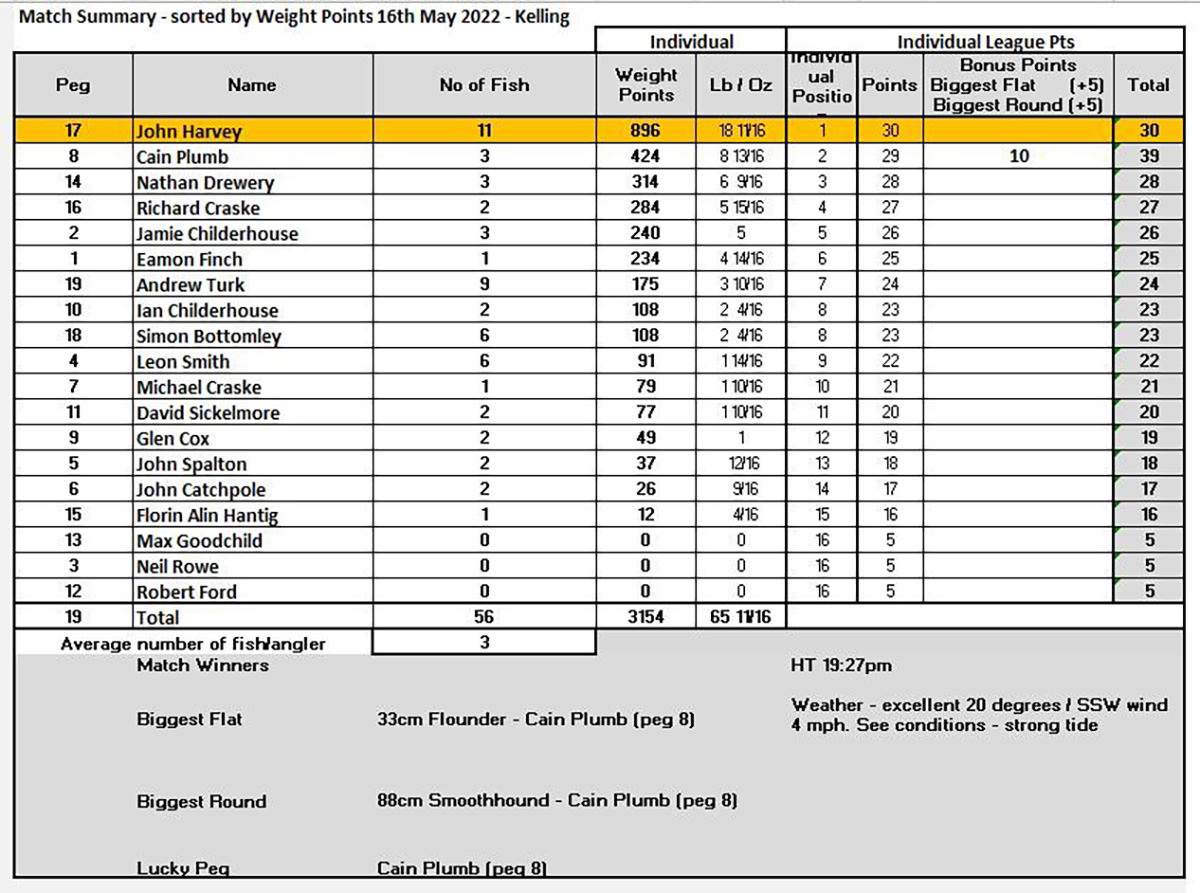 It is starting to become quite a tussle in the last matches of the league between John, Nathan and Cain and not forgetting Ian Childerhouse and John Spalton. However, John Harvey’s first place does come with some reward, the NAC Eamon Finch Monday night trophy, which he’s allowed to keep for 1 week, thanks Eamon, so who will win in next week?

Next week’s match will at Gt Yarmouth on the North Beach, fishing the ebb with low water at 22:20hrs.