After last week’s disappointing fish show at Cart Gap there was optimism in the air for the Bank Holiday Bacton match. With the early afternoon weather report from Gus looking favourable, fingers or paws crossed, it was looking good.

As expected, a lot of anglers turned up early so the pressure was on for an early start. 17 anglers assembled for the match (missed Steve Medlar due to COVID) with Max Goodchild joining us for his first match, welcome aboard. Just a reminder that match numbers are confirmed Monday morning by match admin, so please flag “going” on Facebook by Sunday night. We need to know names and numbers for angling insurance purposes. Pegs were drawn promptly at 6:00pm followed by a stampede to hit the beach. As there was a number of pleasure anglers on the beach we pegged towards the gas terminal. 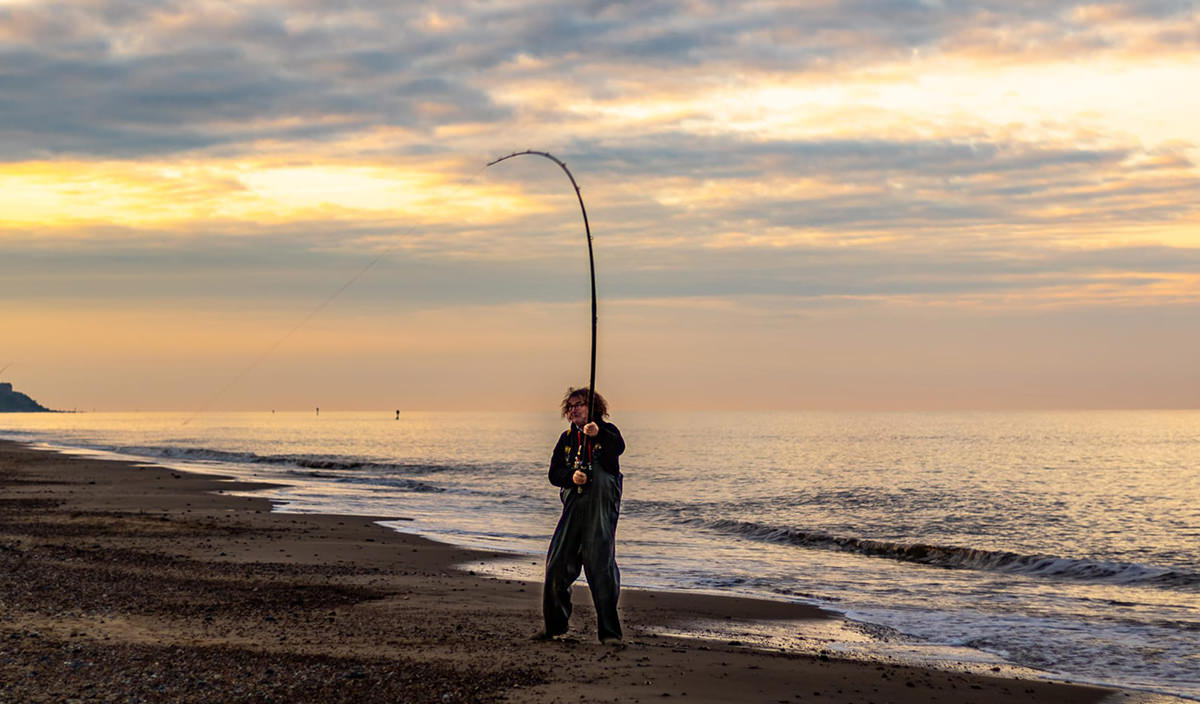 As usual we were fishing to size and with a flood tide (HT 20:24) we all cast in hope that last week’s poor showing wasn’t on the cards. As the tide started to come in the early signs were good with some decent whiting for the long casters, followed by a show of dogfish, and a smoothhound. The fish continued to be carded with Nathan fishing on peg 6 picking up the biggest flatfish, a 28cm dab and the biggest round fish of 60cm for a dogfish.

In total 97 fish caught, no blanks with a fish/angler ration of six fish, six times more than last week at Cart Gap. Must have been all those extra orders of crabs/ragworm from Dene! Look out for AJ’s photos later on Facebook, he seems to have spent the night taking photos instead of dangling. Hopefully they’ve all caught our better fish and casting actions. 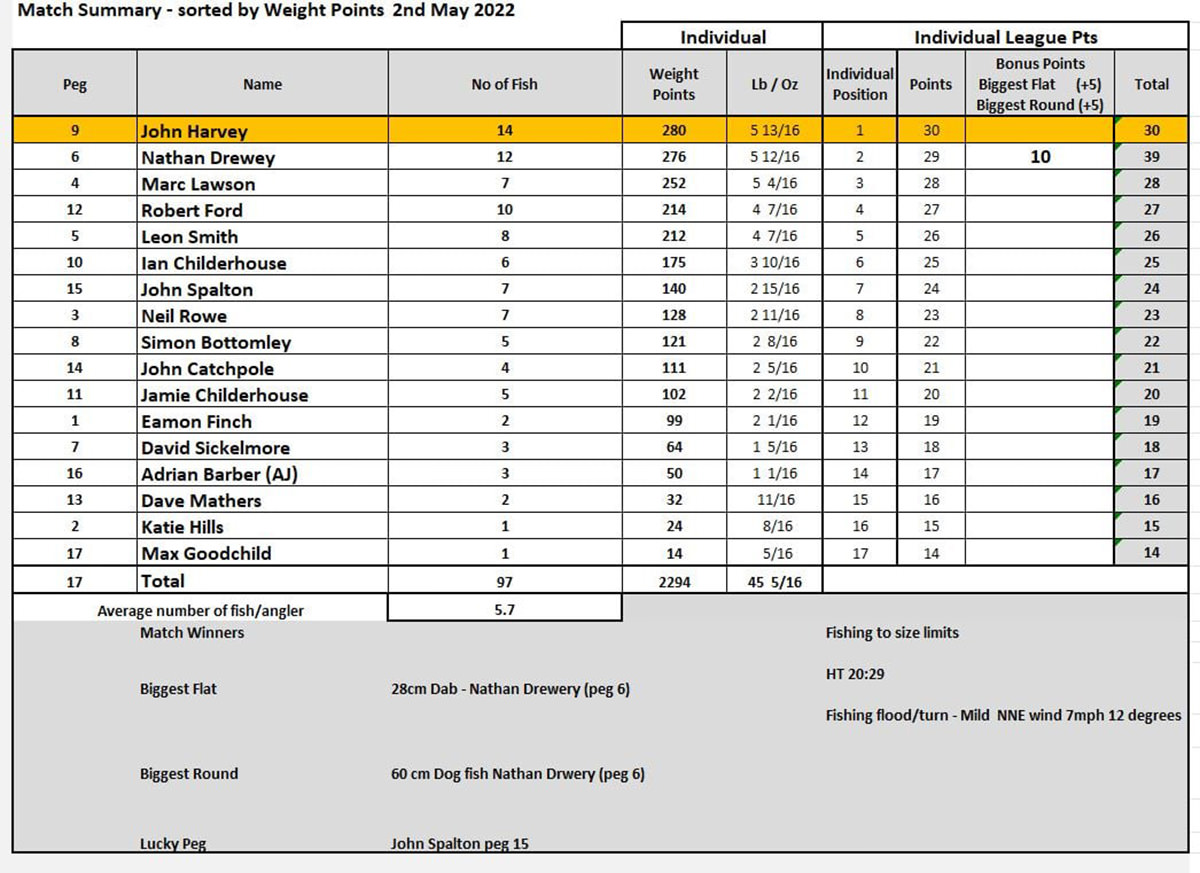 Match winner was John Harvey (peg 9) with a 14 fish to his card including a 55cm smoothhound, and total weight points of 280. Just pipping Nathan Drewery (peg 6) by four weight points (276) one ounce and stopping him getting the match treble, with Marc Lawson (peg 4) picking up 3rd position with 252 weight points (peg 4) including three dogfish.

Next week’s match will be at Gt Yarmouth on South Beach fishing the ebb tide with low water at 22:23.