I’d like to say well done to Russell Parsons for running the match, he did a great job and the match ran smoothly, he has asked me to pass on his thanks to everyone for their support they gave him on Saturday and has kindly offered to run the matches in future – Thank you Russell.

Good conditions greeted the 23 anglers that arrived at Sandilands to fish the Ex-Service Cup and match four in the Skegness Pier Clubs League. Again, it was great to see the top tier anglers travelling down to fish with the club many thanks for your continued support. 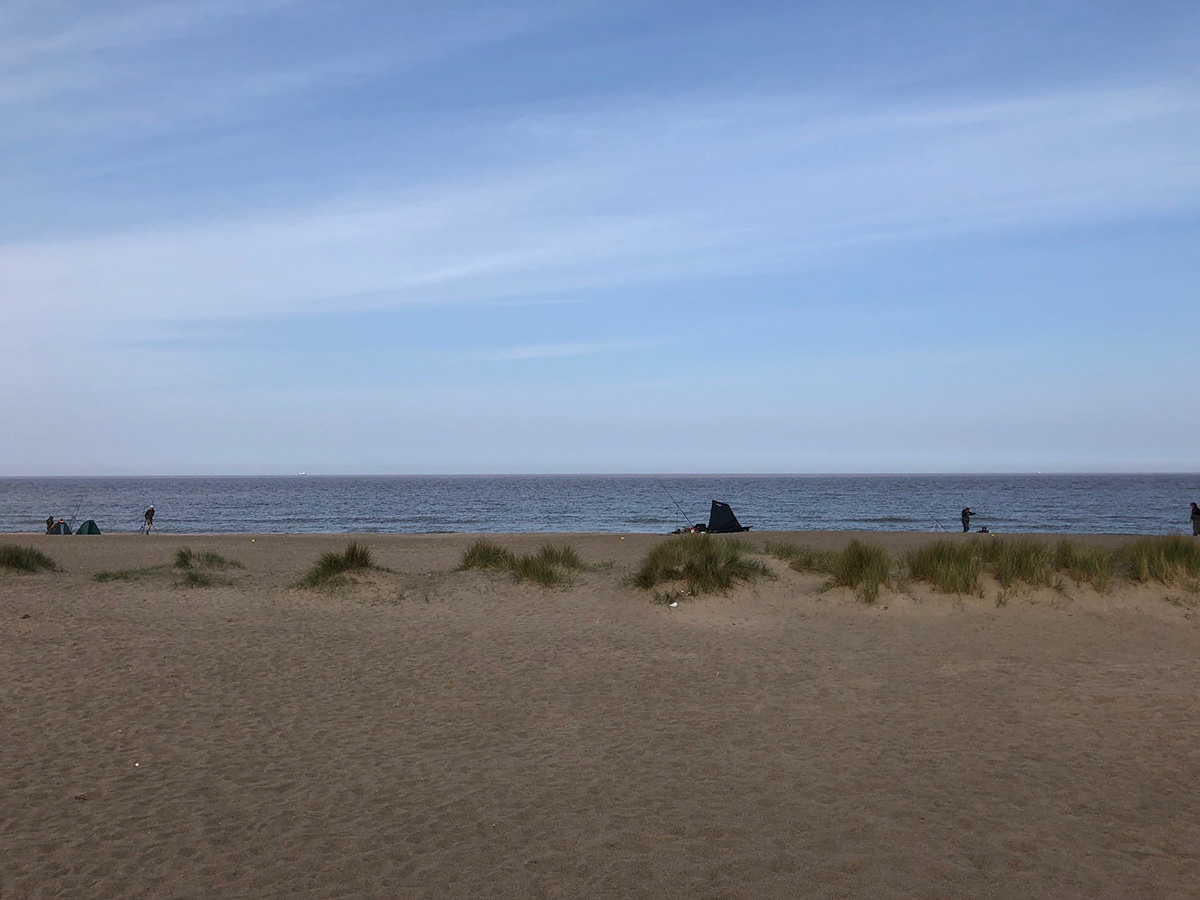 North end of the match stretch

Thanks too to the club stalwart’s fishing amongst them who make every match and the relative beginners competing in the friendly atmosphere alongside the experienced match anglers.

The fishing was slow on the flood with the anglers finding their ranges and altering tactics to scratch out fish. The main species caught where flounders, dabs, whiting, a small bass, a solitary dogfish and a turbot. Most caught fish along the match length as the match progressed, with the more experienced match anglers putting together bags of fish. 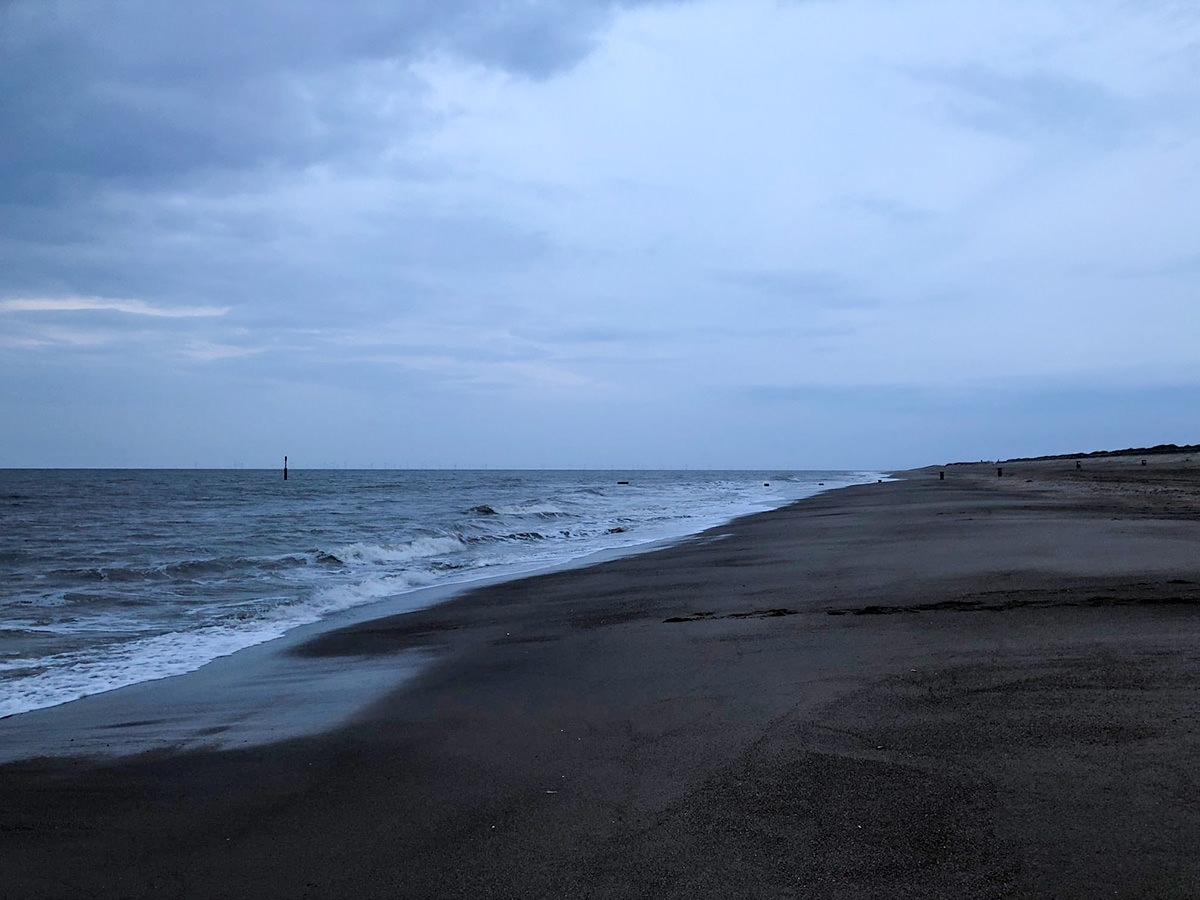 By high tide Adie Cooper (22) was out in front but as the ebb picked up the mid sections of the match started catching well and eroding his lead rapidly as he could only add one other fish in the first 45mins of the ebb. The fishing picked up for all as the tide dropped and a steady stream of bites appeared along the beach from flounders, dabs and bass as the beach shallowed.

Paul Marshall (5) started short with fresh lug but had next to no interest, next he tried long and had similar results. Then a change to small king rag baits at long range made the difference and he began catching. As the water dropped his bites stopped, he tried shorter casting once again and found the fish. He quickly caught flounders and dabs in a hectic last 45 mins right up to the end. This gave Paul third place with 8 fish for 211cm.

Dave Shorthouse on peg 8 caught fish steadily through the match on worm baits at long range however he knew he had to catch a dogfish or bass to overtake the leading bags of flounders and dabs. So switched to crab baits after high water to see if he could tempt the larger fish but this was not to be, and Dave came in fourth with 8 fish for 202cm. 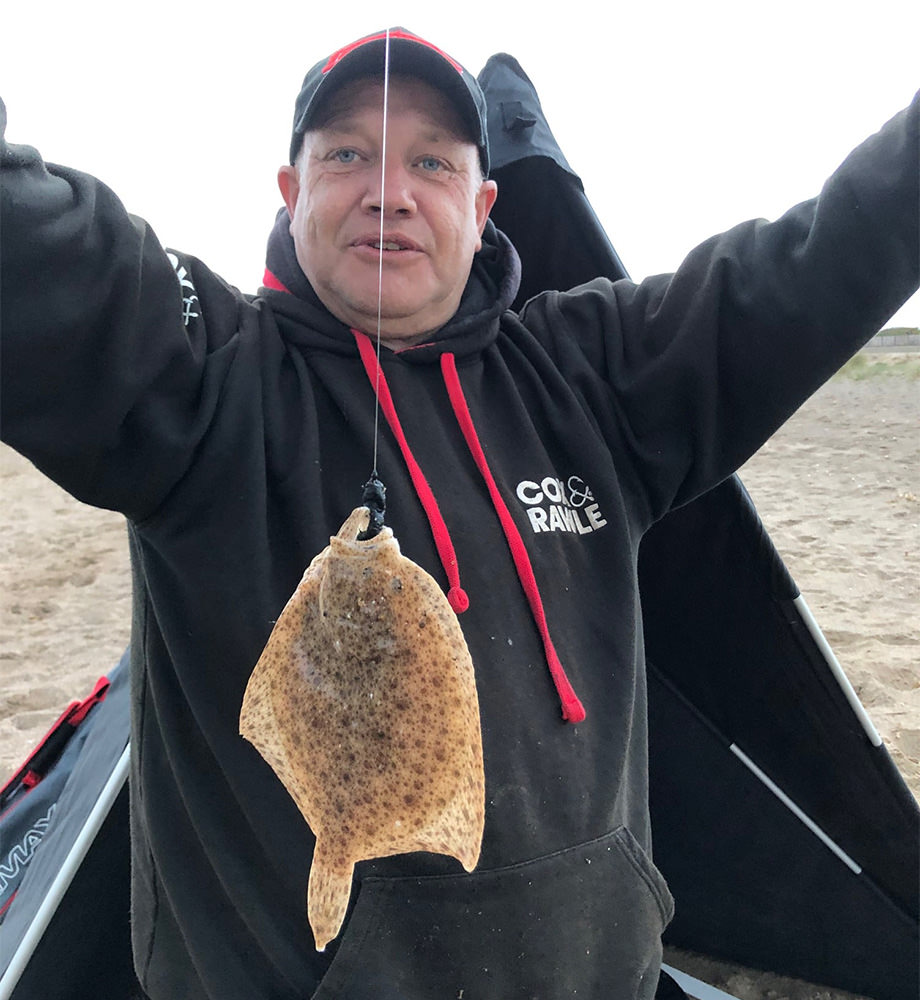 Ian with a turbot

Tom Marshall (7) had four flounders by mid match and similarly knew he had to try for a bass or decent sized fish so changed over rigs to a long up and over rig and single bait which paid off with a bonus dogfish of 56 cm and the longest round fish prize. Tom added another two flatfish to his tally and boosted by the dogfish came in with 216cm and second place, well done Tom.

Adie Cooper (22) started off after a dogfish or a ray at long range with single fish bait then switched to a multi-hook small worm baits rig and had fish straight away. He remained on this tactic for the rest of the match altering his casting distances and in a tight and focused fishing style caught a procession of decent flounders and dabs. Despite a lull in catch rate just after high water he picked up the fish again near the end of the match and had ten fish for 274cm for First Place. Very well done Adie. 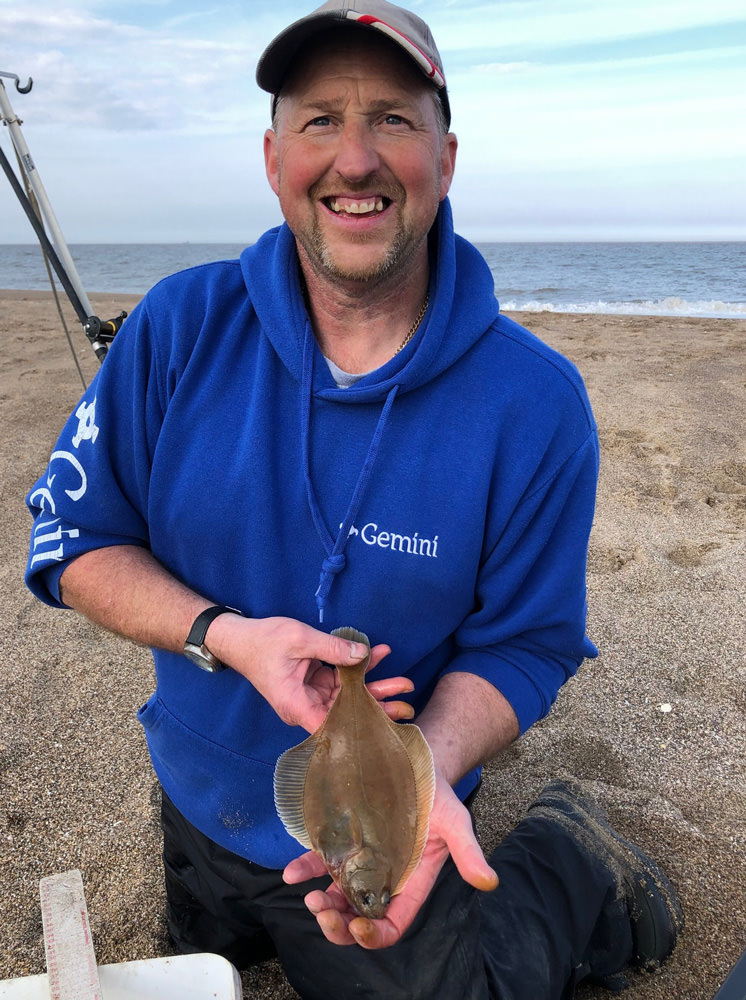 George Smith (4) caught small fish steadily to come in fifth with 161cm just short of the cash prizes and his travelling companion Simon Drayton again repeated his bass skills from the last match with a lovely 50cm bass taken on worm.

John Spalton (6) despite being hindered by a back injury caught steadily up to high water however during the later part of the match missed four good bites possibly bass and narrowly missed out on the prize money coming in in sixth place with 158cm. 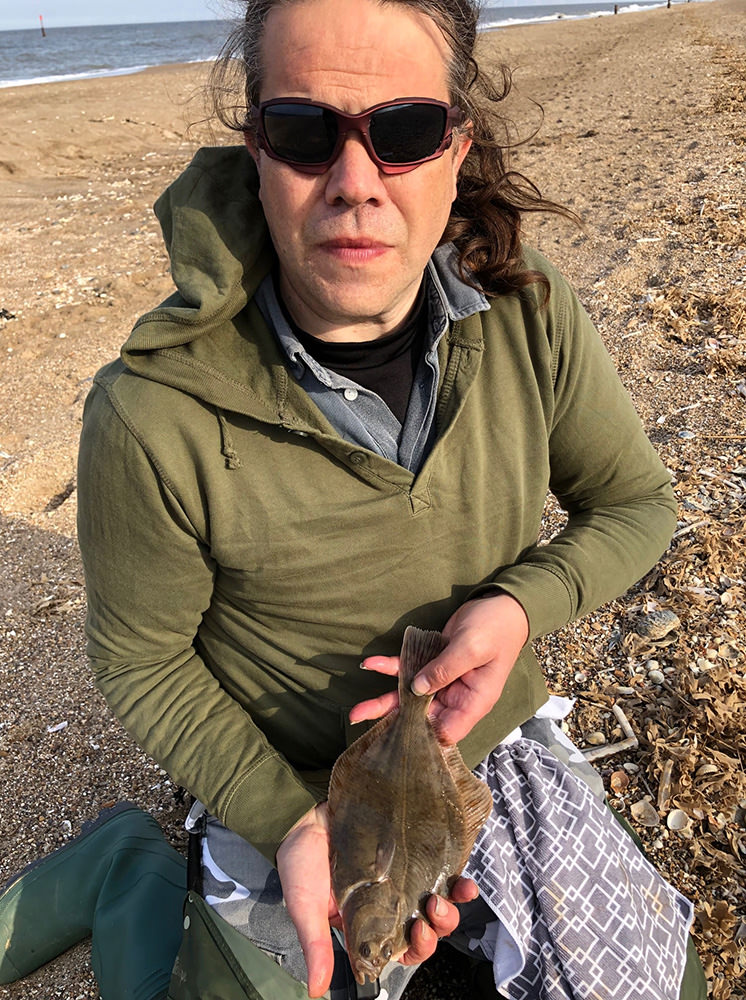 Andrew Brown with one of his flounders

The next six anglers where all close on around four or five fish for 1- 1.28m total length. Ian Nelson managed a late run of fish including small turbot, Dabs, and bass for 119cm. Paul Denholm had a good catch of 114cm, Tony Burman had 123cm and Andrew Brown with four nice flat fish for 108cm.

Another five anglers had between just one to three fish for 25-80cm minor placings and League points. The remaining six anglers unfortunately didn’t record any fish. 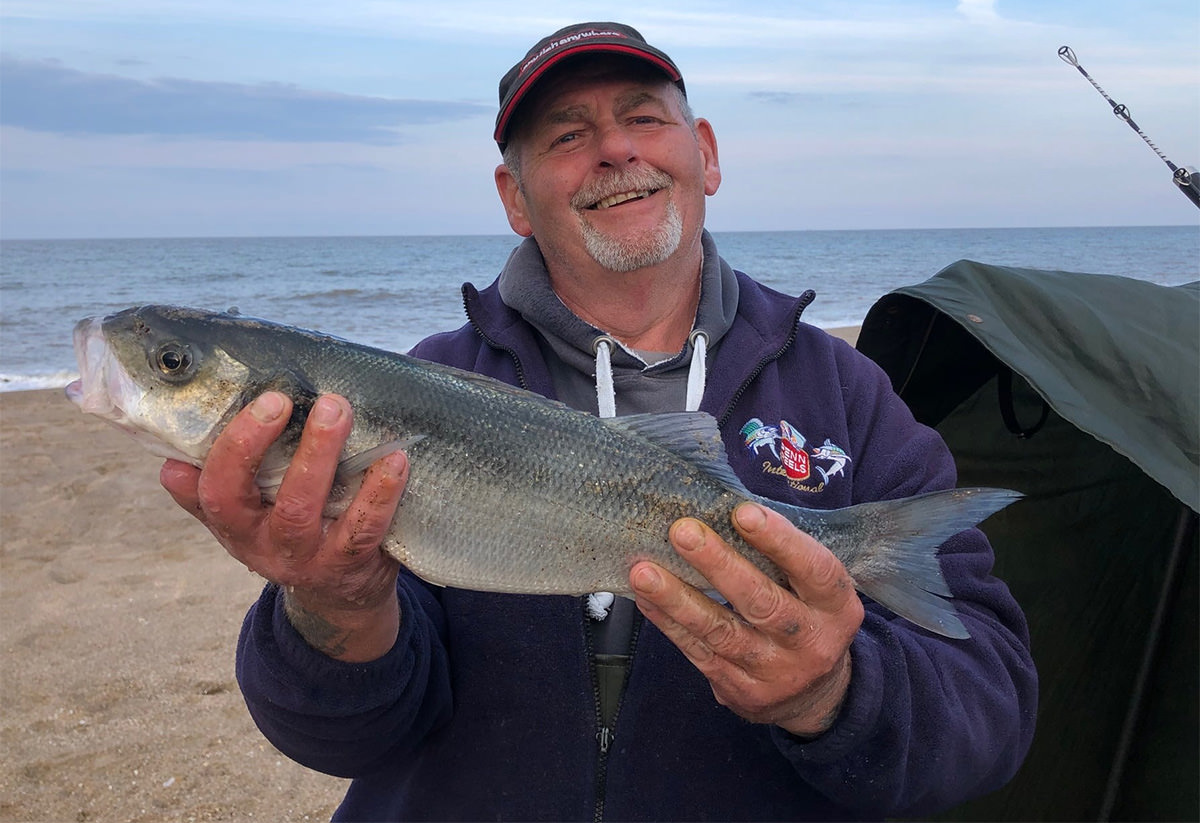 Simon Drayton with a nice 50cm bass on worm

The next match venue is being reviewed at the club meeting on Wednesday and venue and timings will be posted as soon as I have the details. This is due to a lot of feedback about the lack of parking and crowded beach conditions with holiday makers at the planned venue so an alternative will be discussed.

To give us an idea on the number of anglers fishing the next matches, Chas and Russell have asked if you could text or message them to confirm you are fishing, on the numbers which were handed out on Saturday. Adie can then set out the right numbers of pegs on the day. If you’d like to fish the matches and are new, please still use the Facebook events section and drop any of us a message to book your peg in advance and we will then pass it onto them. 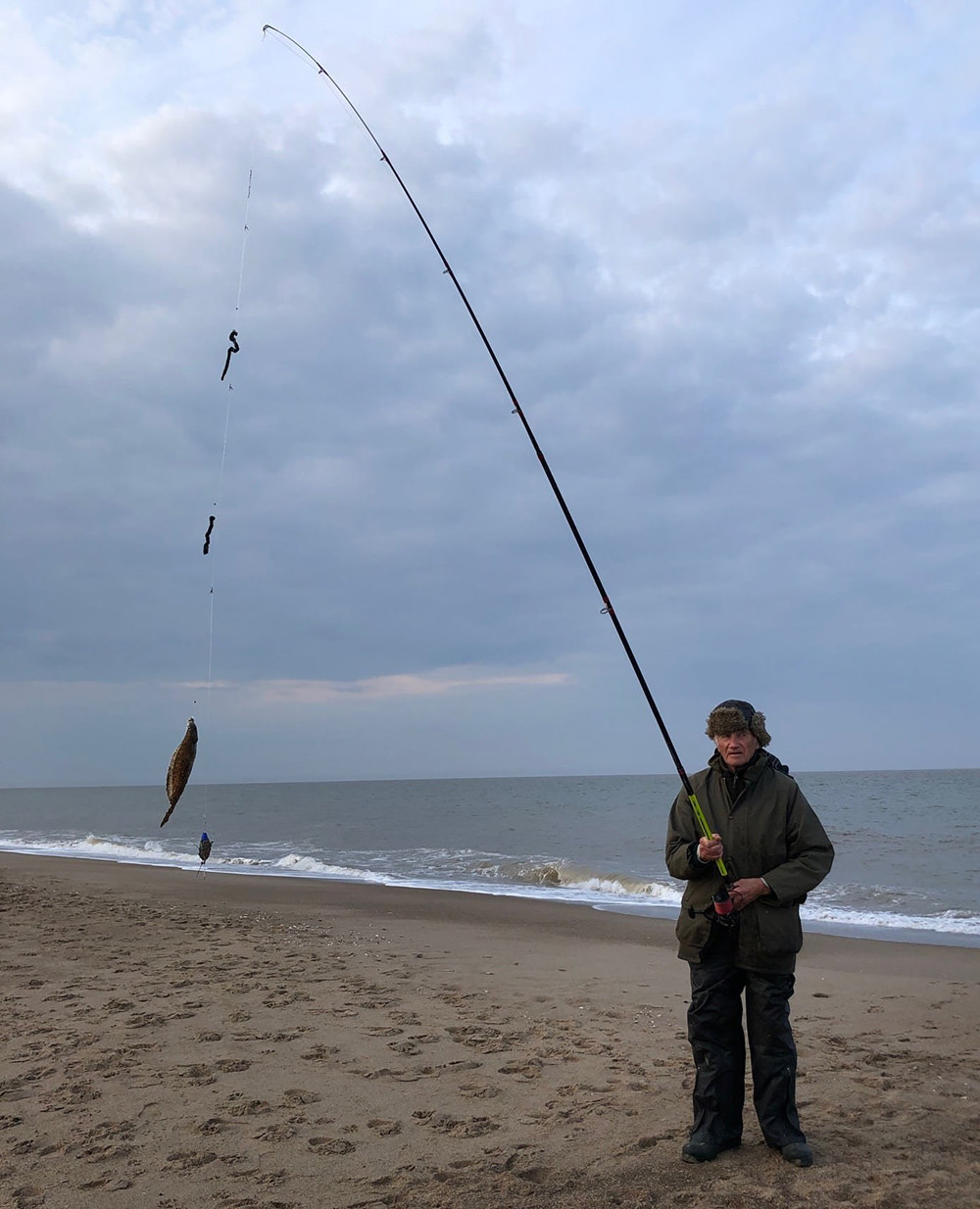 Although fishing was hard I hope you enjoyed the match and we look forward to seeing you all at the next one.