From Cley to West Beach at Cromer anglers were scattered along the coastline taking part in the 2nd Sea Angling Festival in Norfolk with an even bigger turnout than last year. With prize money up for grabs of £500 everyone was very keen to get out and bag themselves a good fish or two over the weekend event. 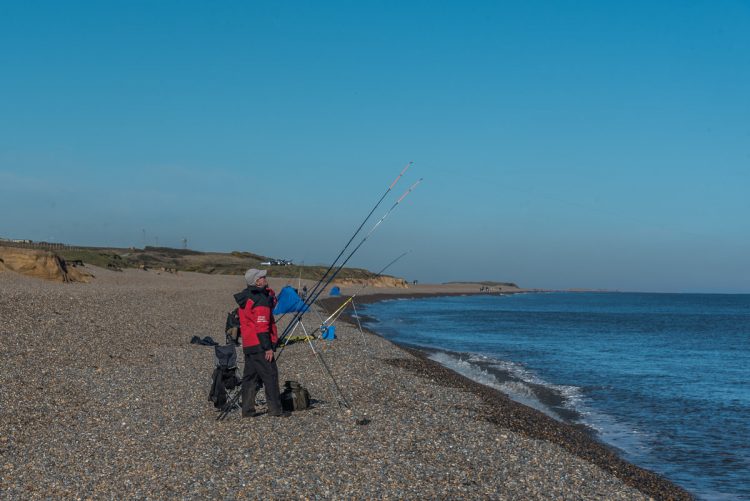 Anglers from all over the country travelled to Norfolk and on Friday the 8th the local tackle shop, Rite Gear Ltd, at West Runton was the venue for registration during the day before switching to the Village Inn in the evening. Anglers enjoyed the craic in the shop with Dene, Kimberley and Pete as they shopped for last minute tackle while picking the expert brains available for information on venues and hot spots. Early starts for most on the first day as anglers hit the road to their chosen venues to be set-up and ready to fish by the 9am Saturday morning start time.

Anglers headed out to some of the top venues such as West Runton, Sheringham, Old Hythe, Weybourne, Salthouse and Cley and from lines in fish were being caught from all locations. For one angler, Simon Bone a Norfolk Angling Club member, there was the thrill of an early decent hook up only for the disappointment of finding that it was a 4lb bass which had snaffled his bait. Due to the current EU regulation preventing the retention of bass this species did not count in the competition. 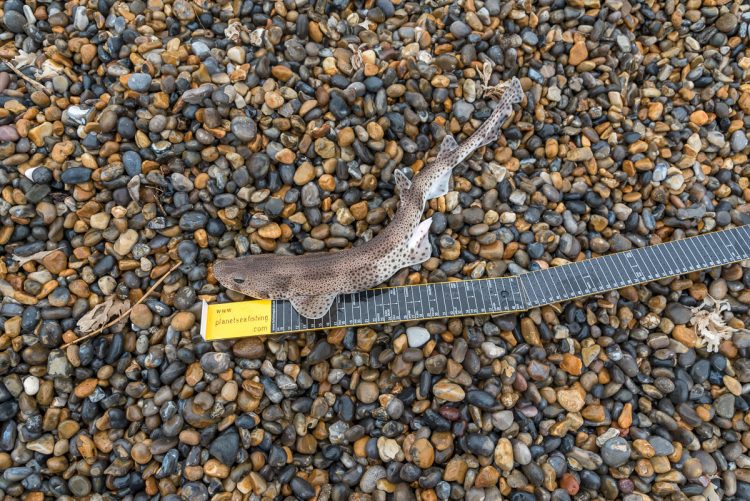 Lots of other fish were being caught with main species being dabs, flounders, whiting and even a few turbot for a couple of anglers but it was those lucky three to find a dogfish on day one that would be leading going into the second day. In top spot with a nice one of 2lb 2oz was Henry Randall, followed by Chris Orders with his lesser spotted dogfish of 1lb 9oz and closely followed by our furthest angler travelling all the way from Thurso in the far north of Scotland, David Proudfoot, taking third place on the first day. Steph Erison weighed in a nice dab to lead the ladies class.

In the juniors it was young England International Adam Malloy who managed to find a superb flounder and to win day one and the honours for the biggest flatfish of the day. Curtis Taylor did not card as scoring fish but was super keen to get back out fishing with his dad on the Sunday. 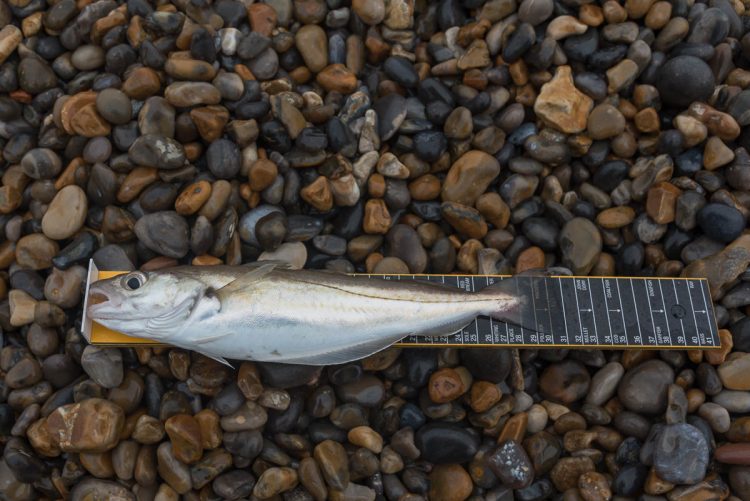 On Sunday Rite Gear shop was again the main focus point for many anglers to grab some more top quality baits and any terminal gear they may have lost the day before heading out. Everyone was soon away to get their chosen spots in similar locations the first day if they had produced or venturing to other venues to try for something bigger.

From the slightly later 10am start there were plenty of fish from all venues including another good, but unfortunately not counting, bass caught by Norfolk Angling Club member Richard Hipperson which again was released. A lovely 42cm coalfish for fell to specimen angler Wayne Mathews and a smoothhound pup of 1lb 5oz landed by Norfolk Angling Club angler Richard Chapman.

However, it was day one leader Henry Randall who secured victory with another scoring dogfish to not only win the day but also secure overall victory. Richard Chapman finished runner-up on the second day with his smoothhound pup and in third place was Wayne Mathews with his coalfish taken at the deep water Salthouse venue. 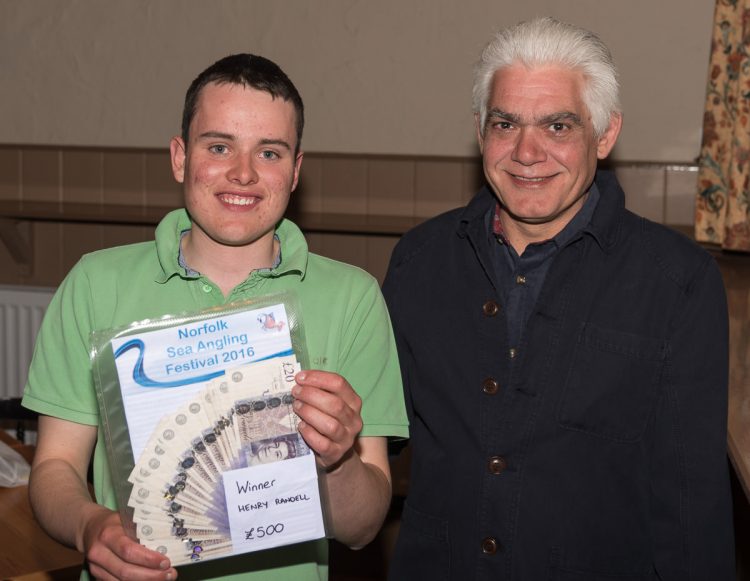 In the Lady’s class, Steph Erison again found a sizeable dab to add to her weight and was first in the lady’s class winning some cracking prizes and cash. 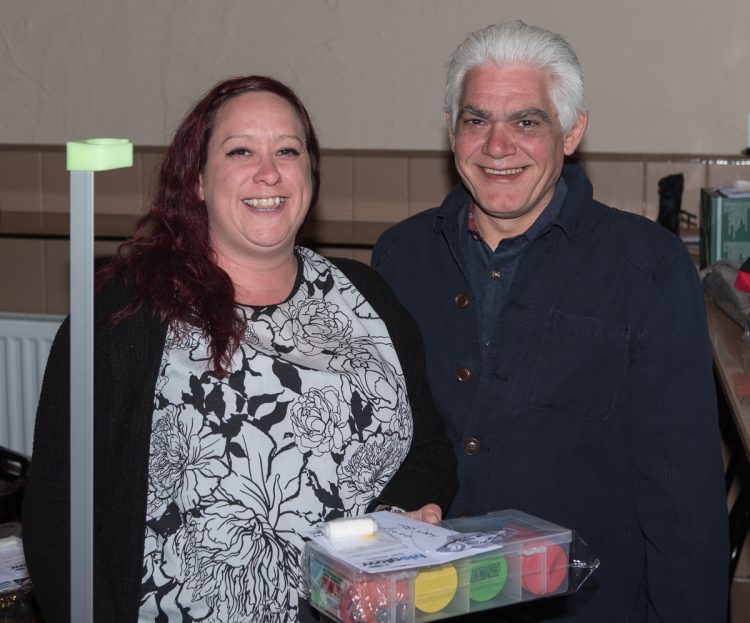 For the juniors young Curtis Taylor set out to target a good fish and that’s exactly what he did with a fantastic 34cm flounder. England International Adam Malloy weighed in another flounder to add to his day one weight and take the overall juniors prize. Joining the match on the final day was junior Daniel Brown who carded a flounder of 35cm to win the prize for the biggest flatfish of day two and to take junior runner-up spot overall closely followed by Curtis Taylor in third. 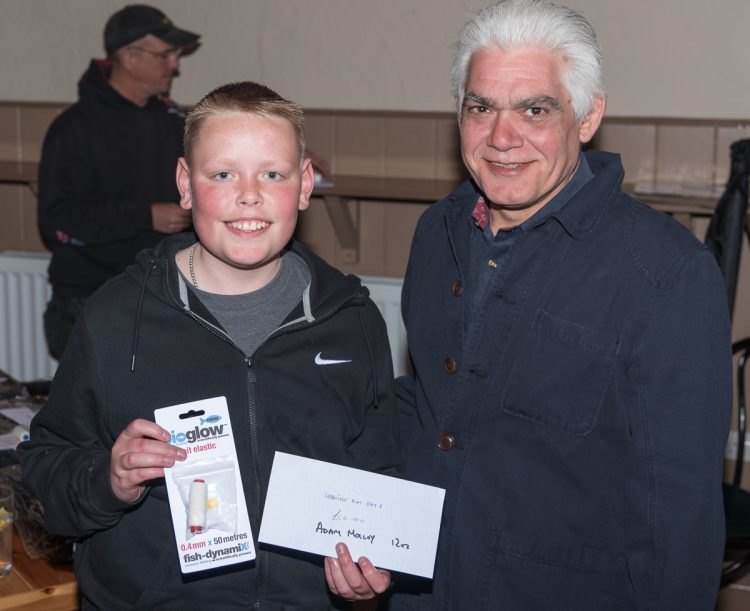 All in all, the fantastic event was enjoyed by the competitors with plenty of fish landed, although not all in size. After the first day’s rain the Sunday sunshine soon made the smiles return, was great to see anglers from all over the country traveling to support the event.

I’d like to say a huge thank you to the team at Rite Gear Ltd for all their efforts over duration of the event supplying top quality bait, all the organisation and for all contributions towards the prizes, to all the companies who kindly came together to support the event with prizes, Asso Sports Fishing, Trabucco UK, Tronix Pro and Fish Dynamix and to all local businesses who kindly supported the event with advertisement. Thanks must also go to the Village Inn for the use of their premises for the registration and prize giving.

Also a huge well done and thank you to all Norfolk Angling Club members who supported the event by fishing over the two days and for bringing raffle prizes and assisting with the weigh in at the end of both days.