Shetland boat angler Mark Duncan has broken the long standing Scottish ling record with a magnificent fish of 58lb 1oz. The huge fish came from a wreck mark in the north of Shetland, aboard ‘Halcyon’ jointly skippered by Ian Nicholson and Richard Gray.

Mark used a Team Daiwa 30/50 boat rod, 6/0 reel with 80lb braid, and fished a large mackerel bait on a 12/0 hook to tempt the giant. He was using a bombproof three-hook rig and unbelievably had a 20lb ling on another hook at the same time!

The fishing party shared several other ling around 50lb in weight, and lost count of the number of 30lb plus fish they landed. Mark’s superb fish was weighed and certified in Scalloway but remains to be officially ratified as a new record. The current Scottish record ling of 57lb 8oz was landed off Stonhaven way back in 1982. 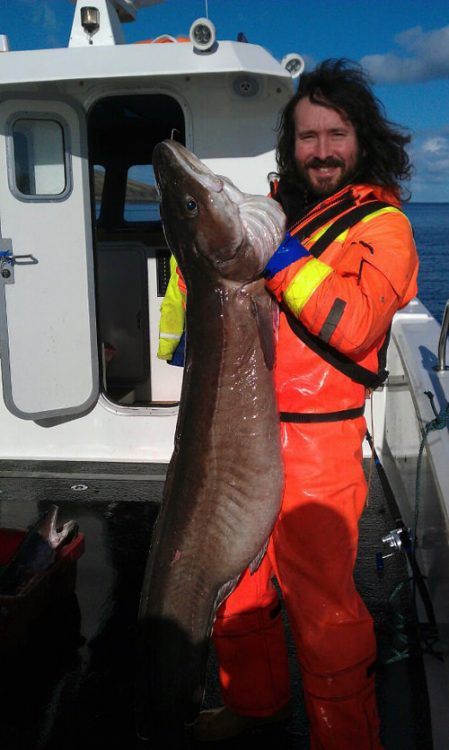