How to hack a Hokeye

‘Hokeyes’, ‘Hokkais’ or ‘Hawkeyes’ etc, as separately named by different tackle companies, are perhaps the most universally effective pattern of pre-tied feathers available to UK boat anglers. Because of their almost bionic ability to deliver fish, Hokeyes are a long-standing leading product line with thousands of packets selling every week. There are several colour and size variations available, but the basic lure is comprised of a little luminous fish head and reflective back with a feather and silver strand body, held on the hook with a spade-end knot. 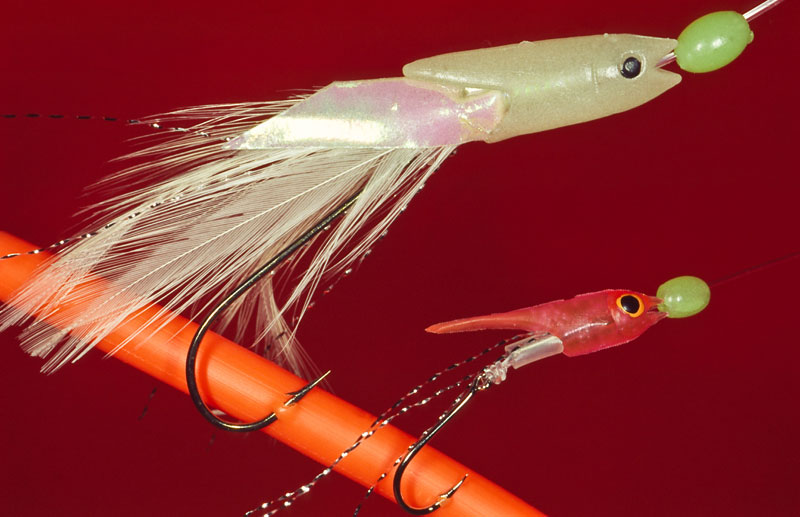 Whether fished straight out of the packet and bare, or baited with typically small worm, fish, or mussel baits, many different species and indeed sizes of fish find Hokkais irresistible. Codling, pollack, wrasse, haddock, mackerel, whiting, ling and dab are all on the Hokeye hit-list. The likes of spurdog, deep water hake and predatory tope are also happy to gobble up Hokeyes, even if such toothy critters are most likely to bite clean through the standard mono rig body.

So, having established the Hokkais catch credentials and mass appeal, wouldn’t it be great if you could install these little luminous wonders on other rigs? Wouldn’t it be something if Hokkais could be popped onto your own rig creations without having to invest in a fly-tying vice, and minus the bother of having to painstakingly re-whip the damn things back together? How about a general-purpose rig with two Hokeyes spaced above a long bottom trace? Or perhaps a single Hokeye flier tied above a wishbone trailing from a boom? Hey, maybe even a custom Hokeye wire rig, designed to cope with some of those fish with serious teeth?

If this all seems like the stuff of dreams, then the good news is it’s nothing of the sort. Hokeyes and any other ‘complete’ sets of feathers can in fact be easily transferred in all their glory to just about any rig you fancy. Knowing the value of Hokeyes, serious competition anglers have learned to improvise. The fact that Hokkais and the majority of shop-bought feather rigs are tied on spade-end hooks is no problem when you know how to cheat. 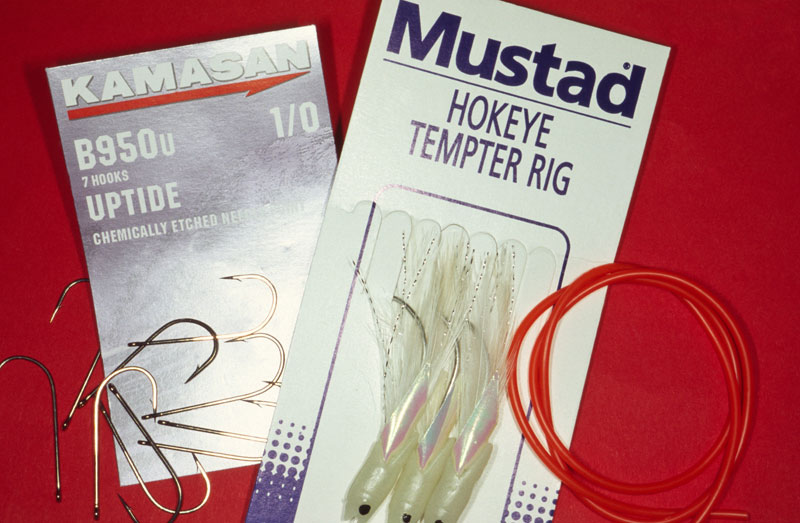 You will need a pre-tied Hokeye rig, some 1mm silicon tube and hooks in a size of your choice 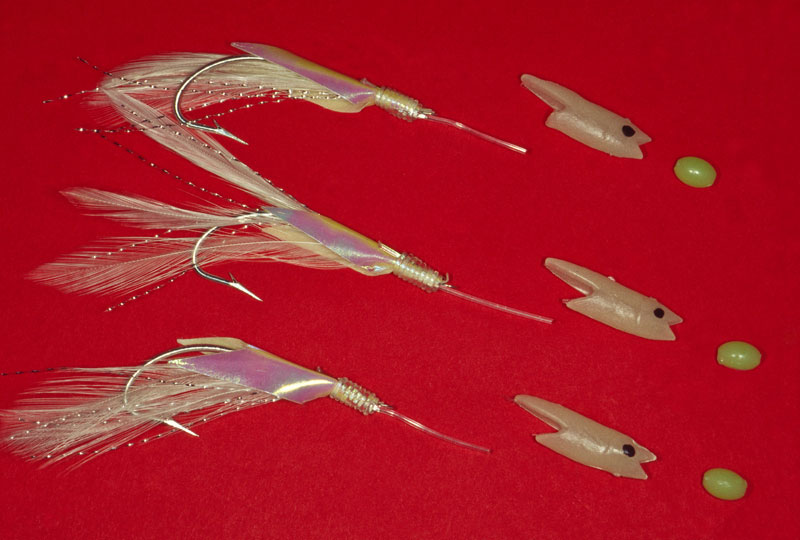 Clip the Hokeyes off the rig – you are only interested in the lures and the lumi beads above, the rest can be discarded. Pull the heads to detach them from the body of the lure, and set them aside 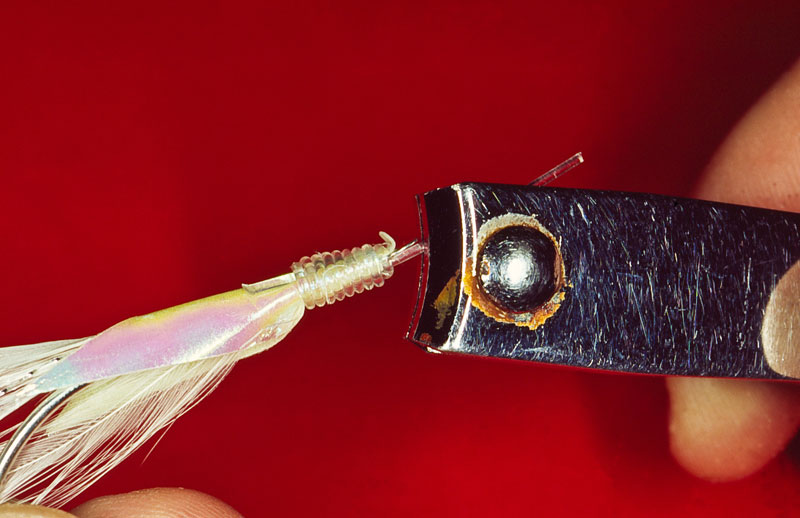 Hold the Hokeye body and trim the mono tag-end back close to the spade-end knot. Be careful not to cut into the actual knot as this will cause the body to come apart 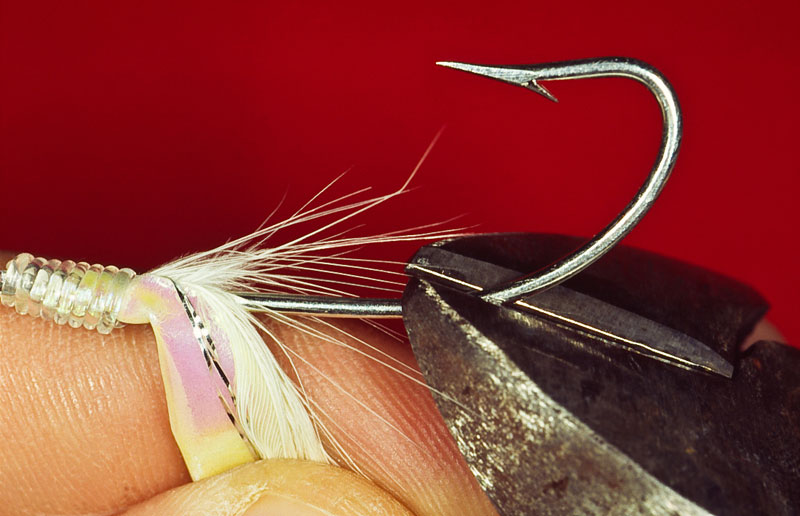 Use side-cutters to snip off bulk of the hook. Position your cutters on the shank of the hook behind the bend 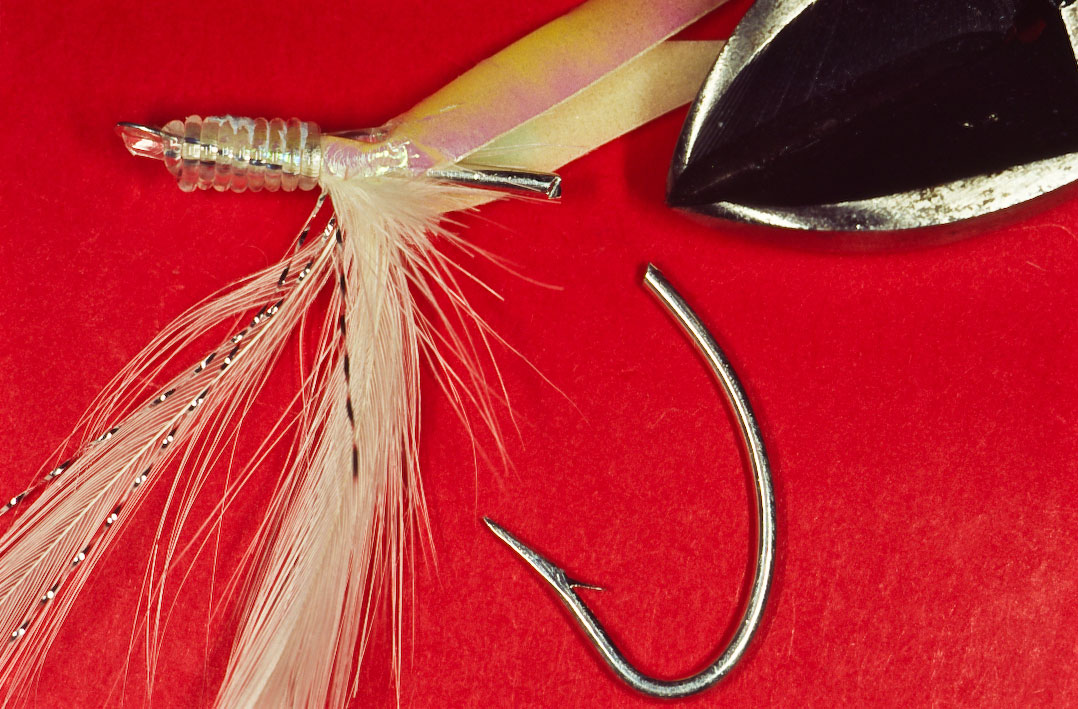 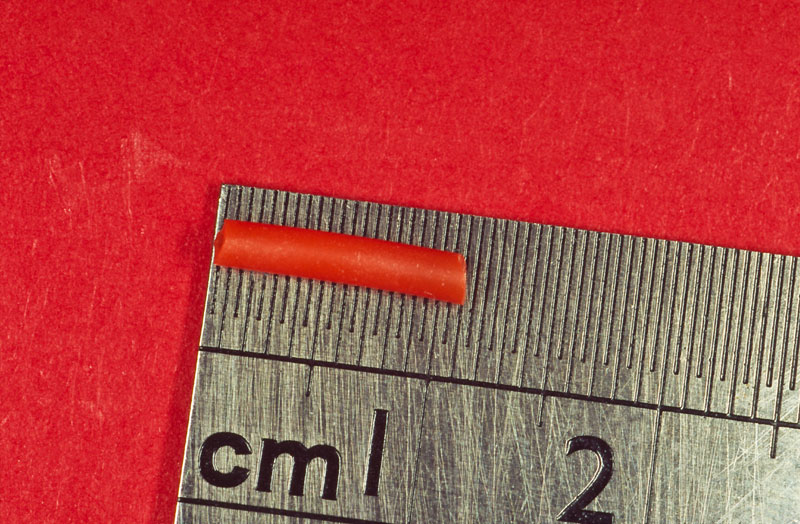 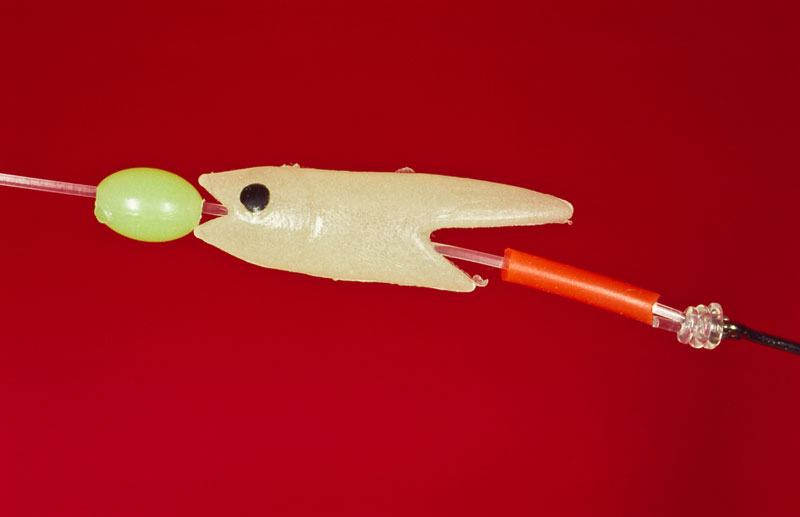 Thread the separate bits onto your snood in this order – bead, Hokeye head, and piece of silicon. Complete this step by tying on a suitable hook 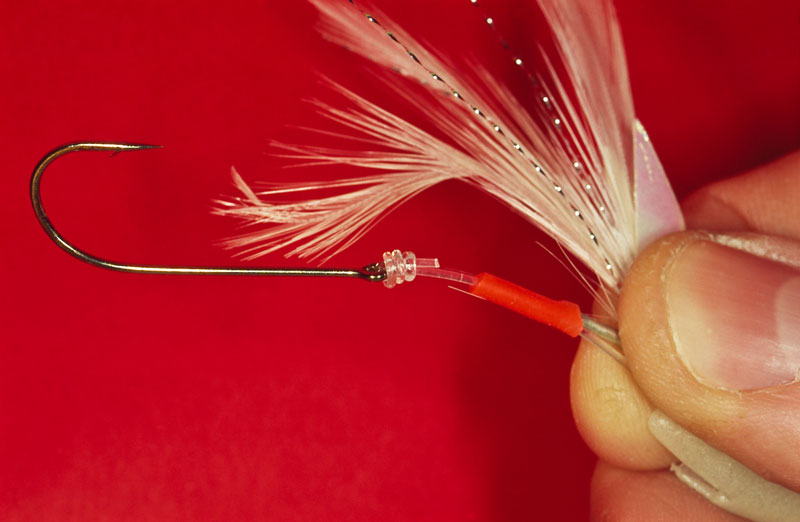 Now this is the clever bit… plug what remains of the hook into the piece of silicon tube. Make sure that it slots right in and grips the line firmly 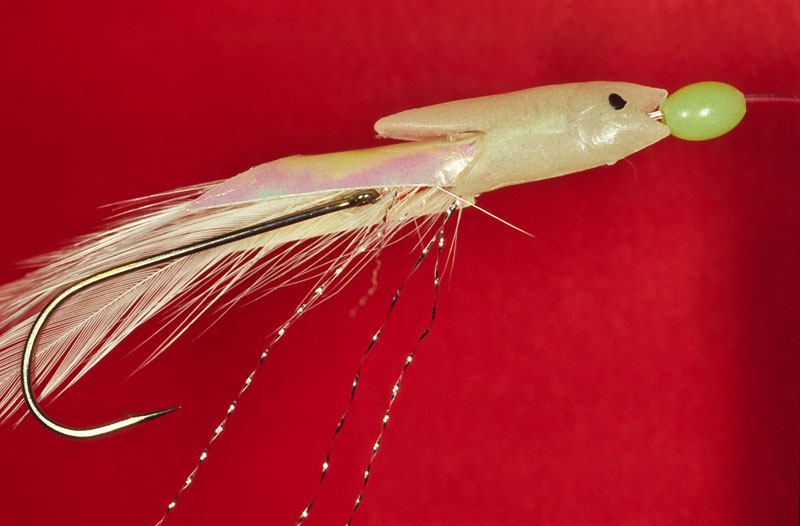 Push the head back into place and slide the new ‘whole’ lure down towards the hook.

The same ‘cheat’ can be worked on almost every kind of pre-packed, pre-tied feathers

Good day
Looking at your web site,i see you sell the hokeye jigs
We are looking for the Hokeye ” little luminous fish head” and also luminous beads for mackeral jigs
Please can you send us a price on 500 of each please
Thanks again,and look forward to hearing from you
kind regards
David Coombes

David, I don’t sell any tackle and I am afraid that my source for just the heads has closed down following the death of the shop owner. I now just buy cheap rigs and adapt them as necessary.

You can find them on Aliexpress –