Whoever coined the phrase ‘fishing isn’t all about catching fish’ summed it up well. The benefits of sea angling go far beyond saving the price of a fish supper, says small boat angler Ian Lindsay.

Being lucky enough to own a harbour-based small boat, I often find myself chained to the desk at work, eyes going square as I gaze at the PC. Yet, the one thing that keeps me sane is knowing that when the weather gods feel benevolent and the tides are right, I will jump in the car at clocking-off time and – traffic jams permitting – be heading out to sea in little more than an hour, leaving the world’s woes in my wake. 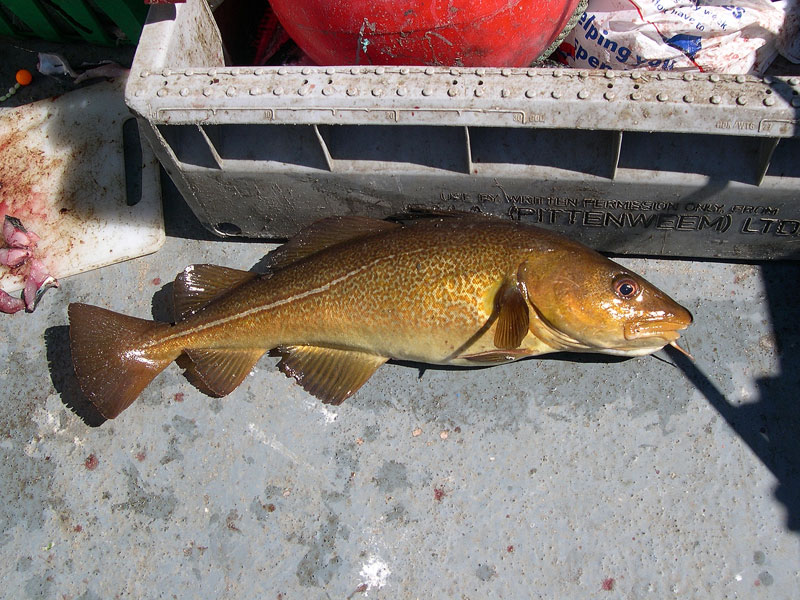 Naturally, such post-work sorties are by necessity brief, but they often prove highly successful, as the fish can go ballistic as the daylight begins to fade. I have diaries full of such condensed, wham-bam sessions which have produced more than many a lengthy, meticulously-planned session. And the spiritual benefits of blazing home across a glassy ocean as the sun dips over the horizon are simply beyond price.

Still, catching a few fish helps, and one trip that springs to mind was in late May a couple of seasons back – though in truth it was little more than a ‘warm-up’ for my annual sortie to the south coast in pursuit of black bream, tope and smoothies.

You can’t use that!

I worked through lunch which allowed me to leave work in Dundee early, and by 5.30pm I’d changed out of shirt and tie, filled the gas can and grabbed the sort of bait Sea Angler magazine tells never to use – bright pink squid, way past its sell-by date due to repeated re-freezing!

In truth I’d planned to lure fish out of St Andrews for codling, pollack and coalies, and the squid was only there as a primitive form of safety net. How glad I was of it though when, after a couple of dead hours, I decided more in hope than expectation to slap on some festering bait. First drop, the lead had barely tapped the rocky seabed in 40 feet of water when my Abu Suveran uptider nodded twice then folded over good style – and I was into a hard-jagging red cod topping 5lb.

I don’t keep ‘rockies’ as they are often full of worms, but their attraction is that, for whatever reason, they fight like demons. I don’t think they live long in the kelp, what with the parasites’ effects combined with many an eagle-eyed grey seal on their case.

I had barely released the fish and sent another helping of pink-stink back down when the rod dipped – and this time up came a brace of 3 – 4 pounders. And the rapid cod action continued unbroken until my spectacular ‘special’ squid ran out.

As is so often the case near dusk, the boat was all but becalmed by now, which is a two-edged sword: no drift makes it hard to locate fish, but if you have found a gaggle of hungry cod, there is no better time to hammer out a few than with a drift speed of 0.3 mph! 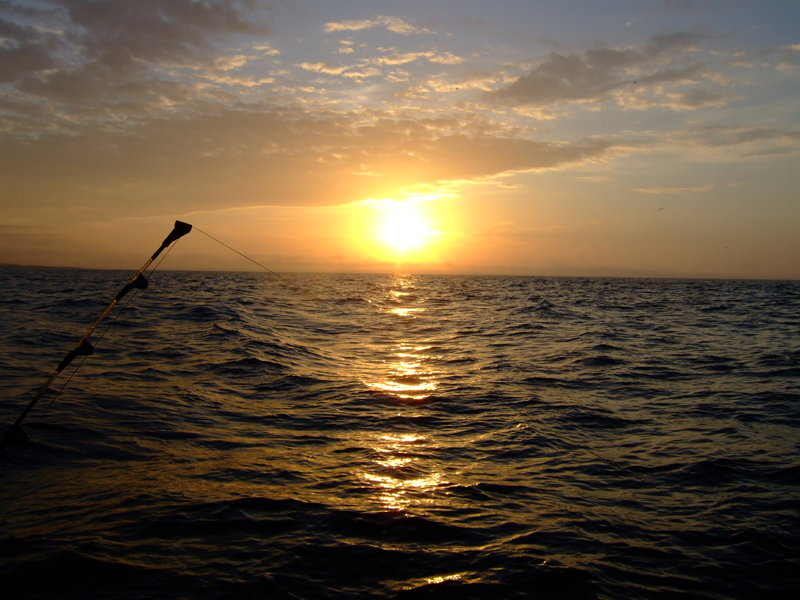 Fast forward 90 minutes, and I upped lines for the final time with dusk drawing in fast and many a prop-mangling pot rope to avoid on the way home. Yet even with so short a time on the fish, my grin was wide and smug as my final tally had topped 60 codling, best between 6 and 7lb, though to be honest any notion of weighing them went out the window as it was clear every minute wasted would mean one less fish on the scorecard.

People often quiz me about ‘magic marks’ but in truth there are none: the best mark is where the fish are on a given day. But magic times to fish? Well that’s a different story…