Des Westmore returns to Antigua for a family fishing holiday a year on from his first expedition to the Caribbean. The Virgin Holidays package say him flying direct with Virgin Atlantic from Gatwick to the superb Rex Halcyon Cove Resort.

In 2010 I visited Antigua with my wife and daughter for a family fishing holiday. We all loved the place and left vowing to return in 2011. I am glad to say we succeeded in this aim and have just returned from the sunny Caribbean though with all that has happened on the world’s financial stage, we certainly feel very lucky to have done so. For those who don’t know, Antigua is in the West Indies and is part of the Leeward Isles. It covers an area of 108 square miles with 54 miles of coastline. This is not so dissimilar to the Isle of Wight where I live but Antigua manages to cram three hundred and sixty five beaches into those 54 miles.

Sticking to what we knew because it worked so well last time we again booked through Virgin Holidays flying direct from Gatwick on Virgin Atlantic. We stayed again at the Rex Halcyon Cove Resort and didn’t bother with a car as there is an excellent taxi service based in the hotel. 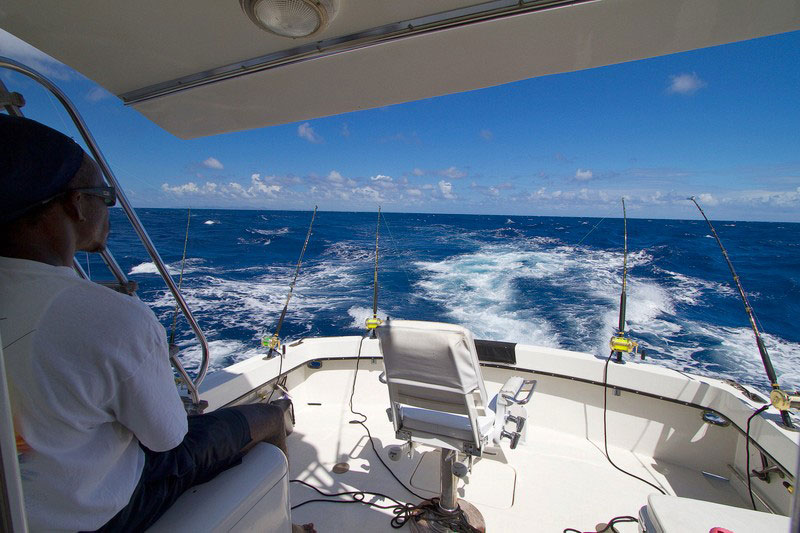 The Caribbean peak season is in the winter from with the summer being the off-season. The summer is wetter but it can rain at any time in the Caribbean and it generally doesn’t put the mockers on things the same way it does when you get a downpour in August here in the UK. Fishing is good all year round with the maximum number of species on offer being May through to November. Offshore during this period could have you in contact with wahoo, dorado, yellow fin tuna, black fin tuna maybe a kingfish and if you are lucky enough, blue marlin. If you want white marlin their peak time is January through to April. Inshore, both afloat and from beaches, you will find tarpon, jack, snook, houndfish and barracuda amongst many others.

If you want to get afloat there are a number of options. English and Falmouth Harbours, which neighbour each other and are on Antigua’s South coast, have two charter boats and I have fished with both; Obsession Charters with skipper Derek Biel and Overdraft with skipper Frank Hart. Obsession is a 45’ Hatteras which will give you the full-on “Big Game Boat” experience, though if you fancy going even further offshore on an extended trip, Derek has introduced “Double Header”, a 55’ Hatteras for 2011. 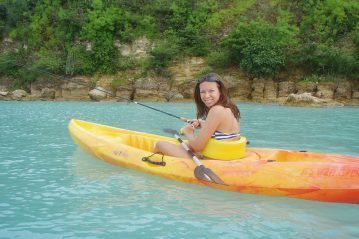 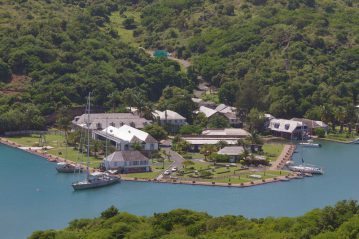 Frank Hart also runs two boats. Firstly the aforementioned “Overdraft” which is his offshore boat and is a 40’ vessel not dissimilar to one you may fish from in the UK except that it has outriggers and a fighting chair and secondly there is “H20”, a 26’ ProKat, which is used for inshore angling. I have fished from all these boats except Double Header and can recommend them all. Fishing aboard Obsession gives you the quintessential big game experience and makes you feel like you are Ernest Hemmingway but I still like fishing inshore on H20, sneaking around the coves and inlets, free-lining live sprats using spinning gear. Frank uses a cast net to catch the sprats, sometimes backing the boat almost onto the beach.

Incidentally, English Harbour is known as Nelson’s Historic Dockyard as he was stationed there for three years during his tour of duty in the Caribbean. It is one of the most picturesque harbours you can imagine and it is totally crafted by nature. Ironically it is said that Nelson did not enjoy his stint in the Caribbean because of the heat. 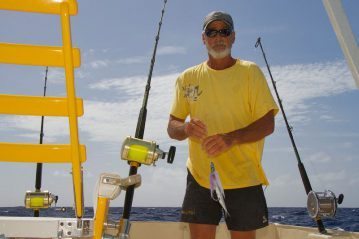 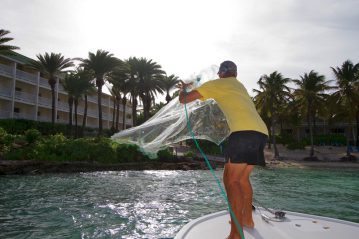 For current prices, usually based on four, six and eight hour trips, it is best to check the boats’ web sites (details at the end of this feature). Prices quoted are in US dollars so the actual price you pay varies with the exchange rate. At the time of writing prices go from $495 for the cheapest 4 hour charter to $1000 for the most expensive 8 hour charter. Four hour charters may sound a bit short but you are fishing within minutes of leaving the harbour. I also noticed in Virgin Holiday’s Concierge brochure (which details holiday activities) that Frank Hart accepts individual bookings which is something to consider if you are a lone angler. 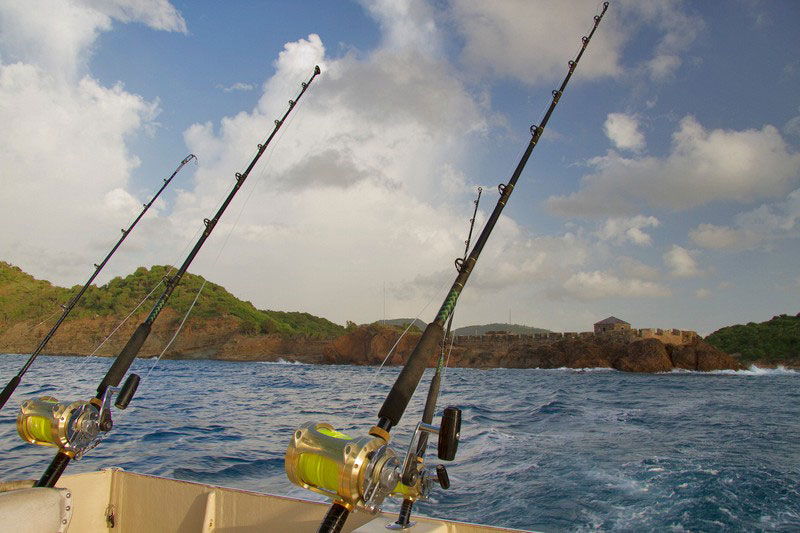 Not far from Nelson’s dockyard (you can never be far from anything in Antigua), Jolly Harbour on the West Coast also has a charter boat that advertises. This is Captain Mike who runs a 31’ and a 35’ Bertram and his prices are comparable with the two skippers I have fished with. In addition, most beach water sports centres around Antigua offer fishing trips. All the boat’s mentioned provide all the tackle necessary for the day as well as both soft and alcoholic drinks. You just need something to eat and your sun block.

As is often the case with fishing like this, the tackle on the boat is aimed at getting whatever is hooked into the boat, be it a marlin of a couple of hundred pounds or a forty pound Wahoo. Typical setups are therefore a 50lb class rod combined with a 50-Wide lever drag reel. If you want to fish lighter I would suggest you speak to the skipper in advance or take your own gear if you have it. The same would apply if you want to use stand-up gear as the skipper will assume you will be using the chair.

The gear I took with me this year was a 30-50lb Greys six-piece travel rod teamed with a Shimano Talica 10 reel. This was loaded with 300 yards of 30lb Power Pro and a 50 yard top shot of 40lb Ande mono and was intended to give maximum sport with the likes of Wahoo and Dorado. I also took a Snowbee Deep Blue four-piece spinning rod combined with an Abu Soron fixed spool for the inshore fishing. I also took a selection of Snowbee plugs, poppers and jigs which I have left with Frank and will hopefully be getting some reports back from him on their abilities. 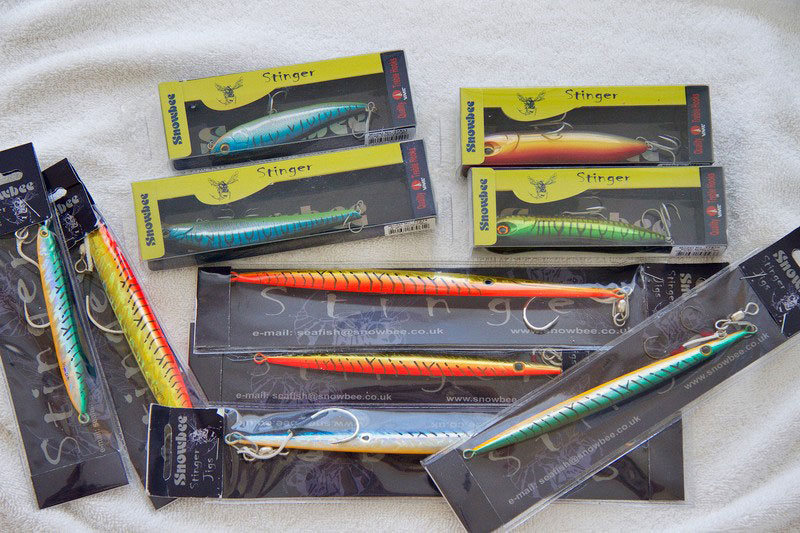 The Rex Halcyon Cove Resort has a restaurant situated at the end of the “Warri Pier”. Not only is this is a superb location to have a meal but the lights from the restaurant attract some huge snook which glide in gracefully just inches from the surface. Well, however graceful the snook are, it would be rude to not have a go at catching one. We did have a go, both from the beach and also by kayak but we didn’t have any luck. I am not the greatest angler when it comes to plugging; ok – I am not the greatest angler at all, but I know a man who is!  Mike Ladle has forgotten more about plugging than I am ever likely to know and gave the following advice:

“My suitcase holds two four-piece spinning rods, a slightly heavier 4Surepopper for hurling bigger plugs and poppers and a light 4Surespin used for everything else, plus my eight weight, four piece fly rod. One rod is rigged with a heavy lure on thirty to fifty pound knottable wire for bigger fish and the other with a light lure on fifteen pound wire for bonefish and other modestly sized species. Wire is essential because of the many fish with sharp teeth (at times even wire will not save you from big barracuda). The fixed spool reels for both spinning rods are Shimano 4000s. A bit small in the spool to pack on enough 30lb Whiplash braid but reasonably lightweight and robust.” 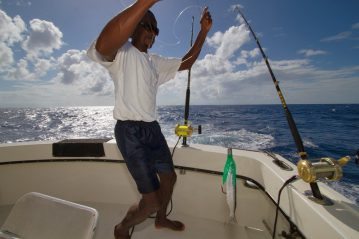 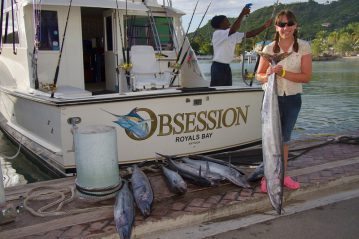 Mike added: “Snook and tarpon are certainly abundant around Antigua and some of the lagoons are heaving with them at times. Both species will take lures and flies keenly. My personal choice would be weedless, unweighted, soft plastics on the spinning rod as they can be fished slowly in the murky ‘weed soup’ conditions often favoured by both species. Big streamer flies are also effective but room for a back cast can be tricky in mangrove areas. Plugs can work well at times although they will pick up weed and unhooking a lively tarpon with a couple of razor sharp trebles hanging from its jaw can be a nightmare. From the open shore, if you want to find fish, keep your eyes peeled for working birds, shoals of baitfish and blitzes of predators and try to make the most of the fishing at first and last light.” 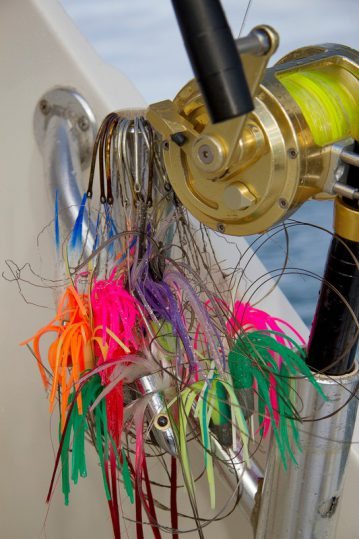 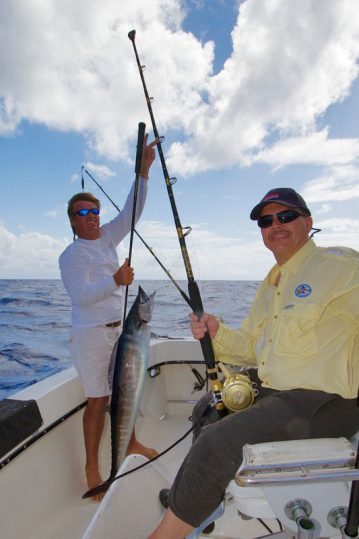 Finally, one thing I just must recommend you do if you get to Antigua is to visit Stingray City. Here you get a chance to swim with, and feed, free-ranging stingray, with their stings still in place, in open water a mile or two offshore. It is a fantastic experience and I just cannot say enough good things about it. Bernado and his team run an excellent setup and I am sure they will look after you. Incidentally, one of the team is Frank Hart’s son who works there guiding their kayak eco tours around the mangroves. 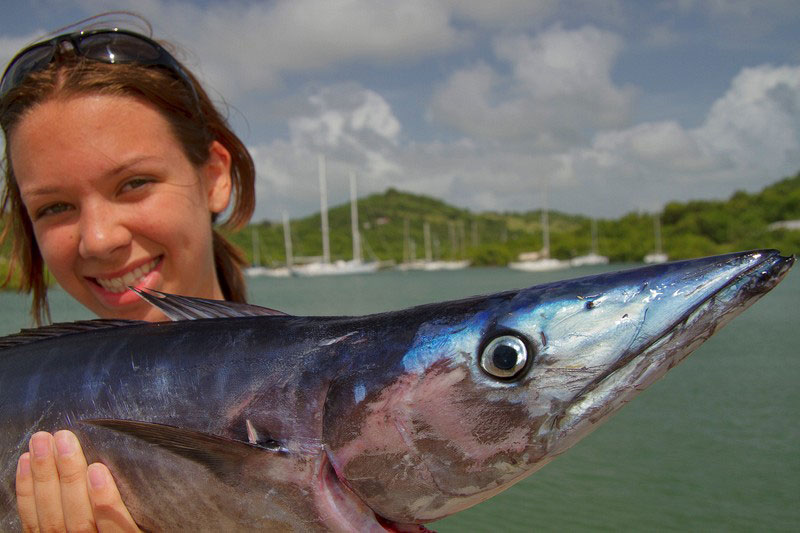 Seven nights in Antigua with Virgin Holidays, including scheduled flights with Virgin Atlantic from London Gatwick direct to Antigua, accommodation at the 3V Halcyon Cove by Rex on a room only basis with transfers included starts from £825. Prices are per person based on 2 adults travelling and sharing a standard room, price includes all applicable taxes and fuel surcharges which are subject to change. Prices are based on departures 09 Dec 2011. 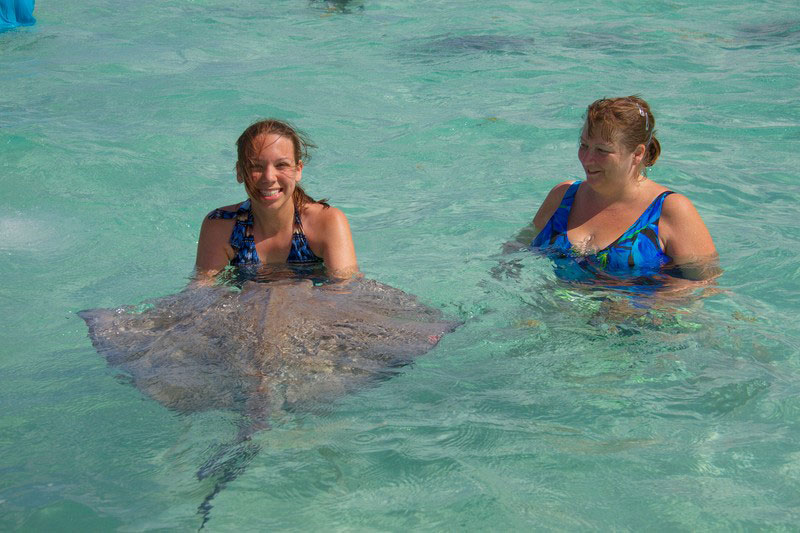 Start your holiday before you’ve even taken off in the v-room at Gatwick Airport …adults £20, kids £12

Virgin Holidays is a member of ABTA and is ATOL protected

To book: Virgin Holidays, 0844 557 3859 or visit one of 80 stores located in Debenhams and House of Fraser stores nationwide