After three weeks lording it in the Florida Keys, Mark Harding returned suntanned and refreshed to continue his challenge to root out no less than 50 different species from around the Alderney coast.

My return home coincided with a marked improvement in the weather and water temperature… hopefully the April fishing would follow suit. I kick-started my Alderney return with an impromptu session on the breakwater, with the ulterior motive of collecting enough bait for a later boat session aboard local charter boat Smuggler, skippered by Colin Dukes. I rate garfish highly for catching fish afloat and used the float rig to bag plenty for bait, notching up species number 25 in the process in the shape of a solitary mackerel. 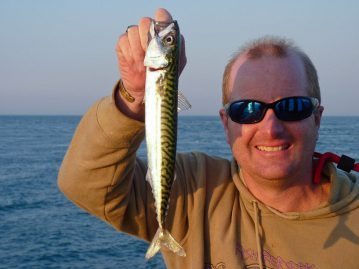 An excellent weather forecast and reports of plenty of fish on the banks prompted high confidence of catching several turbot. My wider plan however, was to try and add launce and weaver and perhaps a brill. Brill had been scarce during the very early part of season but recent reports indicated improved prospects.

Our charter party of seven anglers arrived on the bank. The atmosphere was thick with poorly suppressed anticipation as we crowded along the stern rail and sent baits over the side. Three of our party were novice anglers and Colin rightly gave them the lion’s share of his attention. He not only briefed them on the Daiwa rods and reels, but also fishing technique before mercilessly butchering the turbot rigs that I had painstakingly tied for them!

Two turbot were boated on the first drift over the banks, followed by a further four fish on the next pass. The novices were doing well and I looked on helplessly fish-less as Colin threw me a knowing wink. Eight or nine drifts in and the boat banter in the direction my mate Gary and I was borderline abusive. But just as I was really beginning to despair I had a good take. Peeling off a little slack line, I counted to 20 before winding and lifting into the weight of a modest turbot. Just as the flak trained on Gary, he managed to likewise connect with a fish. With flatfish on both rods a winding race to get them to the boat developed. Gary successfully landed his without incident, but just as mine reached the outstretched net it spat the hook and escaped! The whole boat fell about laughing and I was left looking like a right clot. 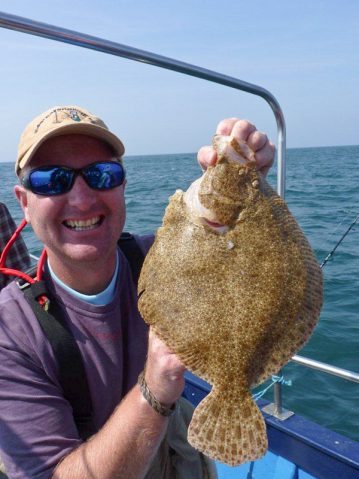 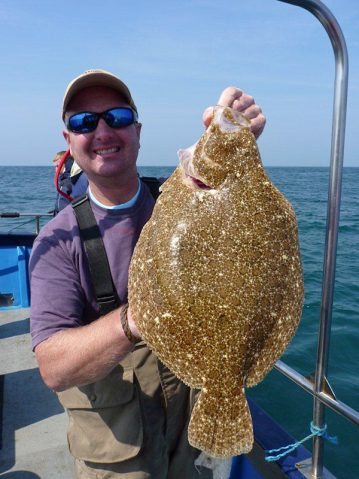 I desperately need a turbot not just for my species duty list but also to salvage some fishing reputation. Dis-chuffed and close to panic, all-seeing Colin coyly suggested I swap rigs to the same as he had tied for the novice anglers. But pride won over sense and I resisted. A further six fish later, none of which fell to me, I bit the bullet and begged one of Colin’s adjusted rigs.

Minutes later, I was into a fish. I said little as another last minute loss would have been hard for even my thick skin to withstand. The tension weighed heavily on me and then near crushed me to a pulp as a beautiful brill surfaced short of the waiting net! Slowly, carefully, deliberately I inched it into the net’s embrace and was delighted. Catching a brill should have been a tougher proposition than a turbot and I could now relax a little and focus on that damn turbot task. It came on the very next drift.

The day was fast drawing to a close and I switched to a simple one up one down rig with size 6 hooks to try and winkle out a weaver. As fate would have it I immediately caught another turbot. I switched rigs again, this time opting for a set of little Sabiki feathers in the hope of locating a launce or two. The tactical change resulted in launce instantly, and also brought the early season weaver. 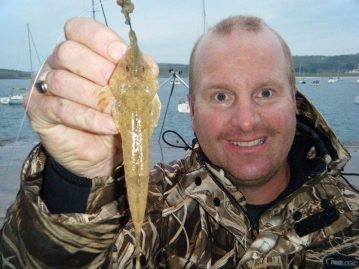 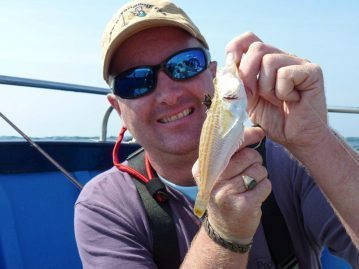 For the record there were 32 turbot and brill caught in all during the trip. Despite my best intentions I didn’t get afloat again later in the month but I did manage a couple of shore sessions though, and I got to the 30 species milestone. One particular trip was focused on catching an elusive three-bearded rockling and dragonet using worm baits on very light rigs. It was a long shot but I got the dragonet just as I was about to pack in. My elated reaction was quite ludicrous, but who cares. I was chuffed to bits at the tiny spiky fish, and the feeling of achievement was something that I am sure anyone who manages to meet an unlikely fishing target will be familiar with.Over the next few weeks my species targets get bigger. Ling, tope, huss, conger, rays and gurnard are on the radar, while the seemingly impossible quest for a damn three-bearded rockling will also continue in earnest.