Billy suggested that I might like to join him and the club junior section down on the Stone Pier for one of their weekly outings.

The original club was founded in 1901 and is thought to be the oldest sea-angling club in the country and have been running annual Festivals since 1956. The centre of the Society’s activities is clubhouse that was built on its waterside site by the members in 1974 and is a focal point for many other groups as well as sea fishing. The society has always fostered links within the community and uses its disabled friendly facilities to assist many other local groups who may otherwise not be able to have a regular meeting place. These associate member groups include – The Westham Seniors group, The Co-Op Women’s Guild, The Alzheimer’s Association, The Weymouth & Portland British Sub Aqua Club WPBSA. Dorchester & District Angling Society DDAC, Weight Watchers, Dorset Hand Liners, Dorset Carers, The Licensed boat owners & Fishermen’s Association (FPLBFA) and the Multiple Sclerosis Society. We also currently have four darts teams, a Super League dart team and a crib team. 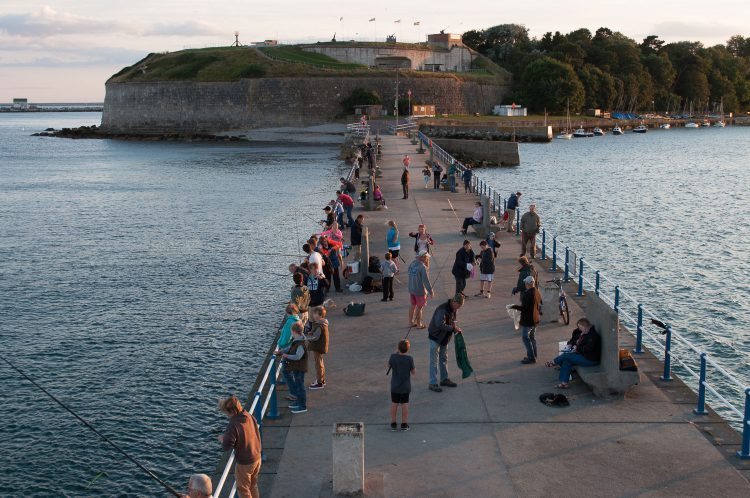 The club has a thriving Junior section that fishes every Monday night on the local piers. During the summer months they fish the Stone Pier (May – September), then the Pleasure Pier during the winter months. Weymouth Angling Centre and Chesil Bait’n’Tackle sponsor Junior comps each year and Andy Selby of Weymouth Angling Centre also sponsors our Junior Team League held on the second Monday of every month from May to December. Billy and Alan Randle are present at all events and both satisfy full child protection requirements. The two stalwarts are helped out with coaching, unhooking and scoring during the outings by parents of the kids attending. The club also holds Junior Boat comps each year but these are not on set dates as the weather plays a big part. 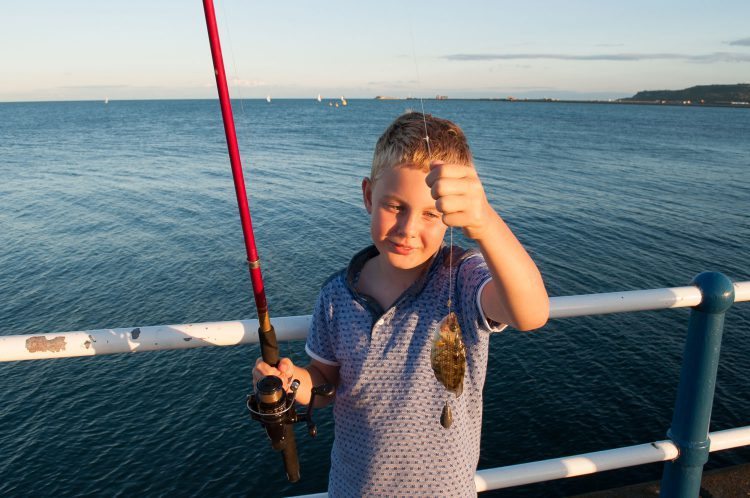 It was evident from my evening down the pier, camera in hand, that the boys and girls are all enthusiastic and they displayed no small measure of skill as constant flow of fish kept the scorers busy throughout the night. The outing in question was a team competition and it was great to watch the future of our sport in action and to listen to the banter between the anglers, I suspect that the evening would be the subject of conversation at the schools the following day. 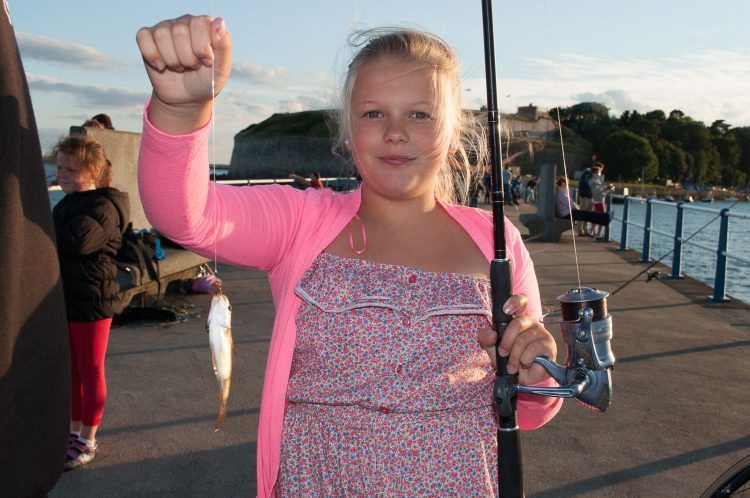 I think that the photos in the gallery below and the faces of the kids tell the story of the night much better than my words could. Weymouth Angling Society are to be congratulated in provided great facilities in the Clubrooms where the juniors can be coached in comfort and their adult members deserve praise for encouraging the kids off the sofas and into sea angling.

In the first step that may see the future of the Clubhouse secured members of the Weymouth Harbour Management Board voted against the recommendation that the the Club be refused a new lease. This however is only the first step as the matter will be referred to the full Council for confirmation on the 5th November so the fight goes on to ensure that this valuable facility remains on site.

Billy Short, Chairman of Weymouth Angling Club said: “Club members helped build this club house with their own hands back in 1974. Since then we have invested in new disabled access and many other modernisations. I am delighted that the club’s future at this site looks set to be secure for another 10 years, and I know this will be a relief for a wide range of community groups who share the centre with us. We are very grateful to anglers from all over the world, and to the Angling Trust, for supporting us at this time. The club’s officials have done a brilliant job to protect the club from some barmy proposals.”

The petition to save the Clubrooms is still open and has now reached over 1300 signatories in less than a week. You can sign up here.

Fishing from Cobh with the Bellavista Hotel