Last weekend the Welsh Federation of Sea Anglers held a coaching qualifier to select their Junior shore team to fish in the Home International event in Angus, Scotland in July 2014.

The weather was kind to the organisers and youngsters who assembled on Horton Beach in Gower for a four-hour session commencing at 11:00 hours. The Organisers had expected ten anglers to turn up but unfortunately, a dose of the measles and a broken leg prevented two of the Swansea contingent from travelling. However, Rhys Davies (aged 13), Josh Davies (16) both from Swansea, Kyle Jones (16), Hengoed, Mario Asprou (15), Sully, Tyler Williams (14), North Cornelly, Sophie Edwards (16), Cardigan and Dylan Short (14) and Lewis Taylor (16) from Bridgend all turned up full of enthusiasm and raring to go. 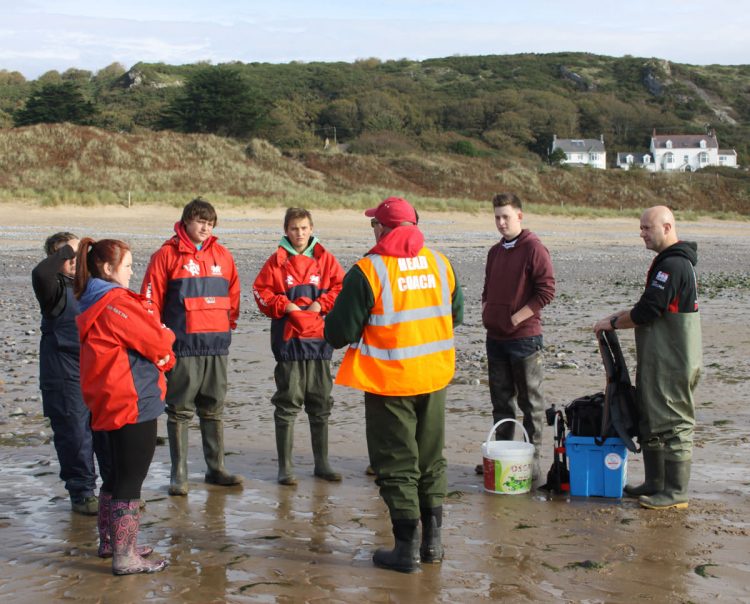 The coaches and Managers had decided that the kids would fish to the Federation rules with all fish, other than weavers counting. The anglers showed their skill and venue knowledge by fishing with super small hooks on fluorocarbon lines and double-patting to minimise the time that baits were out of the water.

Fishing was a lot slower than had been anticipated but some quality gurnard, plaice, flounder and turbot were beached, measured and released unharmed.

Throughout the four hour outing Junior Team Manager Gareth Davies together with Mike Groves, WFSA National Fish Recorder and Harry Asprou, the Assistant Team Manager spent time not only measuring and recording the fish but observing the performances of the young Dragons for team selection. The adults noted the angler’s attitude, tackle and bait presentation as they patrolled the beach but it is always hard to select from such a keen and professional bunch of young people. 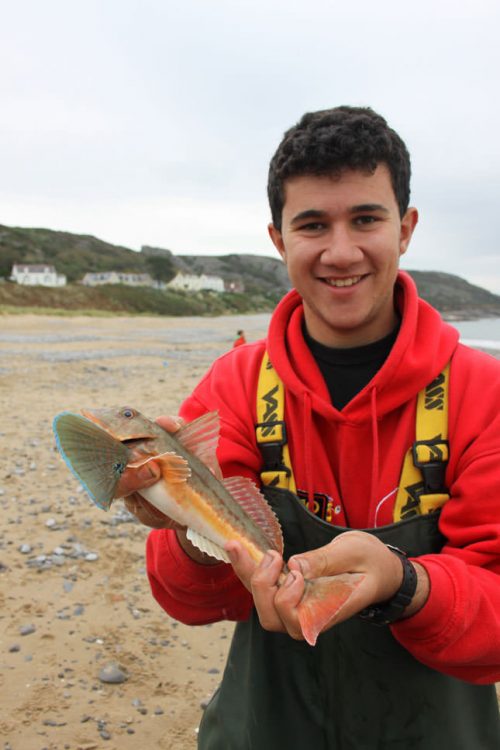 After careful consideration in the days following the event, the following anglers are to be congratulated on their selection to represent Wales in the Home Internationals.

The six lucky anglers will compete against England, Ireland and Scotland in 2014 and as the Junior team receives only minimal assistance with costs apart from some generous gifts from local clubs and organisations fund raising will be carried out between now and the event. To help ensure they can travel and stay at minimal cost any donations would be gratefully accepted, either cash or a prize for an auction that will take place at the turn of the year.

If you feel you could help in any way with donations please contact Gareth Davies National Junior Team Manager: 0785 5528845 or email Davies251@aol.com