The initial plan was to fish the north side of Little Loch Broom but unfortunately Google Earth didn’t identify that access to the shore was over fenced private land, a wasted if picturesque journey.

Plan B was the pier at Achiltibuie, which I’d last fished over 50 years ago. This plan was also snookered as the pier has been fenced off, either for security or for safety reasons.

I finally settled on the stony beach at Ardmair a few miles north of Ullapool. 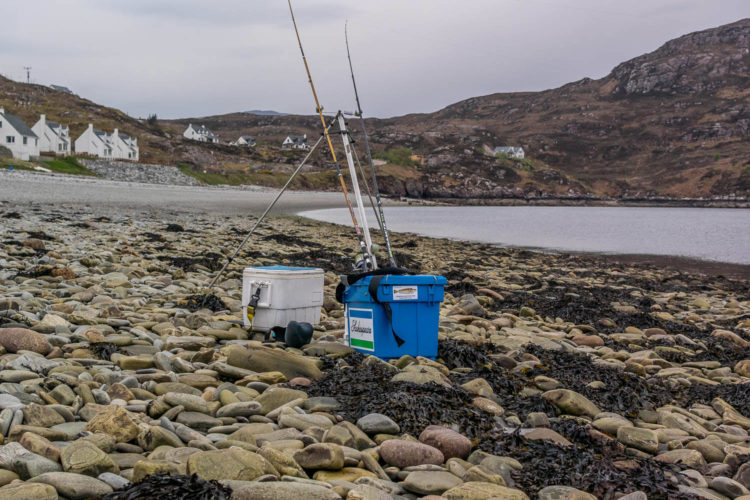 The beach steeply slopes down from the high water mark with pebbles and shingle giving way to small, bladder wrack covered boulders.

Passed the weed and rocks the seabed appears to be fairly clean with only the occasional snags. Fishing the bottom half of the tide puts the cleaner ground in easy casting distance but approaching the high mark would need a decent cast to clear the stones.

The water is comparatively shallow compared to most sea lochs and fishing it at night may prove more productive.

A four hour session produced only one dark coloured lesser spotted dogfish on squid and bluey wrap with one other missed bite. There were also a few rattles on smaller bites that didn’t produce anything. Crabs only became a problem over slack water. 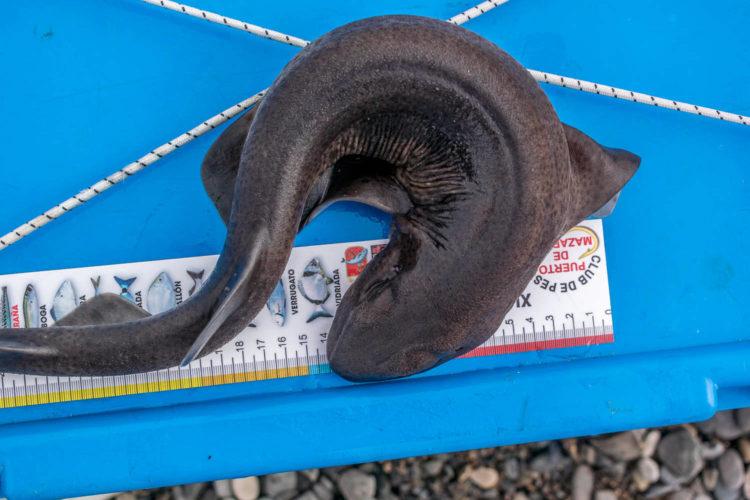 The day was warm and dry with a strong south easterly wind blowing over the sheltered pebble bank.