The Lancashire coast is fishing really well at the moment. During the daylight hours there are plaice, dabs, dogfish and the odd smoothhound. A darkness falls the same species are about but in much greater numbers with some cracking bull huss off the Wall. Fish wraps and ragworm seem to be the most effective at the moment fished both short and at range.

Leyland and District fished their latest match on Easter Sunday on the Bull Nose at Preston, trying local to avoid the tourist traffic.

Not many fish, but good company, good weather, a days fishing, and beefburgers and onions.

Nathan Culshaw fished using a pulley rig with a size 3/0 hook baited with half of a squid and landed a good bull huss from the Gynn Wall. 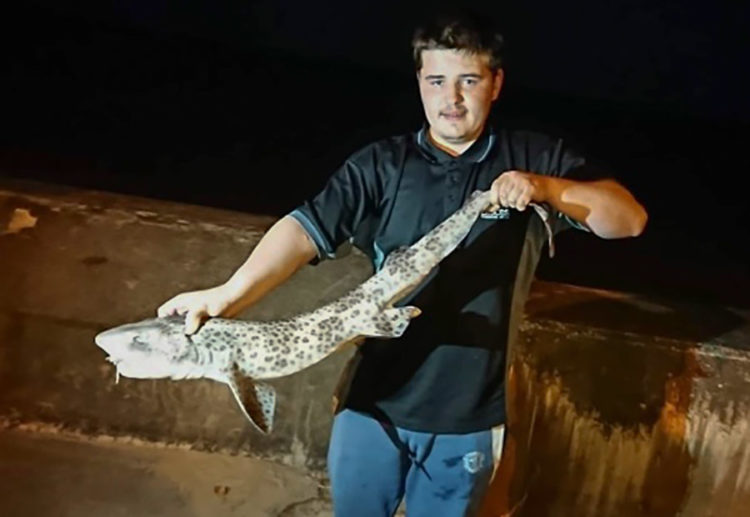 Nathan Culshaw with his bull huss

Blackpool Boat Angling Club members Ben and Wayne Foreshaw enjoyed a great day afloat last Sunday. They launched around 06:15hrs and headed to the Scar to collect some bait. The beach was alive with worms and was super easy. As the tide turned they waited until there was enough water to allow them to head across the bay.

They stopped on a mark and it was bites from the off but not the silver bars they were after. After a few moves and super tide run, drifting at 6mph they managed a nice cod, good bass, whiting, rays, big plaice and dabs.

It was oily calm all day and they arrived back at the slip at 15:00hrs. 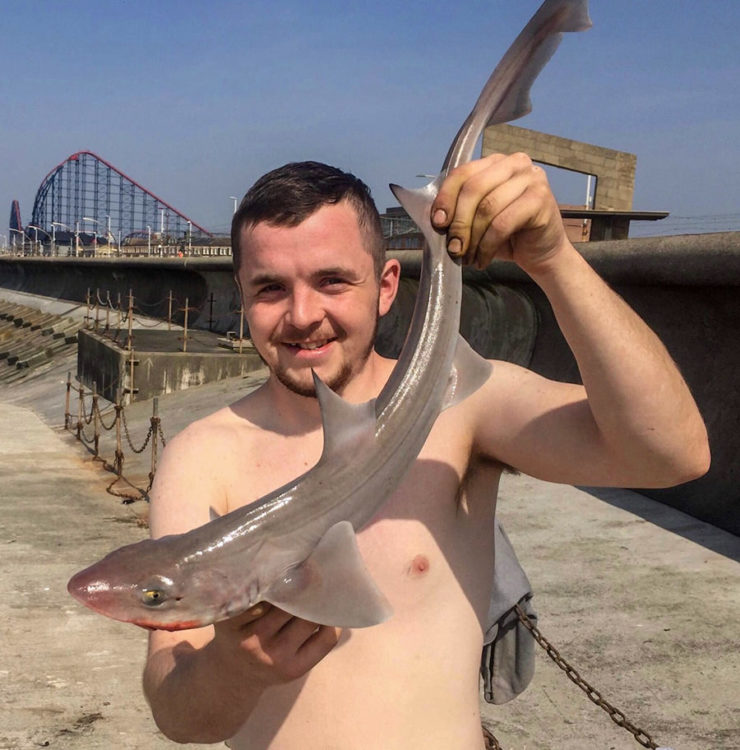 Jonathon Hall and Neil Whittle made an early start last Saturday and launched at half six for a run to the bait beds to get some fresh bait for the day. Pumping was easy today with the warm weather and big tides. With enough bait for the day they headed south to the River Ribble.

They tried a couple of marks on the Ribble, the first one producing a few dabs and flounder but a bit slow. A change to another mark was better but still slow. The first cast for Neil produced a small bass and the last cast for Jonathon resulted in another small bass. Lots of whiting, dabs and a few doggies were caught in between but again fairly slow.

They had another move out to Gut Buoy to try for some early mackerel but none were to be found, guess it’s still a bit early for them to show.

They tried another move further north to see if there were any tope but again no fish showed on the day.