This week is all about the incredible bass catches from our beaches with fish to over eight pounds being caught! We usually see one or two big bass appear at the beginning of May but what we are seeing at the moment is exceptional.

Whether or not the bass restrictions we have had in place for a few years are actually working and we are now seeing some very big bass being caught, but what ever the case its very good news for the beach and boat anglers.

The windy conditions that we had for a few days saw the surf rising and bass love nothing better than to feed voraciously in turbulent water.

Local angler Lawrence Chisnall headed for the Jaywick beaches in the hope of catching a bass and he certainly did that, he landed three fish weighing 5lb, 6lb and just before he packed up he caught a cracking 7lb 3oz bass. All his fish were caught on ragworm on a long pulley pennel rig. 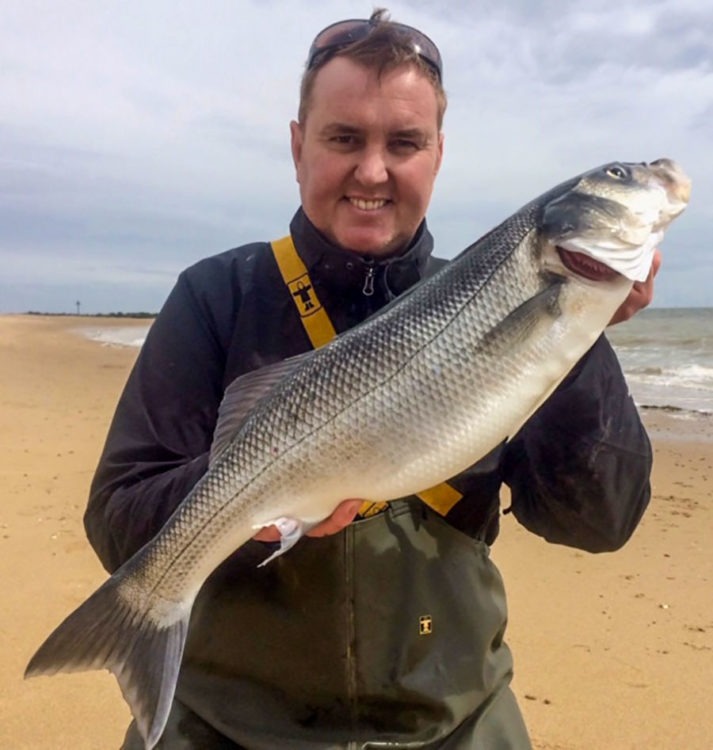 Ben Scammell and his brother Joe fished the Walton beaches. Ben caught 5 bass with the biggest weighing in at 6lb 3oz, Joe lost an even bigger fish in the surf.

Paddy Stewart and Jenny Clack fished the Frinton beaches, and the strong onshore wind whipped the waves up and they also found some big bass. Paddy caught the biggest weighing 8lb 1oz plus a 6 pounder as well, and Jenny also caught a 4lb plus bass. 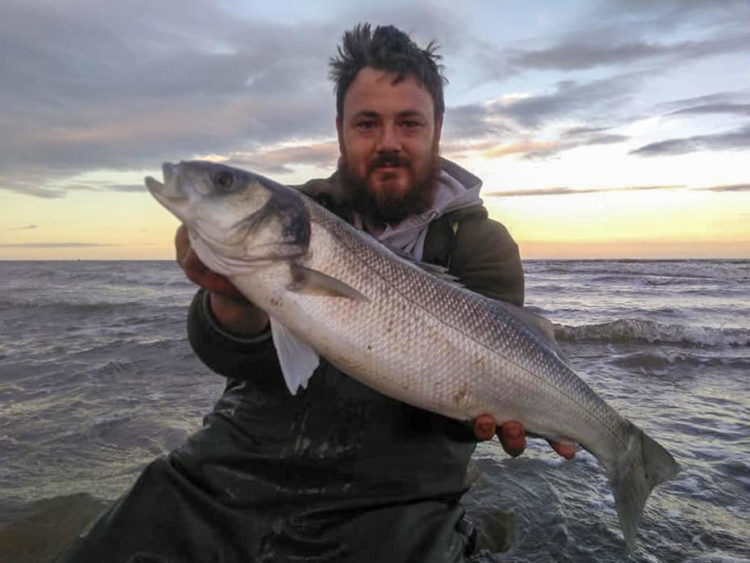 My trip this week was to the St Osyth beaches and I headed towards the Nature Reserve. It’s a bit of a hike but well worth the effort. I found the may-weed was a problem, this is an algae bloom caused by bright conditions and manifests itself as oily globules that lay heavy on fishing lines causing all kind of problems with trying to keep a bait still in the tide run and also reeling in.

I fished a flood tide using ragworm baits, the fishing was slightly slow but I did catch five bass, so well worth the hike.

Neil Cocks landed one of the first heavy weight stingrays of the season weighing in at 50lbs, Neil’s ray was caught on a squid bait.

Clacton Pier has had a great week with thornback rays turning up on most tides and rays to 12lbs have been reported, bass are also starting to show up here as well with fish to 3lbs being caught.

The Holland beaches continue to fish well for thornback rays and school bass being caught. 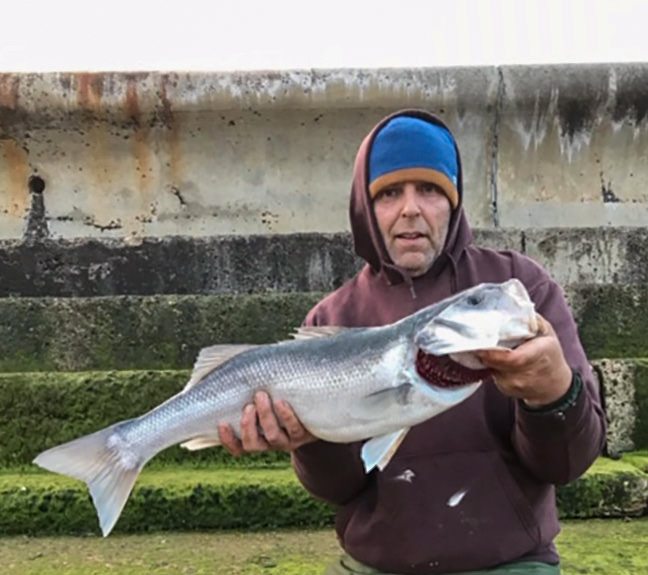 Paddy Stewart with a 8lb 1oz bass, he also landed a 6lb 4oz bass on the same trip from the Frinton beaches

Walton Pier has had a bumper week and has to be top venue this week with some big catches of thornback rays. Mick Lloyd fished a day time tide from the top of the pier and he caught 6 rays. Other anglers have also reported similar catches. Bass have all started to be caught and fish to 4lbs are showing and there is always a chance of a very big bass from the pier so if you are headed to this venue take a drop net with you to land your prize catch!

The boats have also had a reasonable week with smooth hounds returning and hounds to 12lbs have been caught. Dave Holland and Rocky Rotchell headed out from the Gunfleet Boating Club, and they fished just off of Frinton Wall and had a great day catching thornback rays and school bass, their biggest ray weighing 15lbs.