The latest Skegness Pier Angling Club (SPAC) match was held on Sunday 28th April from 12 till 4pm at Chapel Six Marsh. Despite the match clashing with other open matches, we had another good turnout of 14 anglers.

Conditions were once again far from ideal, with the wind having swung round to north easterly overnight, which had resulted in a rough sea again, made worse by the small 5.5m tide. But as the tide crept slowly up the steep bank, the surf eased a bit and the sun came out, making things a bit more pleasant!

Once again, catches were down compared to recent matches. But these days the ubiquitous flatties seem to come on the feed whatever the conditions and reports were soon coming in of flounders being caught. Grimsby ace Adie Cooper soon carded a reasonable one at 27cm, then phones were pinging with the news that Rick Jarvis had caught a 37cm flounder, followed by another measuring 32cm, so it was game on! 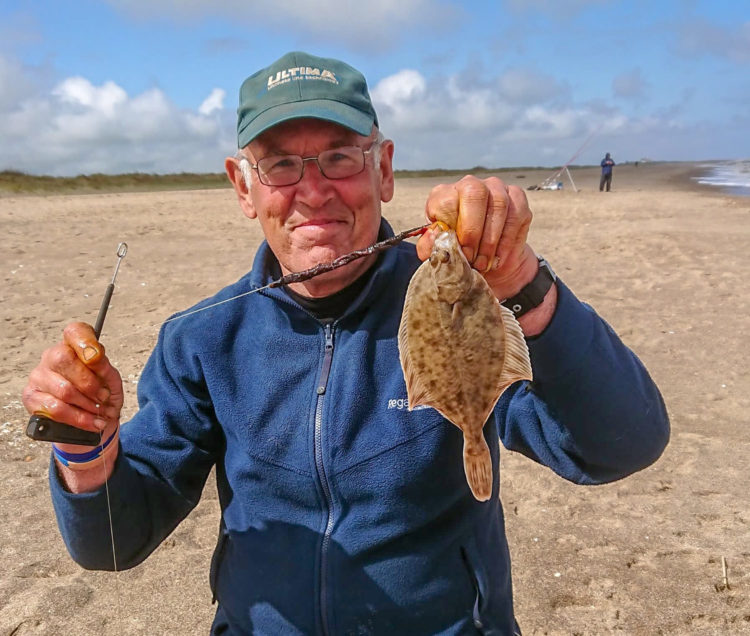 Match winner Chas Tibble with one of his flounders. He caught all his fish on whole yellows, which outfished crab on the day

Top Grimsby match angler Paul Denholm was looking for a hat trick of match wins, following two wins on the trot up Cleethorpes way and soon had a nice 28cm dab on his card, whilst “angler not a dangler” Bob Foster caught a similar sized flounder early doors. So similar to the last match, enough fish were feeding in the rough conditions to make the result interesting, rather than just a lottery of the odd fish.

Fishing his first SPAC match since June last year, Match Organiser Chas Tibble had managed to dig 36 yellows on a neap tide two days before and decided to fish with expectations of a bass or two. After booking everyone in, Chas went over the sandhills to find a packed beach, so walked north and slotted in between Dave Burr and one of the pleasure anglers strung along the beach. A second cast 22cm whiting caught at distance avoided the dreaded blank, then next cast a three hook flapper with a whole yellow on each hook resulted in a small flounder. Staying on the flappers at 40m, the next four casts resulted in a further six flounders, including two double shots! Next cast, a strong bite resulted in the target species, with a 34cm bass taking a liking for a whole yellow. 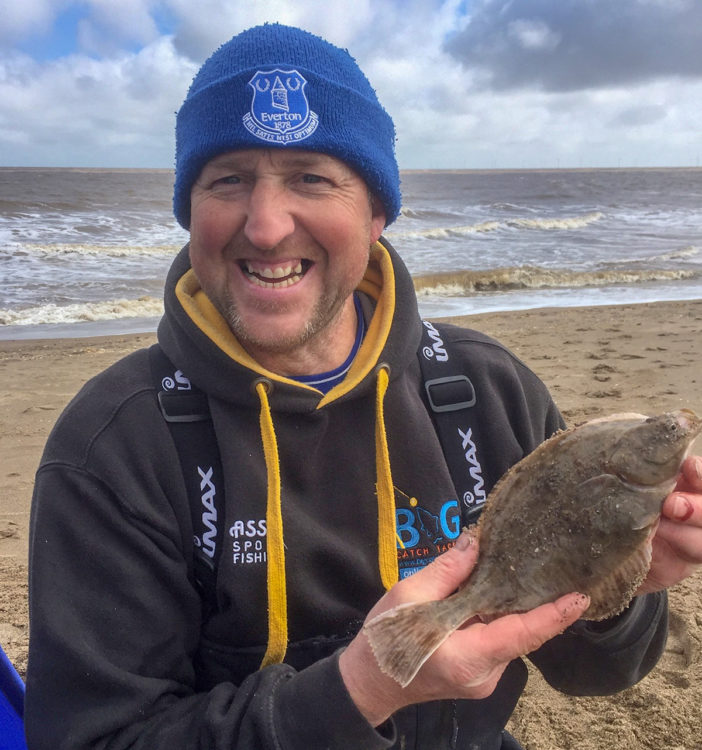 Second placed Adie Cooper with one of his flounders

Next cast another flounder, then two missed bites on the last two casts and amazingly, Chas had managed to win the Frank Parkins Shield with 10 fish for a total 247cm. He also won the longest round fish prize for his schoolie bass. Second place went to Adie, who ended up with four flounders for 118cm and just one fish behind Adie came Paul Denholm, with three dabs, a pin whiting and an eel pout, for 107cm. Rick Jarvis won the longest flatfish prize with his cracker of a flounder, which has also won the SPAC Fish of the Month prize for April.

So once again this SPAC match was a bit of a struggle, with catches affected by the rough conditions and shallow water on the neap tide. That said, it fished a lot better than the last match, with 38 fish caught, consisting of 23 flounders, eight dabs, four whiting, one bass, one eel pout and a tiny turbot, the vast majority of which were returned to the sea alive. 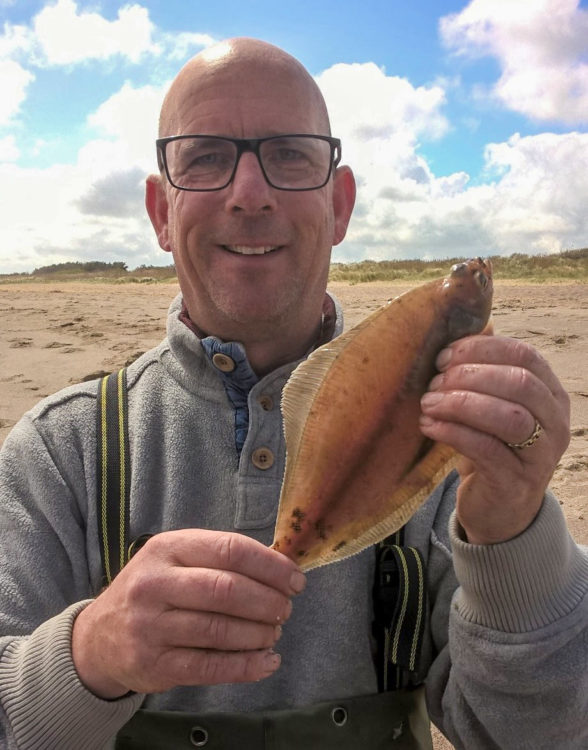 The next SPAC match will be the annual Species Hunt, which will be held on Sunday 12th May from 10:30 till 2:30pm at Trunch Lane. The match is open to all to fish and follows a different format to normal SPAC matches, with 10 points awarded for each different species caught, then a further 1 point for any more fish caught of the same species. Please pass on to those not on Facebook and please contact SPAC Secretary Chas Tibble on 07984 967988 or chastibble@hotmail.com for further details.