The bucktail baitfish is quick to tie and is effective in the salt water environment throughout the world. This is a 5 inch version but it can be tied in any size or combination of colours to suit local conditions. 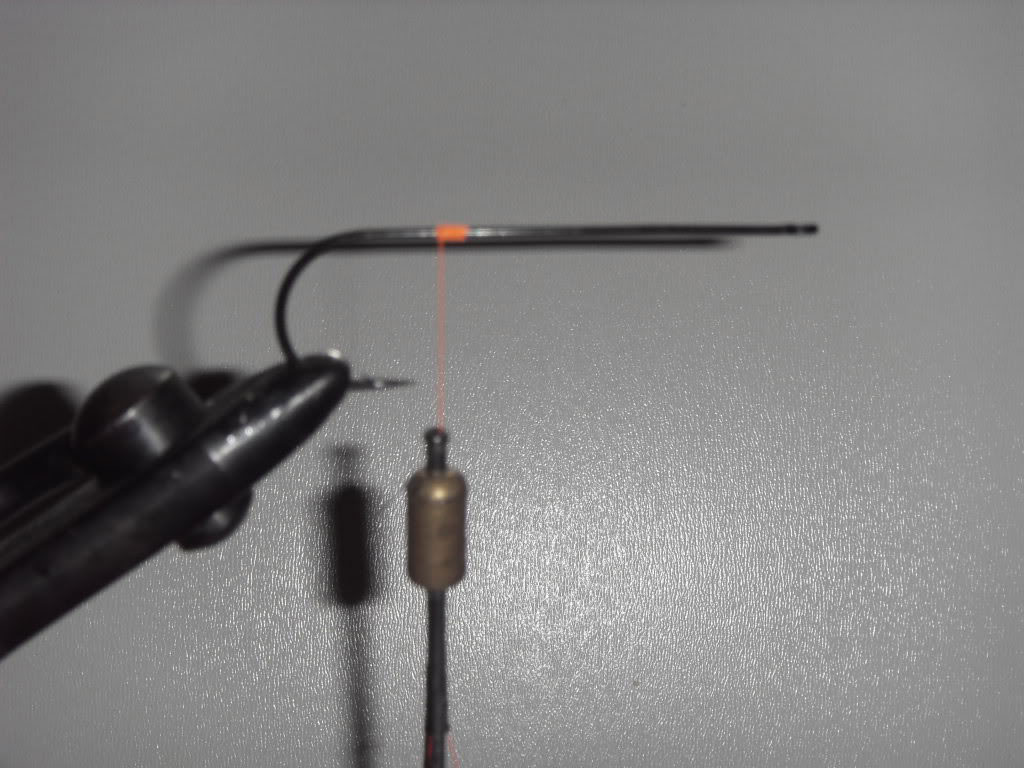 Tie in a few wraps of fluoro orange thread and add a spot of varnish, start your tying from the gape of the hook forward. 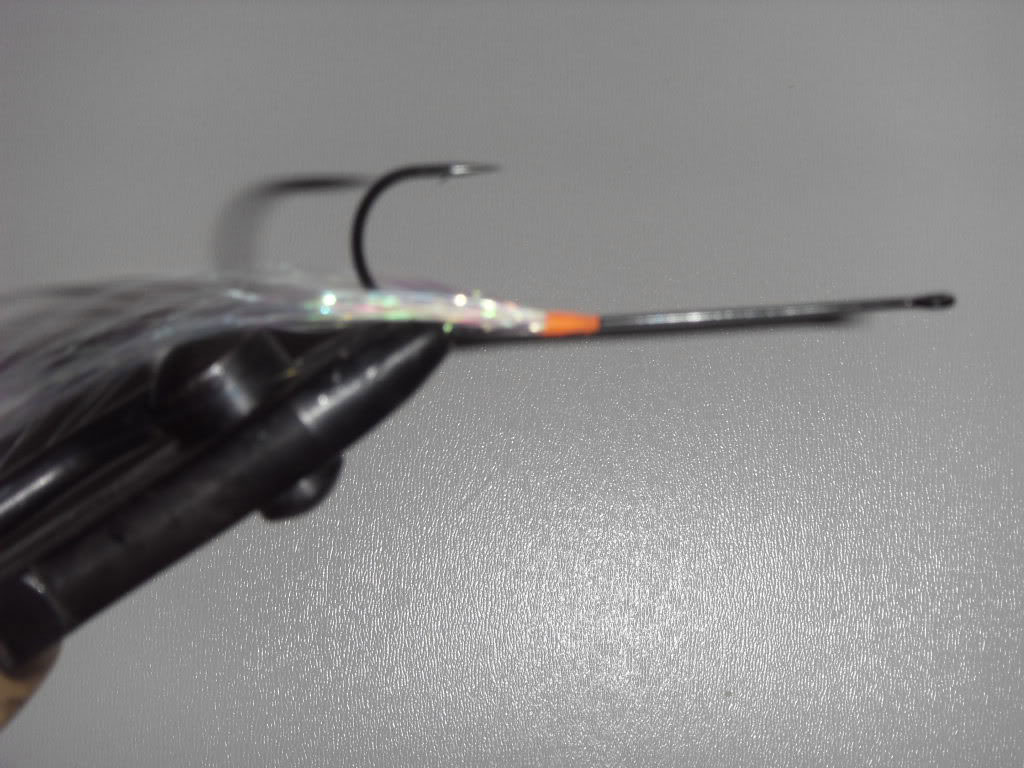 Turn the hook over and tie in 4 inches of pearl flashabou then spot with clear varnish to secure. 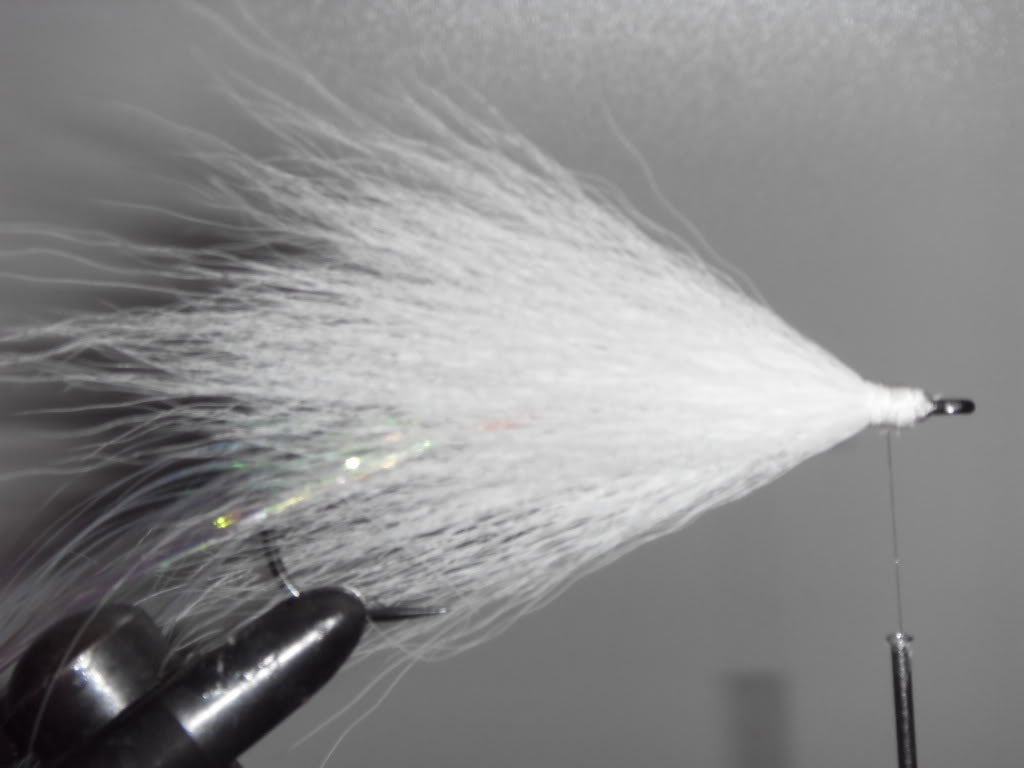 everse the hook and start winding with the clear mono thread from the eye of the hook back about an inch down the shank then add a spot of super glue to secure the bucktail in the next step. 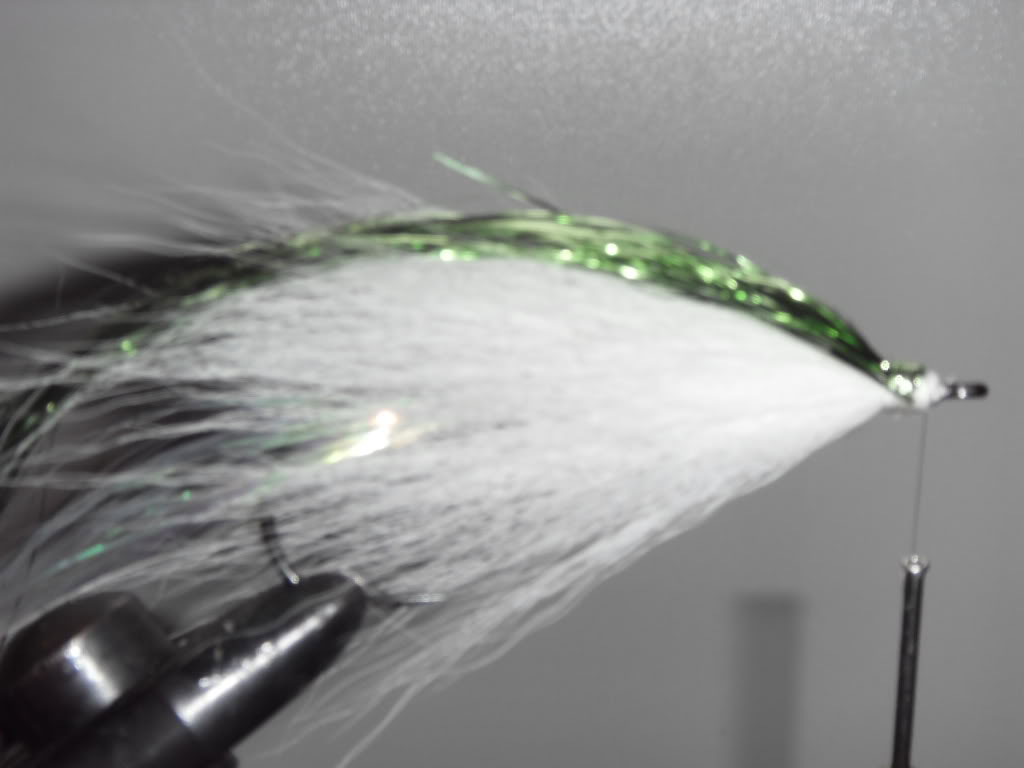 Take a piece of the bucktail and push down with thumb and fore finger so it encircles the hook then bring your thread forward of the tie. Avoid the superglue with your fingers. 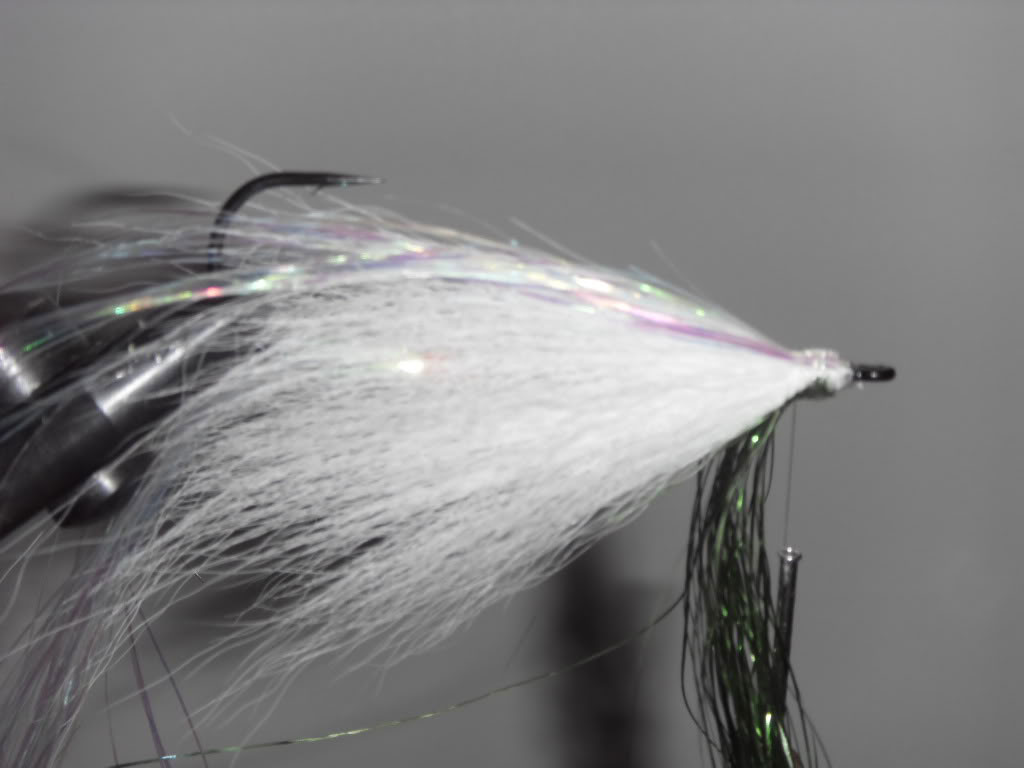 As with step 4 add additional bucktail. 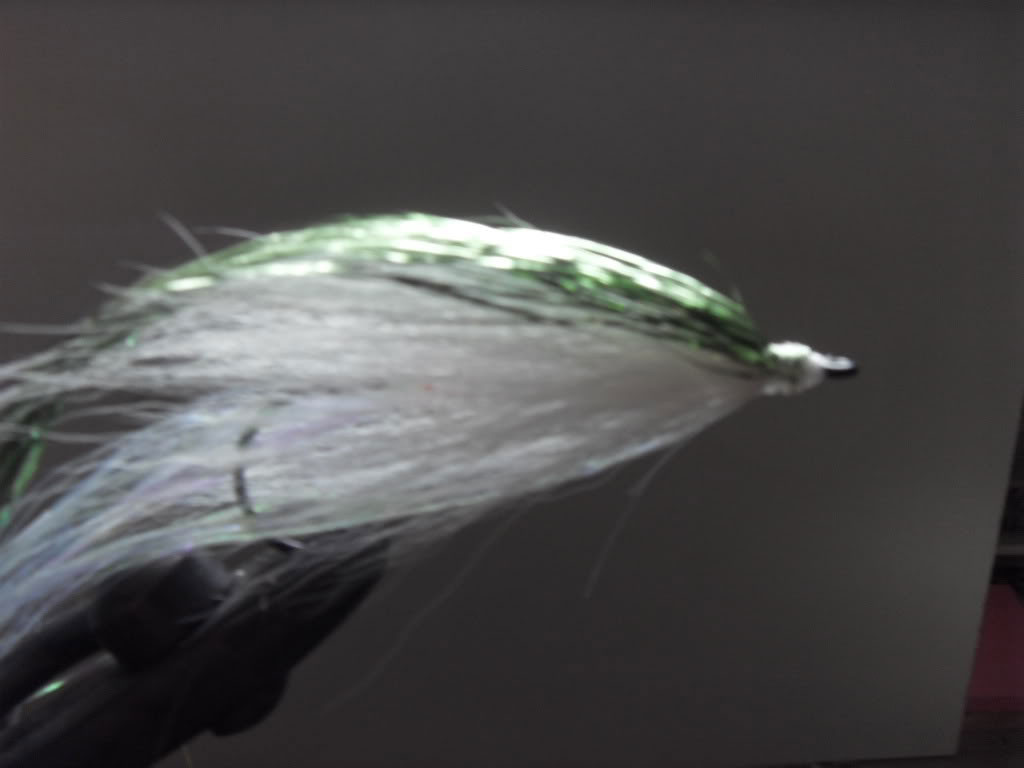 Tie in from the eye of the hook the green flashabou. The overall length of the flashabou should stop an inch before the end of the pearl flashabou tied in during Step 2. 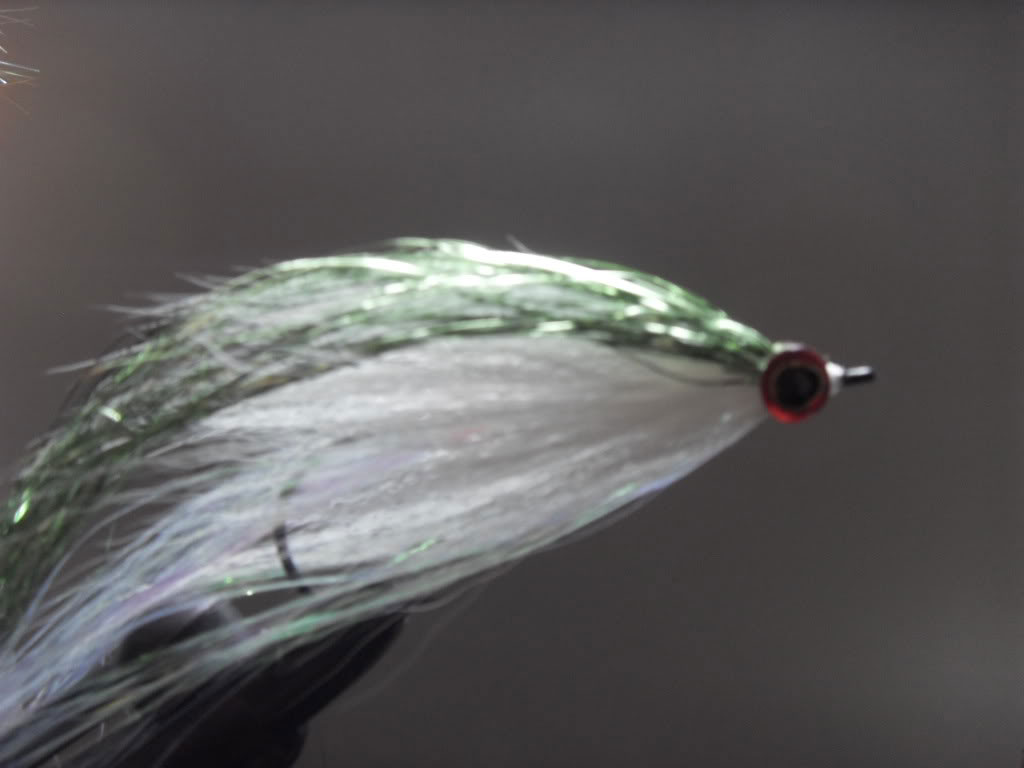 Turn the hook back upright and whip finish adding a drop of clear varnish and allow to dry, this makes the mono thread almost invisible. Add a tiny drop of super glue to where the eyes will sit then locate the eyes in place. This will be secure in seconds after which mix and apply a small amount of epoxy to coat the eyes and the gap between the eyes. 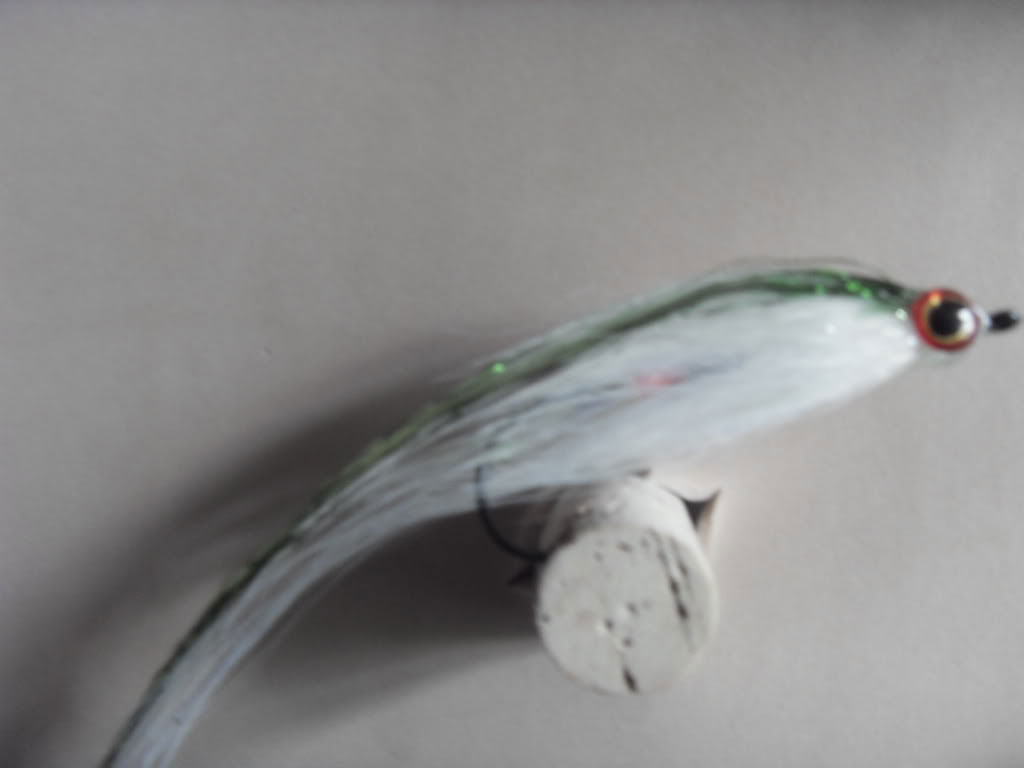 Place on a rotary drier or turn by hand, to ensure even drying. Folding the flashabou around the hook before placing on the dryer will stop it sticking to the head as it turns. 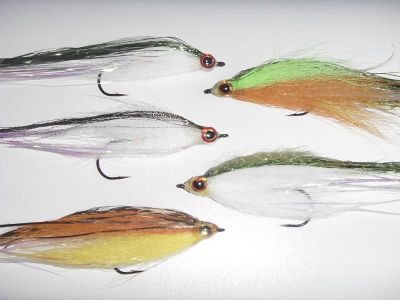 When wet the finished fly is a perfect imitation of a small bait fish that is hard for predatory species to resist.