Casting is an integral of fishing that only some move to develop. Iain Graham is an accomplished angler/caster who believes more anglers should get off their backsides and learn to cast properly.

Surfcasting, tournament casting, power casting or even long tossing as I have heard it called is not a difficult skill to learn with the right help. That help is freely available at organised casting events which take place all around the UK. If you have never been to one then maybe you should make the effort… it could be the key to better results on the beach. 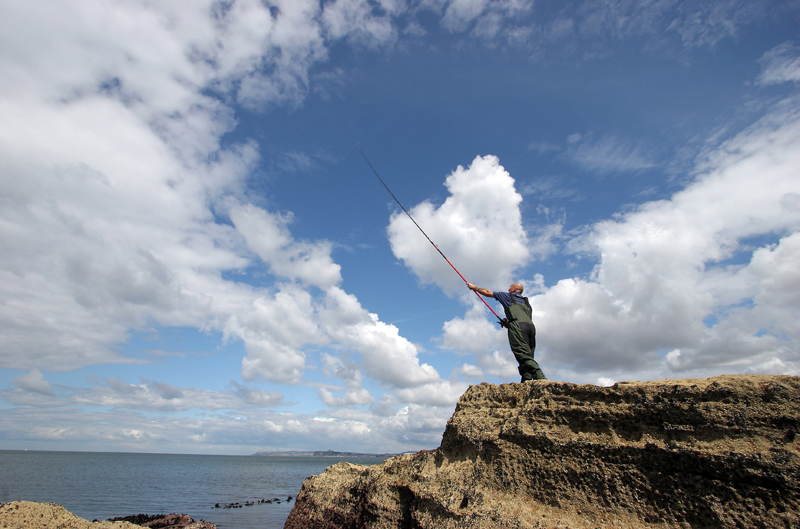 Casting is an essential in the shore angler’s skill set. Like it or not, it is a core dynamic of angling, right up there with bait selection, rig design, venue knowledge and application. In short, if you can’t cast even a little way, you don’t stand much of a chance of fishing effectively and catching fish. Casting is a controllable variable managed to your best advantage – in other words, you do not have to cast far just because you can. But when the going is hard or the fish are scarce, it can pay dividends to reach longer range – especially if the anglers around you do not have that ability up their sleeves. And, if it works and you start catching, then it’s game, set and match to the big tosser. Often, those deriding the need to cast far; insisting fish are just behind the breakers, are those who simply cannot cast any real distance. Privately most would love to fling a bit further. Such logics are not all encompassing however – longer casting ‘can’ make a big difference but not always. Casting is simply another string to my bow to be used if and when required.

A throwaway comment that rankles is “He only did well because he was casting further”. I’ve heard it so many times and struggle to understand why many anglers choose not to embrace the concept of ‘having to be in it to win it’. If the bulk of the fish are more than a hundred yards out and you can’t reach them, you are not going to catch many… it’s as simple as that. 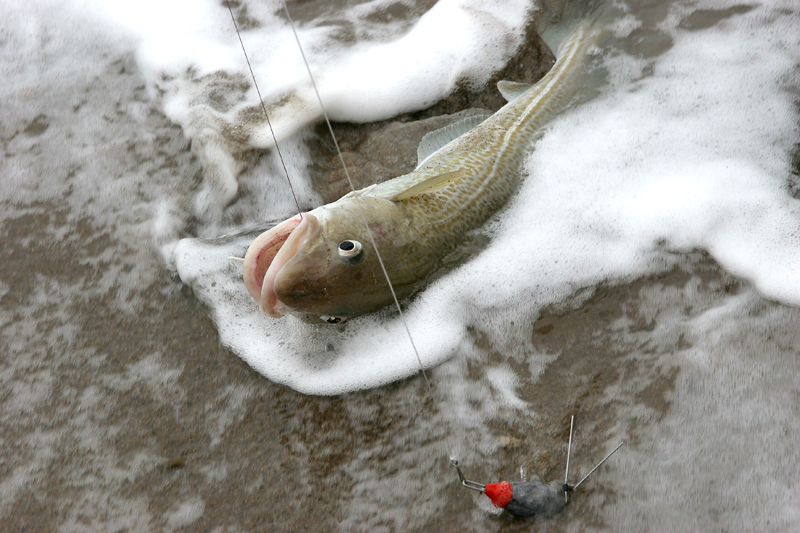 Rod builders now utilise state-of-the-art technology and materials, and even the ‘bad’ rods are superior to what we fished with years ago. The bulk of modern shore rods and reels have inherently more distance potential than a majority of sea anglers could ever fully harness. However, most everyday, happy-go-lucky anglers could achieve much better distances painlessly, if only they’d apply themselves and go about it in the right way. To my mind the situation is a like a convoy of old ladies crawling down the motorway in Formula1 racing cars with no intention of stepping on the accelerator. Improved casting sprouting from ‘driving’ tackle a little better could put you among fish that those around you are indeed equipped to access, but can’t. Casting is an essential of fishing, and longer casting shouldn’t be misinterpreted as showboating. Longer casting should be regarded a switch-on/switch-off means to greater ends. 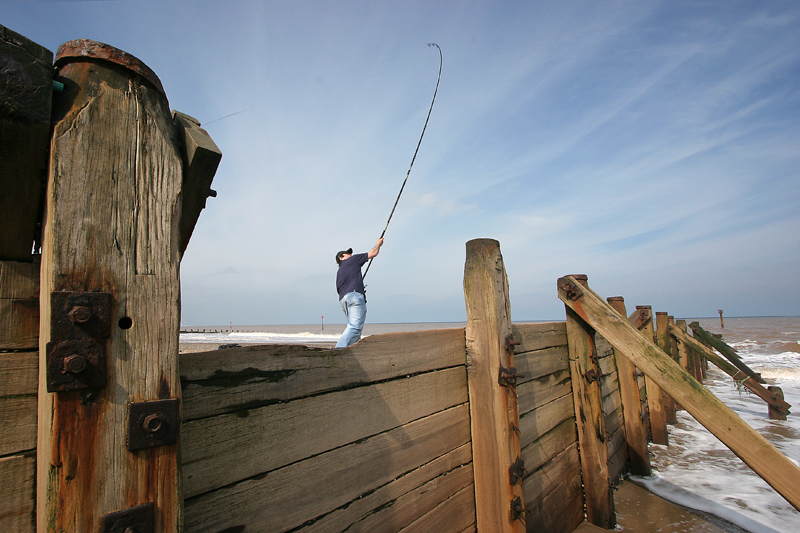 Experienced casters will tell that it’s far easier to watch others cast and identify problems than to try and self-diagnose and dissect your own cast. This is where organised casting days and tuition do wonders for personal development. Don’t believe the dummy view that casting events are all testosterone and posturing. Casters of all abilities – most of whom are anglers first and foremost – reap the benefits, and anyone can come along and receive excellent, friendly one-to-one instruction for free. Now then, tally up the divorce-courting sums of cash you’ve splashed on tackle, including that top-of-the-range rod which is probably the single most expensive item you possess. I’ll bet it’s a princely total. Now be honest, wouldn’t you like to be get more from your prized kit? Or will the only reason your neighbour caught more than you next time be because he could cast further?