Two venues immediately opposite each other on the banks of the river Tay and beside the city of Dundee, Discovery Quay and Wormit Bay can provide great sport for the beginner as well as providing a productive venue for the match angler.

Sandwiched between Tay road and rail bridges, Discovery Quay forms part of Riverside Drive which runs along the river’s north shore into the heart of the city of Dundee. It is so named because Scott’s world renowned tall ship, RRS Discovery, famous for early Antarctic science and survey expeditions around the turn of the century, now resides here as a major tourist attraction.

This is every bit a convenience venue with fishing over the sea wall for a mainstay of flounders and common eels, never more than a few steps from the car it is ideally suited to youngsters and disabled anglers. Codling, bass, seatrout and coalfish form incidental catches from the extensively mud bottom which also harbours odd snags.

Large flounders and eels do feature but fish marginally over the size limit are the normal target in a general depth ranging from 15 – 30 feet. Postage stamp flounders also go with the territory and at times their large numbers are cause enough to up sticks and move marks. 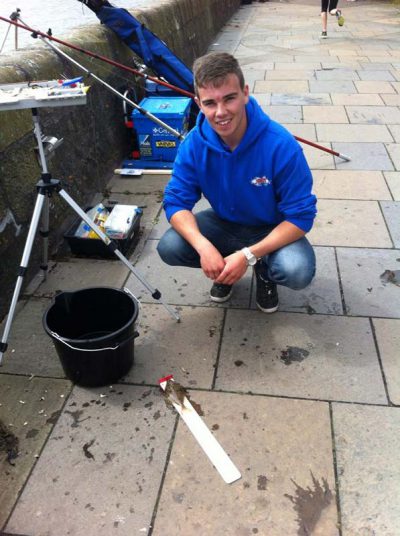 A responsive rod in the Century Tip Tornado or Daiwa Sandstorm mould, paired with a small multiplier are ideal general tools for this simple style of fishing, involving close in and middle distance work. Mainlines should around 15 or 18 lb to a suitable casting leader. A lighter bass or flattie rod and fixed spool pairing can also be very useful for enticing fish with a very light lead when conditions allow.

Use 2 or 3-hook flapper rigs as a matter of choice. 20 lb clear mono is appropriate for snoods which can be as long as 36 inches. The water is generally coloured, so attractors like sequins and small beads are unnecessary.

A range of leads from very light 1 oz bombs to 6 oz breakaways should be carried. Tidal strength can be much stronger on the ebb and fixed grip leads up to 8 oz can be required to counter the flow and weedy surface flotsam on spring tides. Problems with attached weed can be overcome by switching to a heavy mainline straight through.

Fishing kick-starts with the June explosion of peeler crabs which anglers grapple for with the same vigour as resident fish. Mid June and late September bracket a relatively short but very productive season for flounders and eels that can reach 2 lb in weight. Fishing a month either side of this period can also produce quality fishing but things are much less predictable.

Unlike further up-river, anglers are not confronted by a huge undulating expansive of mud at low tide and there is usually enough water available to make fishing worthwhile. 3 hours either side of low water tends to be most productive on neap tides, with 3 hours up to high and an hour back better on bigger tides. 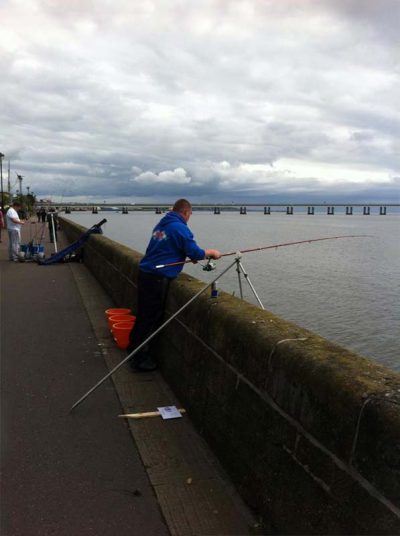 Worm baits stand a poor second to peeler crab in season, but come into their own when crabs vacate the colder shallower waters. Rag or lug tipped with a single cockle or tiny wedge of mackerel or herring make good baits at that time of year. It is also something of a standing joke among matchmen that some older local anglers sometimes use pieces of kipper to catch flounder. However, it would not be the first time that a presumptuous match angler has had the smile wiped off his face when an old kipper ‘chucker’ has swung in the heaviest flounder to claim the pools money!

From the M90 take junction 10, signposted Dundee. This joins the M85 for a short while then the A85 which leads on to Riverside Drive and Dundee city centre. Discovery Quay is situated on the shore road after the airport and in front of the Tesco supermarket.

Dropping crab baits down to the base of the wall often produces eels when all else fails.

Horseshoe-shaped Wormit Bay, two jutting boulder points near the old house, and the mud-locked wreck looking towards Balmerino which dries out on larger tides, are distinct marks within a mile-long stretch all of which are capable of impressive returns.

Modest flounder and eel form the largest part of catches from this extensively muddy stretch lurking in the shadow of the Tay rail bridge. Sea trout are a regular accidental catch, with rare smelt and small codling sometimes taken. Flounder numbers build steadily from the end of April, with the best fishing during June, July and August. Eels show up during June. In matches it is not unusual for large mixed bags to be weighed in. September and October are the best months for better sized flounder and eel.

Most codling tend to be taken later in the year from the far right-hand extremity, close to the bridge.

Most fish are caught inside 40 yards and long casting is not required. Uncomplicated 2 and 3-hook flapping rigs boasting long snoods and either size 2 or 4 Kamasan B650 or B940M hooks are best suited. A tippy beach rod and small multiplier combo with 15 lb mainline is standard kit but a bass style rod and fixed spool arrangement is also at home here. Rag and even lug baits tipped with a tiny wedge of herring or mackerel work for flounder early and late in the season but peeler crab is the only bait worth its salt at other times. 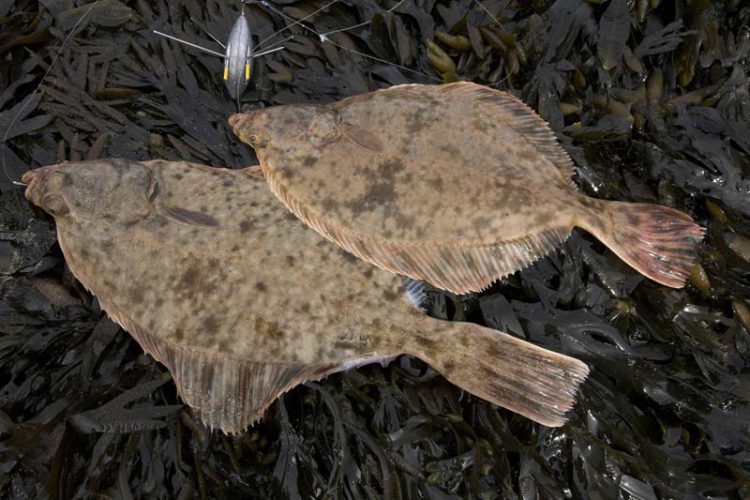 A good tip when things are quiet is to drop baits ridiculously short – 5 yards is not too close! Chest waders are also handy, not so much for their intended purpose but for keeping clean on the sloppy mud. However, anglers should be careful not to venture too far onto the mudflats as it can be worryingly deep in places.

Fish 3 hours either side of high water on bigger tides, and 3 hours down and up over low on neaps.

Join the A914 from the Tay road bridge. At the roundabout, follow the signs for the B946 and Wormit. Follow this road past the houses to the edge of Wormit bay and park on grass verge.