Despite last week’s massive tides the mackerel failed to appear in any great numbers, though some of the Hartlepool piers, in less windy conditions, did produce bags of up to 30 fish on lures and float tackle. Bait fishing was poor, with even the normally reliable dabs in short supply, some of the beaches at Parton and Crimdon did produce the odd better flounder and a bonus bass, and some whiting did eventually show after dark. The best sport other than mackerel fishing was to fish close down the pier sides for lots of small coalfish and wrasse with the odd bigger ones to a 1lb amongst them.

The Durham beaches were also quiet but did offer a bit of shelter and some anglers managed some reasonable mixed bags of flatties. The recent Seaham A.C. Crawford Memorial Trophy match clearly demonstrated the recent tough conditions with only five out of 31 weighing in two dabs, two gurnards, a flounder and a coalie for a total of 3.11lb. David Alderson had the heaviest fish, the coalfish which weighed 0.80lb taken from the North pier, Geordie Hope had two fish for 0.66lb, and John Blaney had one for 0.63lb. 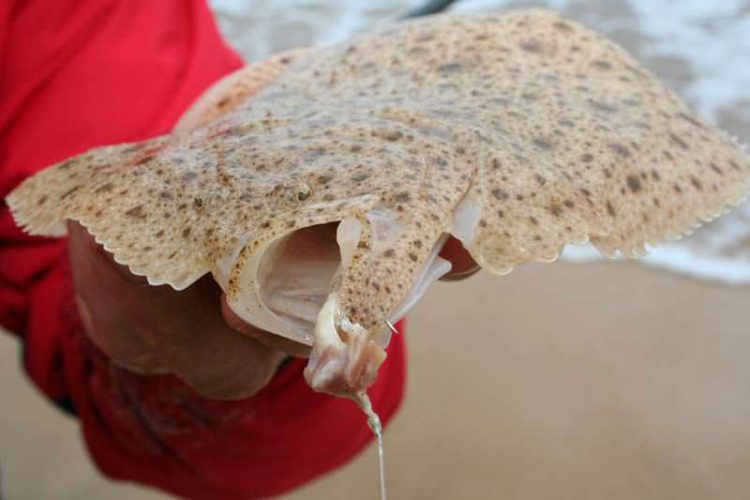 North of the Tyne, where clean water conditions are generally more productive, there are good numbers of mainly smaller turbot among greater numbers of flounders from all of the clean ground Northumberland beaches, with Druridge Bay, Warkworth and Embleton producing the best fishing. Fresh mackerel strip has taken turbot up to 2lb.

The Tyne has a lot of flounders and plaice showing in the lower river marks and has been a popular venue in the windy conditions with the chance of a decent cod amongst the flatties. Tom Sawyer won a Tynemouth retired members match with 13 flounders for a total of 7lb 15oz, Ian Galbraith had 10 flounders for 7lb 2oz, Bill Langlands had five flounders and a plaice weighing 5lb 5oz, and Phil Smithson had the heaviest fish, a cod of 1¼lb. Two days later for a Tynemouth summer league match Dave Hayley caught the only fish weighed in to win with a cod of 3lb 1oz.

The Wear is also popular for its famed flounder sport and recent matches have seen a few smaller, but in size cod, move into the river. The Ryhope Tuesday evening sweepstake saw a tie for first place with Paul Hossack having a flounder of 1lb 1oz and Paul Richardson an eel of the same weight, Chris Hossack was third with a flounder of 15oz. Another Fisherman’s Locker match fished at the White Wall in the Wear saw Andy Rutherford win with 14 fish measuring 402cm, the best making 34cm, ahead of Dave Mould with 11 for 314cm. Michael Rich had a cod of 1lb 15oz to win a Sunderland S.A.C. match followed by Peter Moir with a cod of 1lb 3oz.