The response to Planet Sea Fishing’s recent Dave Docwra photograph competition was overwhelming and left judge and professional angling photographer Mike Dobson with the tough job of deciding the winning images. The competition was not judged on the technical excellence of an image but rather on a picture’s ability to communicate fishing atmosphere, emotion or a message.

There were so many images to choose from that I eventually decided to populate the top three places with one action image, one quirky shot and a trophy picture… and by golly, there were no shortage of those! The standard ranged from technically very good to ‘must try harder’, but instead of plumping for pictures that stood out well technically, I wanted to select those that communicated something of the ‘feeling’ of fishing and the great outdoors. 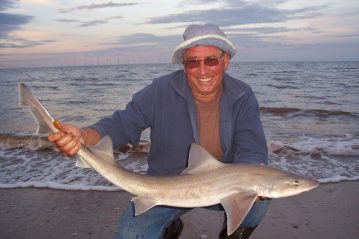 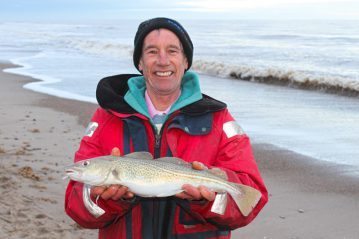 I am a sucker for a good trophy shot, and those showing a great big fish held by a clearly delighted captor are what the best pictures are all about. How often do you see reader snaps and professional shots in the sea angling monthlies with a ruinous down-in-the-mouth expression on the face of the guy holding the fish? The answer is all too often. I do have to say however that ladies generally smile and crack a better image subject than their male counterparts – that’s just one of those odd things that you notice after donkey’s years of pointing cameras at anglers.

The trophy shot claiming third place is of a smashing shore-caught tope held by a clearly very happy angler who is not afraid to flash his teeth in all their glory. This picture shouts sheer delight while communicating a real sense of personal achievement. Now I will hold my hands up and confess to a little bit of digital fiddling to remove some blood evident in the original image, but I had decided that a quick clean would be afforded to all shortlisted images if required.

The tope is held well, and the angler’s hands are kept discreet rather than unwittingly blotting out the fish’s best bits like too great big fistfuls of sausages. The angler’s face is in focus suggesting that the photographer didn’t make the mistake of locking the camera focus on the fish. No prize but the third place plaudits are yours. 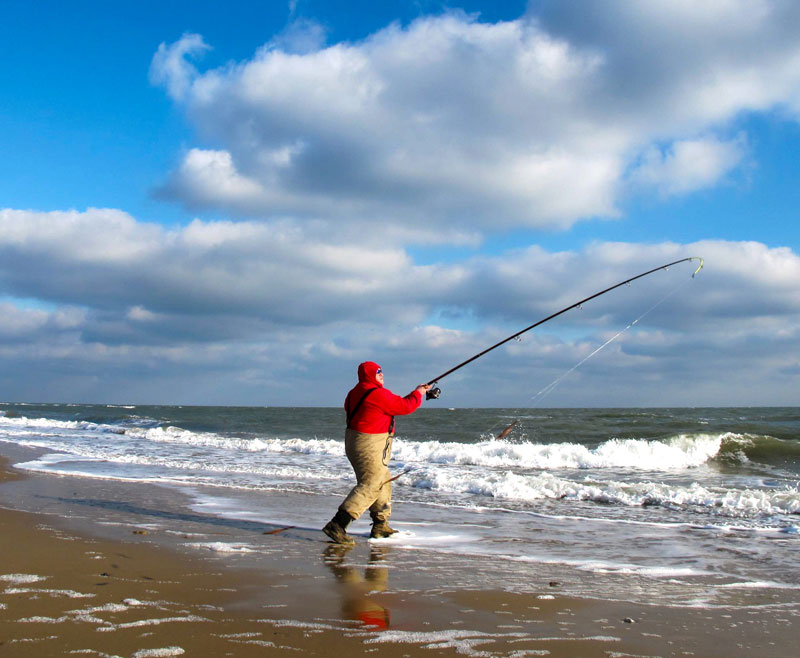 Second place fills the action category slot and is awarded to Ashley Hayden for this beach scene. A knowing head tells me that the cast is something of a sideswipe, but that is just testimony to the trueness of the image for me. This is fishing in the raw, with none of the set up or contrition that can go into dedicated feature shoots. I like warts-and-all imagery that communicates actual action. This image of ‘Big Red Riding Hood’ does this in spades.

The picture is well lit, contrasting light and dark well. The angler’s red top serves to draw the eye and lift the shot. There is a certain tempest in the sea and the breaking waves. There is something sensory about this picture where I can almost hear those waves crashing in and smell the salt. A fine effort Ashley; as runner-up, you just miss out on the Dave Docwra double DVD pack but you do get to be very chuffed with yourself.

So to the winning image then. Well, this wasn’t an easy choice but for all my to-ing and froing through a final shortlist of 12 images I kept returning to one in particular. It was sent in by John O’Conner and I have christened it ‘Lonely Yellow’ for simple reference. 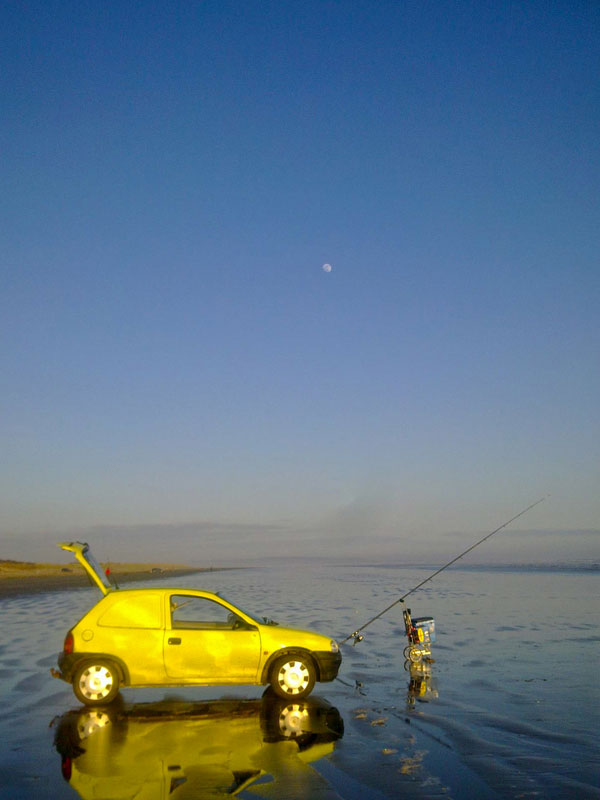 This is a picture that perked my curiosity, and one that provokes many questions and interpretations. By intention or default, the image is more than ordinary. It has that special something that is hard to nail down and describe… and that is a big part of why I like it.

Is it an eccentric visage? Is there some deeper hidden message here, or is humour prevalent? The truth is that I don’t know the answers to any of a dozen such questions that spring to mind, and that has to be reason enough to declare this quirky and thought provoking image a worthy winner. Very well done John, I think you have a horrid taste in motorcars but your winner’s DVDs will be on their way shortly… good man!

I’ve included some other images at the beginning of this piece and in the gallery below that didn’t quite make the final three. I would like to extend my thanks to everyone who entered this great fun competition. I am told that there will be another soon and I look forward to mulling over the next bundle of your sea fishing pictures.

The Dave Docwra DVDs can be purchased by emailing Jon Bryant