Steve I’Anson is your guide to Ravenscar in North Yorkshire – a venue frequented by fossil hunters and big cod anglers alike.

Ravenscar lies midway between Scarborough and Whitby on the edge of the North Yorkshire moors. One look over the cliff tops on a low water spring tide instantly sets anglers’ minds racing with cod-obsessed thoughts of what may lurk in the deep waters below. Huge boulders rash most of this rugged shoreline, with thick drapes of kelp smothering the seabed beyond. Two very prominent flat ledges that can be seen at low water. North cheek and Blea Wyke to the south both protrude into deep water and a fast flowing tide, which is a combination particularly conducive to fish… and the venue produces more than its share of big ones. 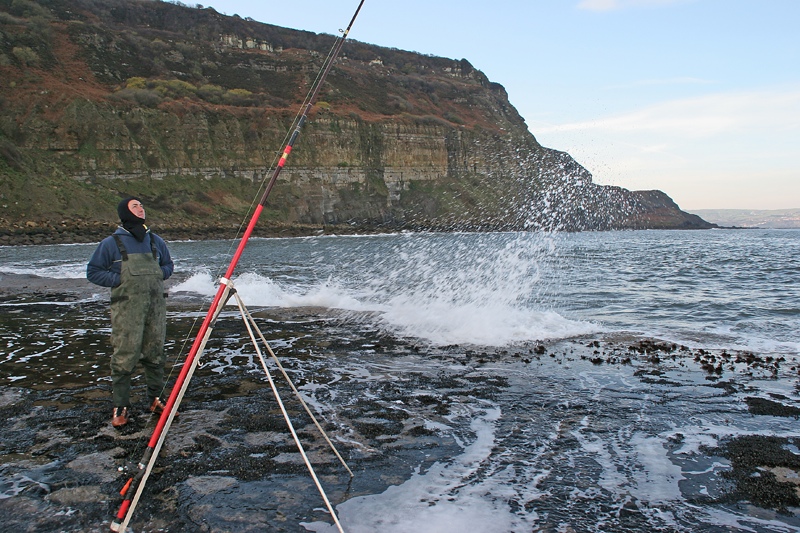 There are two main ways down to Ravenscar: one is near the Raven Hall Hotel, while the other is below the small village square and difficult to locate. The descents and ascents are not dangerous as such, but they are very strenuous, and a good level of fitness is essential. Whichever way you choose to go down it is best to go with someone who knows the area. 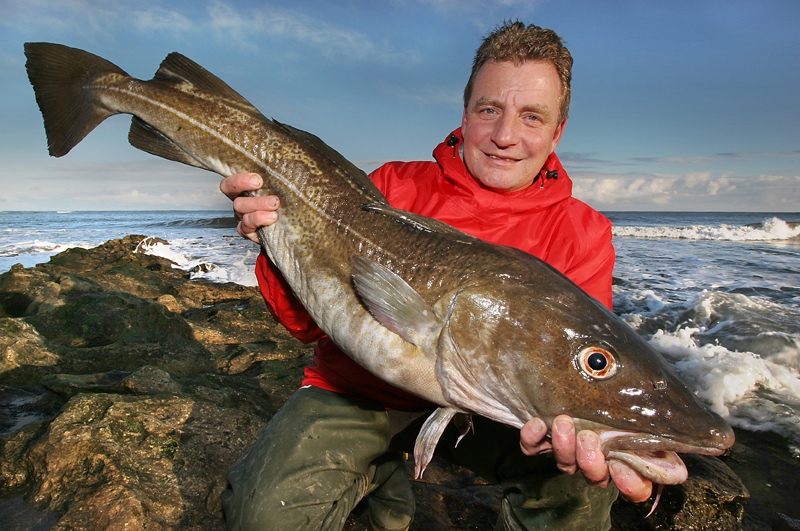 This rugged piece of coast boasts a stunning backdrop of steep vegetation, and provides some of the most scenic areas to fish in Yorkshire.  Cod are the main target here, and while big bags of fish are not common, the area is better renowned for producing quality fish. Anglers will often see or hear Ravenscar fossil hunters chipping away at the Jurassic landscape, hoping to turn up an altogether different kind of rocky treasure.

Ravenscar is not the routine sort of codling mark where anglers set their sights on a 15 – 20lb bag of small fish. Rather, it is a mark where a single big cod of 15 – 20lb is more likely! Anglers venturing to this mark typically go in search of big cod… and those big fish can come from anywhere. 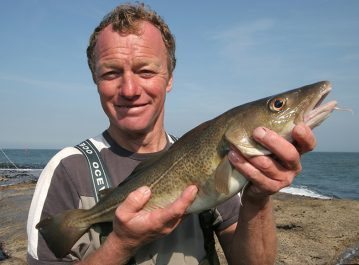 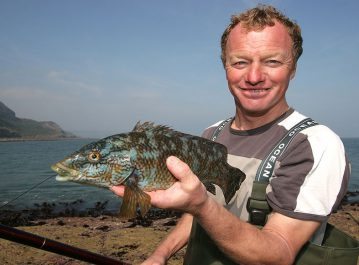 Best times to fish here are during the mid-to-late summer and late winter. In summer, fish over low water spring tides when the sea is absolutely flat calm and gin clear. This is often the best time to move frequently from hole to hole; short casting into the thick kelp, looking for one of those big red summer natives that always look so stunning with the variety of reds and oranges they display at this time of year. 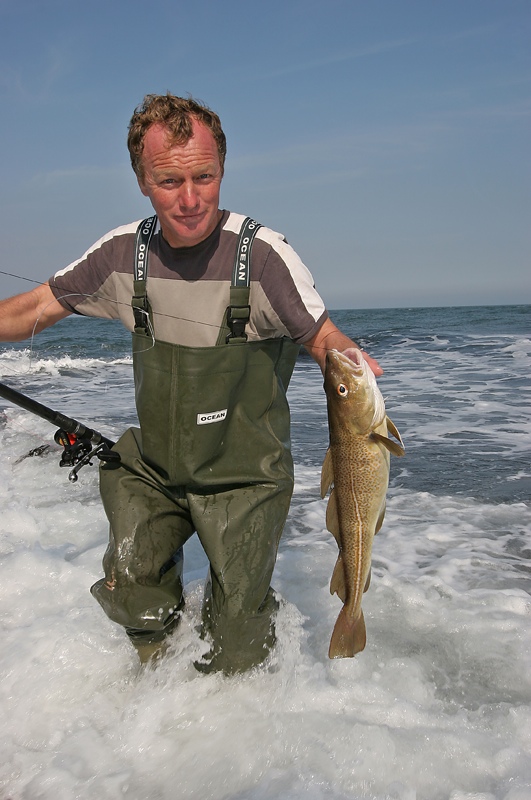 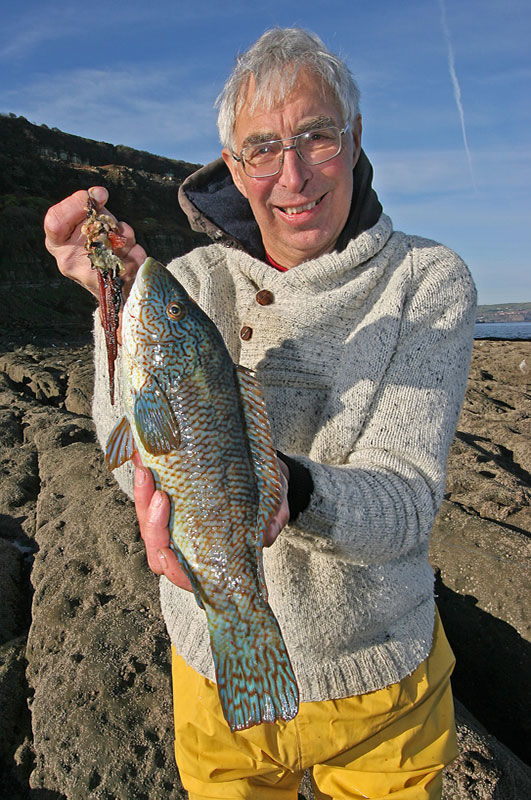 In winter, December onwards is usually best as this is when the really big roe-laden fish move in close. Ideal conditions would be a dropping northerly sea with a smooth roll and plenty colour in the water. Big fish can however turn up at any time. Fish will also linger when the sea has dropped away, often lurking in a deep pocket or kelp-filled gulley. 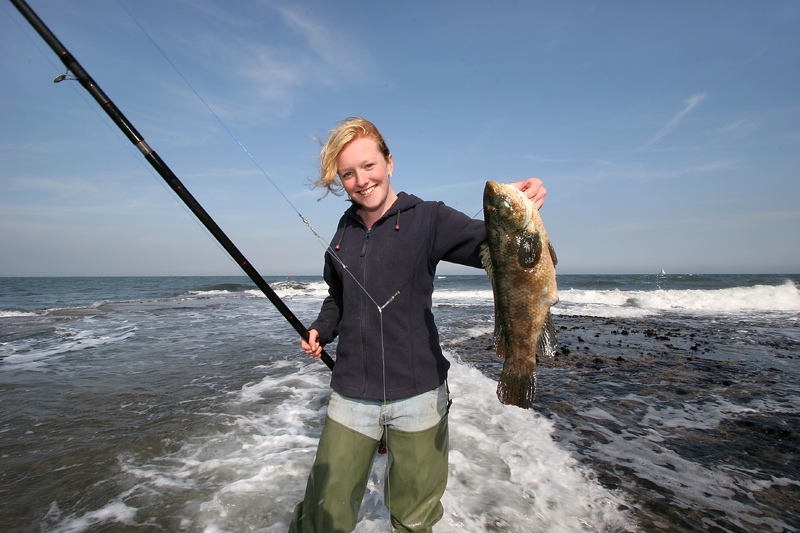 While many marks fish better during the dark in winter, Ravenscar isn’t particularly affected by light unless the sea is really calm and the colour poor… good job really, as it’s a spooky sort of place in darkness, and you don’t  see many anglers venturing down here at midnight!

Tackle, baits and other species 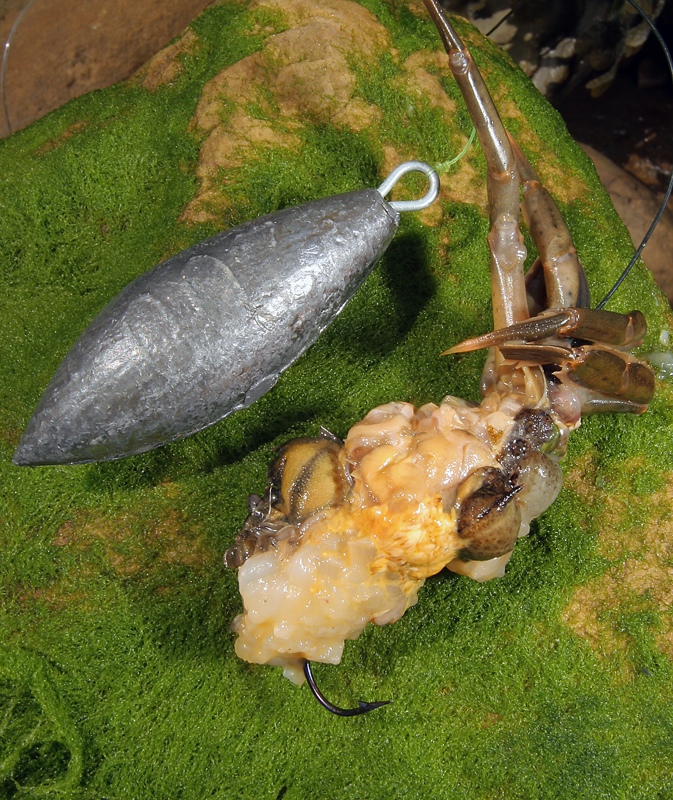 Tackle is standard kit for this part of the coast – a 13ft rod and a 7000-size reel loaded with 30lb mono and a leader. There is however, an increasing trend towards 16ft rods and fixed spool reels loaded with braid that are achieving great success. Braids to 60lb that are as thin as 15lb mono are used in conjunction with the long rods, and give even average casters that extra distance. Big 5/0 and 6/0 hooks and similarly big baits are recommended.

As with most summer fishing on this coast, fresh peeler or a large soft crab is by far the best bait. Both fresh and frozen crab work well in winter, but big cocktail baits of worm and mussel will also do a plenty damage, especially in really coloured water. While cod are the main target, ballan wrasse are abundant with some topping 4lb.

Serious cod anglers can regard wrasse as something of a scourge, cursing the instant wrasse ruination of prime cod baits as soon as they hit the bottom. Occasional pollack and mackerel can also be taken when lure fishing from Blea Wyke in summer.