Tranquil Greatham Creek is a venue populated with diverse wildlife and held in very special affection by Steve Walker. Having fished here for flounders, eels and other species since he was a boy, the place lends itself to freshwater tactics and has magical appeal says the author.

At low water Greatham Creek is a relatively small body of water that flows into the mouth of the river Tees and is tidal for much of its length. The tidal limit is a few miles inland, on the edge of Hartlepool itself at the ancient village of Greatham, which experienced considerable during the early part of the last century. Houseboats used to moor upriver of the road bridge, and there used to be an active herring fishery once flourished here. My own youthful memories are of friends and I catching eels and flounders from this part of the Creek on hand lines.

The Creek then flows down through typical salt marsh as a narrow channel and passes under the main coast road from Hartlepool to Middlesbrough. I would suspect that few passers-by would think that there are actually fish in the Creek, and fewer yet would contemplate fishing this innocuous venue. Several hundred yards down-river of the road bridge the Creek widens dramatically into a vast expanse of mudflats that are not visible from the road. These flats are criss-crossed by deep channels, which are covered at high tide by several square miles of water. This area is tranquil and the only people normally seen are those anglers working tyres and drainpipe crab traps along the channel edge, or the occasional group of bird or seal watchers. 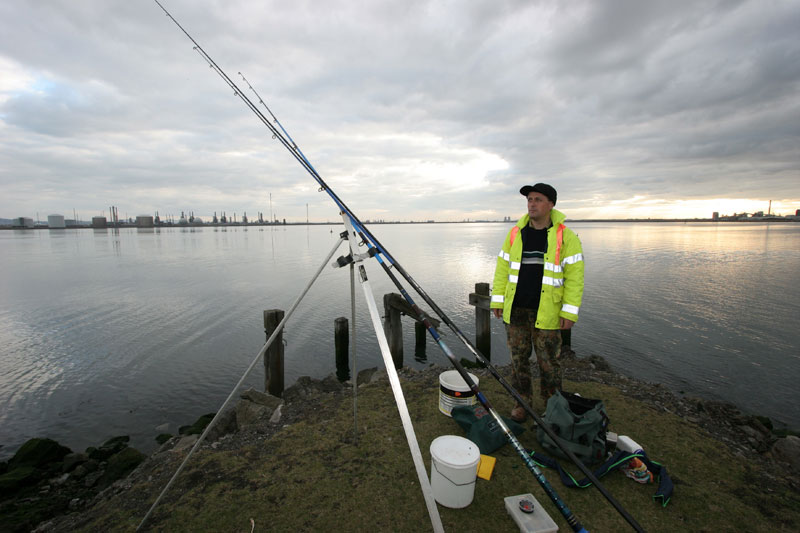 With resident colonies of both Grey and Common seals, and home to thousands of wading and migratory birds, the Creek is an important site of special scientific interest (SSSI). Other wildlife including foxes, rabbits, hares, stoats and weasels will often come quite close to the visitors. Occasionally harbour porpoises are seen frolicking in the Creek at high water. The wildlife and relative peace-and-quiet makes this one of my favourite places to wander with rod and line.

This whole area on the north side of the Tees is under-fished, and offers much to those who prepared to explore and experiment. There are good numbers of flounders and eels, as well as small whiting, coalfish, bass, and various mini-species such as blennies and rockling. During heavy winter seas cod will move into the mouth of the Creek, and the summer months see an influx of mackerel. Shad and smelt have also been taken from the Creek. 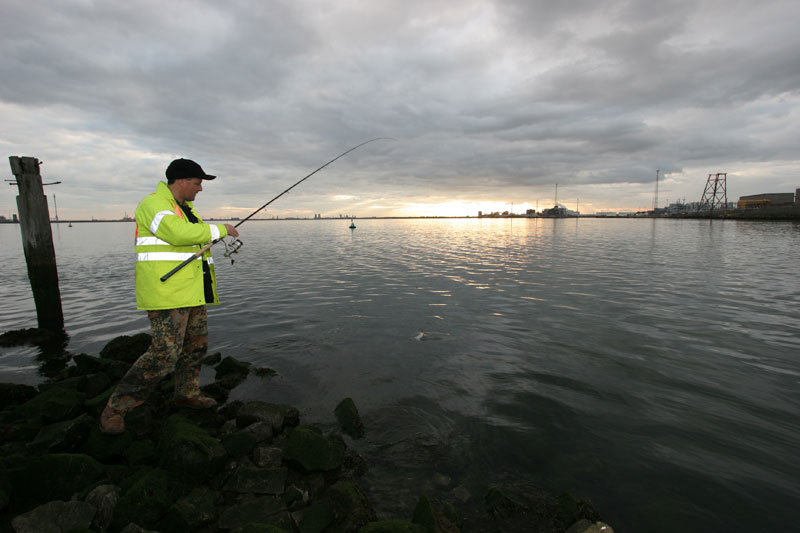 The majority of the angling in this area is carried out during the summer when the readily accessible north side is protected from offshore winds. In a south easterly wind you can practically freeze to death on nearby North Gare pier, but in the sheltered Creek it can be several degrees warmer.

The main channel is relatively deep where it enters the Tees. There is little tidal movement, which makes it possible to fish with very light tackle. Coarse match tackle can be used, as well as the more practical carp and bass rod set-ups favoured by many anglers. The main summer baits are ragworm and peeler crab. 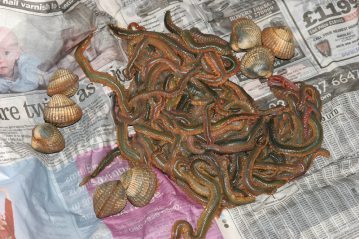 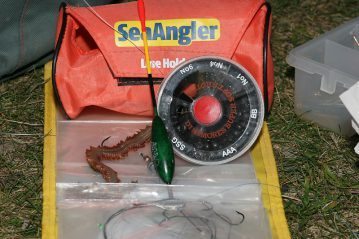 Conditions will ultimately determine what tackle can and cannot be used. I prefer to use a carp waggler outfit, targeting the mini species with the chance of a decent flounder or eel among them. Alternatively, a spinning rod matched with fixed spool reel with 10lb line to a standard one up/one down rig and a ½ -1 oz lead is very effective. A short cast of 20 to 30 yards will produce all the bottom species, including whiting and flounders, with double and treble shots possible. Another option is to use a lighter coarse match rod, and to flick the cast into the muddy channels using only split shot or lead wire as weight. 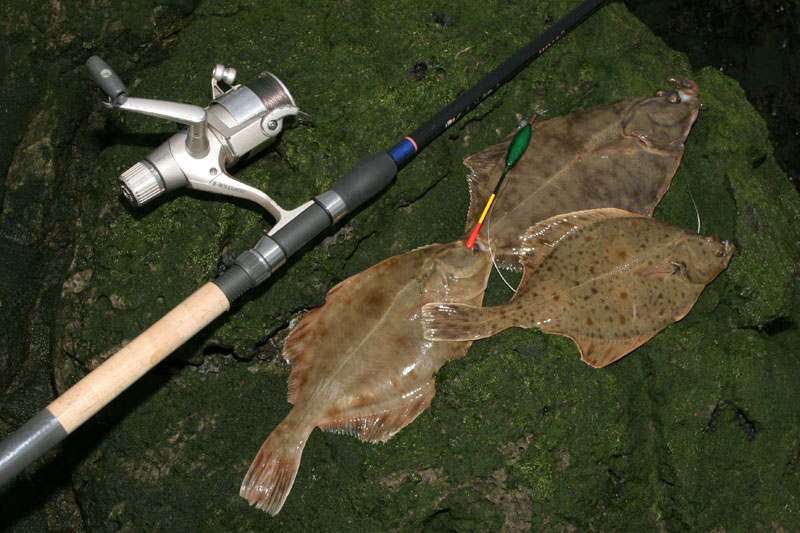 I enjoy float fishing with a waggler. This is an effective way to present baits if there are lots of crabs present. The bait can be set so that it bounces along the bottom in the flow, out of the reach of the grabbing crabs. The venue lends itself to this method as the seabed is moderately level until it reaches the distant channel at high water. The water is usually quite clean for a muddy inlet, and any fish, especially flounders, will eagerly rise up and follow a bait drifting over their heads. The trick is get the depth setting correct; it can take a few casts to work this out, after which slight depth adjustments are made as the tide rises or falls. Basically if you start snagging, or pulling in crabs then the bait is too deep. 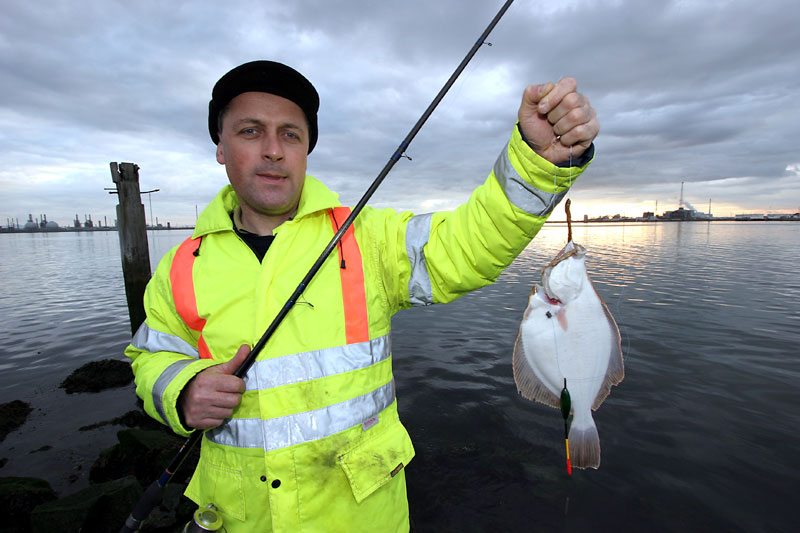 I like using a loaded waggler to prevent tangles. Just enough shot is used down near the bait to ensure it stays close to the bottom. I use 6lb main line to a 4lb hook-trace via a micro swivel, with most shot around and above the swivel, and one just a single shot halfway down the hook trace. For a heavier sliding float I use either a single very small drilled bullet lead, or a coil of lead wire placed above the swivel.

You can get some unusual bites fishing this way, as everything is so much more magnified than when using standard sea tackle. Tiny bites that heavier tackle would not register can be clearly seen; quick little dips of the float might be the bottom, or a flounder nipping at the bait. After a few sessions it’s easy to tell the differences. At other times the float will shoot out of sight as a big flounder takes the bait, or a small bass or coalfish makes off. Most fish will be lip-hooked and can easily be returned, especially the flounders, which are often deep hooked when fishing on the bottom with heavier tackle. 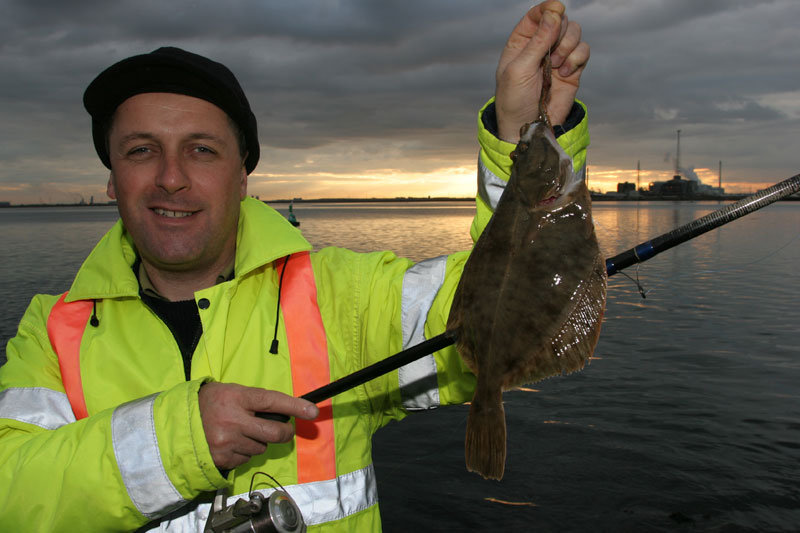 Most of the fishing marks at high water are from ‘slag’ banks – long lines of waste spoil (slag) from the old steel works once used to reclaim the mudflats. This whole area is often referred to as the “Slag Wall”. The depth of water can be anywhere between 2ft and 10ft along the edges of these raised banks. It’s therefore possible to fish at a fixed depth by trapping a float between stop knots, and it is easy to flick out a 10ft drop with an appropriate match rod.

When the water is shallow and clean enough to see the bottom, you can pick out the deeper channels to cast into, or put your bait between outcrops of weed so that it drifts along without getting snagged. Indeed, sometimes it is possible to see fish actually following the bait. Even a small fish can put a good bend into a match rod, and a reasonable flounder or eel will scrap surprisingly well. 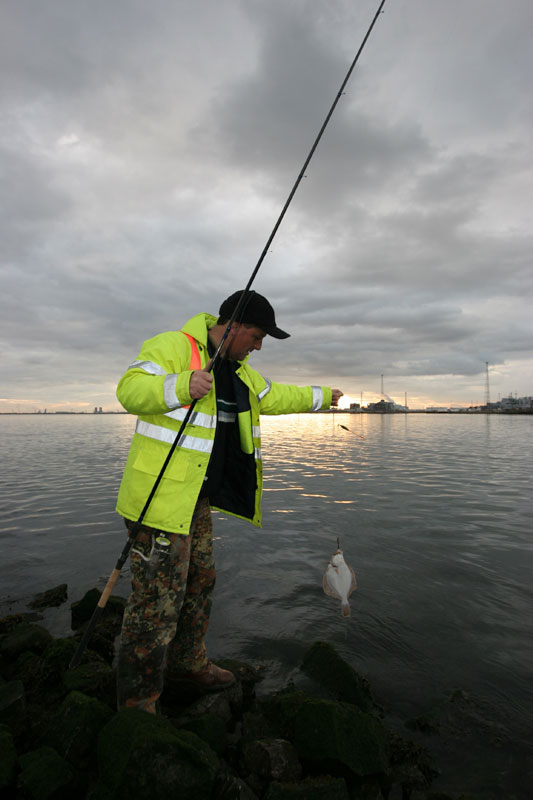 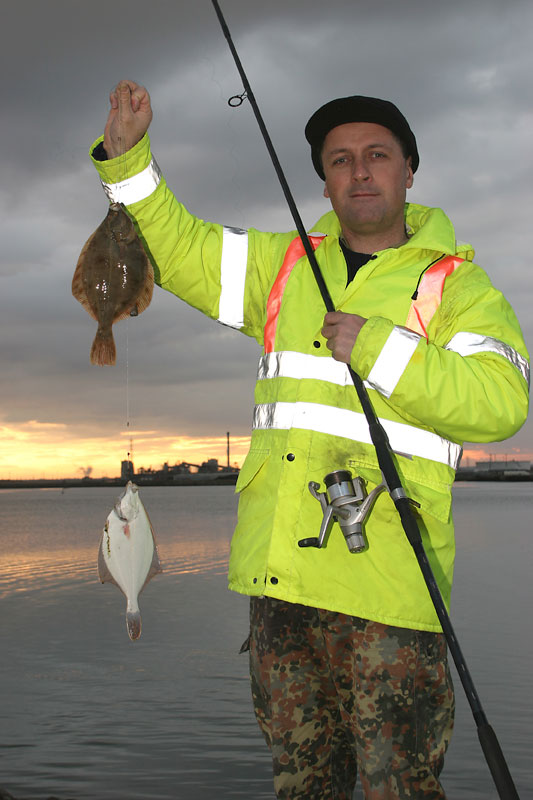 It is not usually possible to lift a decent fish up with this type of rod so you will either need a landing net, or you will have to stand at the waters edge and lift any fish by hand. There is always plenty of room on these marks, and my normal approach is to cast out a two-hook rig on a carp rod away from where I am float fishing.

The Creek is a great place for beginners and younger anglers to fish as access is easy, and some success is almost guaranteed. And although this feature is about a specific mark there is no reason why light tackle bottom bouncing shouldn’t produce at your local venue.