Beat the early season blues with a beautiful bass

Brighton-based angling guide, Robin Howard had been suffering from the winter blues and a distinct lack of fish. But an impromptu beach outing with buddy Alan Stewart saw the lethargy miraculously vanish when his first bass of the season came knocking.

Despondency at the lack of fish currently available from the local shore prompted me to put fishing far from my mind… well, for all of five minutes until my buddy Alan phoned asking if I fancied a bass session on the low water surf? Like the addict that I am, I answered in the affirmative. I didn’t expect to catch much, but with a brisk southerly wind and clear skies forecast, I felt it would be better than sitting at home pretending that I wasn’t interested. The tide was small for collecting lugworms but I had some fridged fresh-outs on stand-by for just such an impromptu outing. Alan meanwhile, supplied some excellent frozen shellfish and we set off happy, if not quite full of the joys of spring. 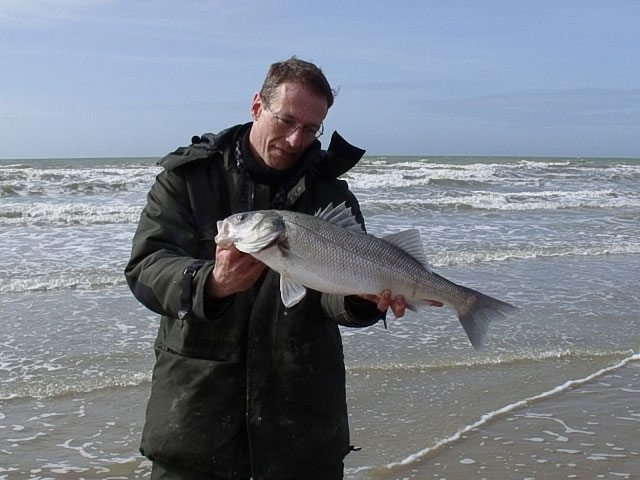 Normally I am not an advocate of bassing with the rod propped up in a tripod. I much prefer the sensitivity of holding the rod and the ability to instantly react to a bite. But with the recent fishing so poor, I not only took the tripod, but the beach buddy too. The idea being that if I couldn’t catch any bass, I would at least catch up on some kip!

I didn’t really expect to catch anything and you could have smacked me backwards with a feather when my 14ft Sonik Continental’s tip bent over with urgency. The take wasn’t indicative of a rockling and the mental cobwebs instantly vanished. I dragged myself to my feet, grabbed up the rod and ran backwards until the tip bent over. There was weight attached but it felt like a decent eel rather than any powering bass. It wasn’t until I winched it through the final surf break that I noticed the bass’s tail cutting through the dirty surface of the sea. With Alan’s assistance the fish was brought up onto the mud. 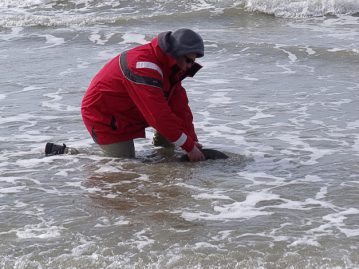 Despite the uncharacteristically timid fight the bass registered 5lb 9oz on the scales. After a quick photograph Alan then waded out to deeper water and held the scale-perfect fish there to recover – I was so convinced we wouldn’t see a decent fish that I hadn’t even bothered to take my waders. It kicked away after a few moments and Alan and I couldn’t have been more satisfied. Conditions were perfect and we fished on buoyed by my first bass of 2010. We fished until the water was well up the shingle, but fortune didn’t favour us further and that fish turned out to be our only one.

I still intend to hold off on my guided fishing trips until a few more fish are about. My thoughts as I write are that the few bigger bass currently showing would appear to be vanguard fish. The near future looks very promising for shore anglers in my area however, and just knowing that there are worthwhile fish to chase has served to re-stoke my personal bass passion and drag it from the seasonal doldrums. It’s been a very long, very hard winter, but here’s to the good times and good fish ahead. 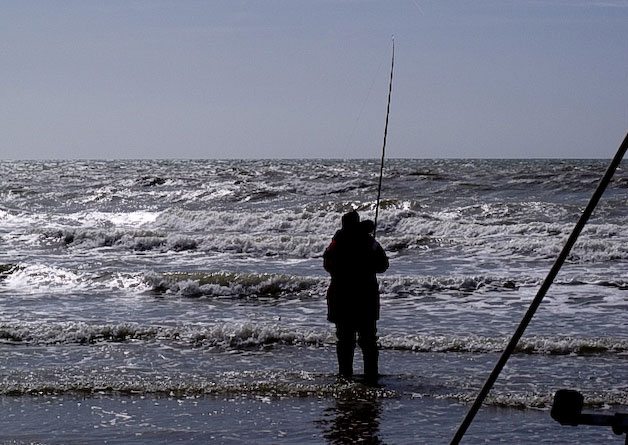 If you are interested in some guided shore fishing around the Brighton area then why not email Robin Howard (Fishyrob). There is also lots of information and trip details on his website.

How to make your own jellyworms, twin-tails and shads