Leyland and District Angling Club fished at Mariners Warf on Saturday evening where they found plenty of dabs, whiting and a couple of small codling.

First place went to Fred Howard whose 22 fish measured 577cm. He was followed by Peter Pilkington on 18 fish for 430cm and Paul Pilkington with 11 fish totalling 294 cm. The longest fish was a 36cm whiting landed by Brian Nixon and the raffle winner was Martin Darwin.

Beach Road and Dronsfield Road were the venues for the latest Fleetwood and District Angling Club winter league match. The fishing was mixed with pegs up towards Dronsfield Road producing, and some of the lower number pegs not showing many fish.

Apart from two little codling it was all whiting so fish bait was needed to produce results. 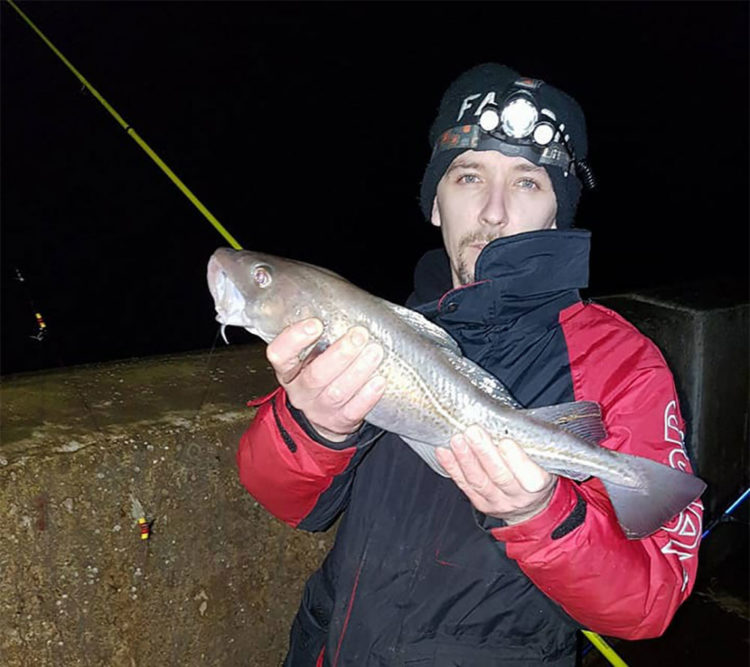 Bartosz Sadowski caught this codling on the Gynn Wall

Next week’s match is on Saturday at the Miner’s Home and is a best combined flat and round fish event with fishing from 11am till 2pm.

Blackpool Federation SAC held their 12th and last match of the season on the 14th of January at Cleveleys Five Bar Gate fishing from 8:00 to 11:00 covering 1 ½ either side of high water.

The fishing was patchy with only five anglers managing to catch fish that counted in the match, however the match did produce two nice codling.

Top team overall in the league were Hotel & Apartments C with LMS A in second place. Tom Tate headed the individual list with Barrie Horrocks finishing runner-up. The largest round fish was Bob Scullion’s 51 cm cod and the longest flatfish was a flounder of 40cm which fell to Iain Hewitt.

The AGM and Match Selection meeting for next season will be held on the 7thFebruary 2018 at the H&A Club starting at 8:00pm.

Chris English fished at Dronny with Mick Parkin where there were loads of whiting and small coding. Chris had a codling of 2½lb and used ungutted fresh black lug and lug and tipped with squid strips. Mick fished various baits but most of his whiting fell to mackerel in windy conditions with a swell running.

Joe Green enjoyed a day out aboard Kevin Fletcher’s boat Lilly White where he boated his personal best cod of 4lb 5oz on yellow tails. 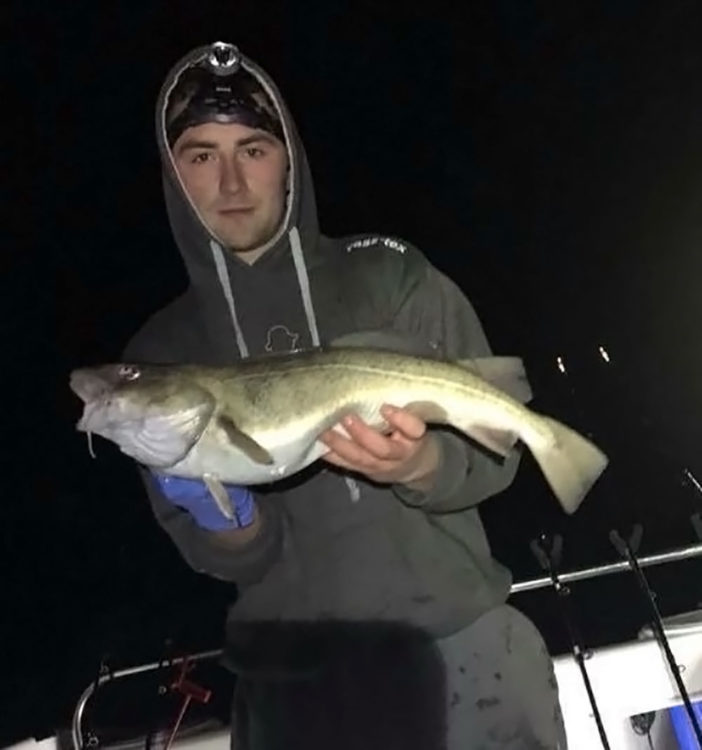 Joe Green with his PB cod

Jordan has a special offer on this week in Bispham Angling with 10% off Grauvell continental rods.