Skegness Pier Angling Club’s (SPACs) first match of 2018 was held on Sunday 14th January from 2:30 till 6:30pm at Trunch Lane, on the beach in front of Lakeside Leisure and Big Catch Tackle. Conditions were ideal, with light wind and a nice lift on the sea, but not too rough. 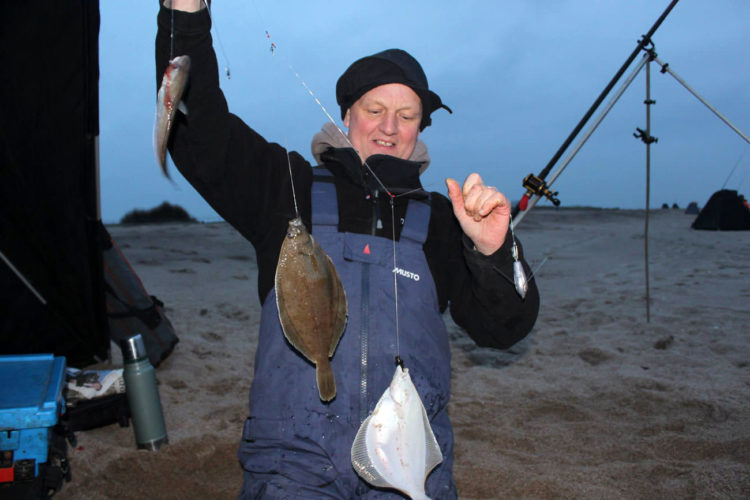 I am pleased to report another good turnout, with brilliant support from our Grimsby contingent, with seven of the town’s top class anglers making the journey down to fish the match, which turned into a ding dong battle between two of the Grimsby stars. Adie Cooper went off like a train, catching a double shot of whiting on his first cast, then a rare 38cm codling on his next cast. Two hours in, Adie was in the lead with 3.5m. But a double shot of dabs, followed next cast by a triple shot including two 30cm dabs, put Karl Nangle over 3m and just one fish behind. At the final whistle, Karl had managed to nose in front of Adie and win the C Smith Cup with 19 fish measuring 499cm. Karl also won the longest flatfish prize with a 31cm dab. Adie had to settle for second place on this occasion, with a 16 fish mixed bag for 459cm; but also took the longest round fish prize with his stray codling! 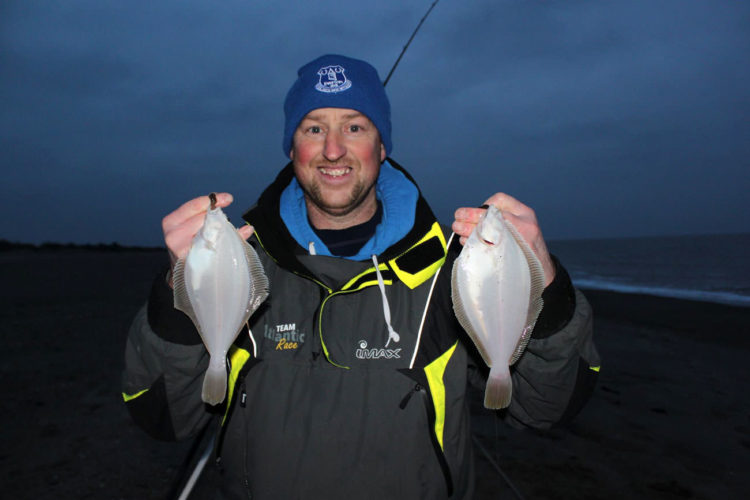 It was great to see an old friend of mine fishing a SPAC match for the first time in a few years, with sea angling columnist Tony Burman showing he has lost none of his skills, by taking third place with 14 fish measuring 355cm. Full result as follows: 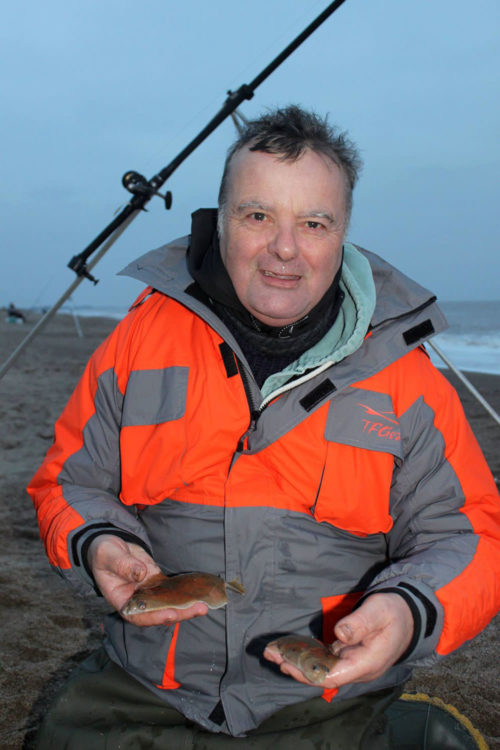 It has been decided to only set up matches a couple of months in advance, so that we can try to avoid clashes with other club matches and opens, which has been a major factor in the poor attendances during 2017. Matches for Jan/Feb have therefore been arranged as follows:

SPAC AGM and Trophy Presentation will take place on Saturday 24th February from 19:30 in the New Park Club, Scarborough Ave, Skegness. All current and prospective members are invited to attend. For any further details on SPAC activities, please contact me.

Cod on the Sprat Hunt