Thornbacks Back Inshore On Lancashire Coast

If ray fishing is your thing there is some serious sport to be had off the Fylde coast. They have turned up again in even bigger numbers, with the biggest going to just over 15lb. Beach, boat and pier they are there. All you need for ray fishing is simple, pulley rig with either a 2/0 or 3/0 hook baited with a fish bait and squid.

I have found keeping the bait the same size as your thumb is the most effective. Squid and mackerel wraps are probably at the top for ray bait at the moment but they have been landed on rag worm and yellow tails as well.

We have even had small smoothhounds turning up.

Once again Dave Brown has pulled it out the bag this week with multiple hits of rays. During recent seasons Dave and his fishing partners have had fish to 8½lb. He has also started finding decent numbers of plaice. 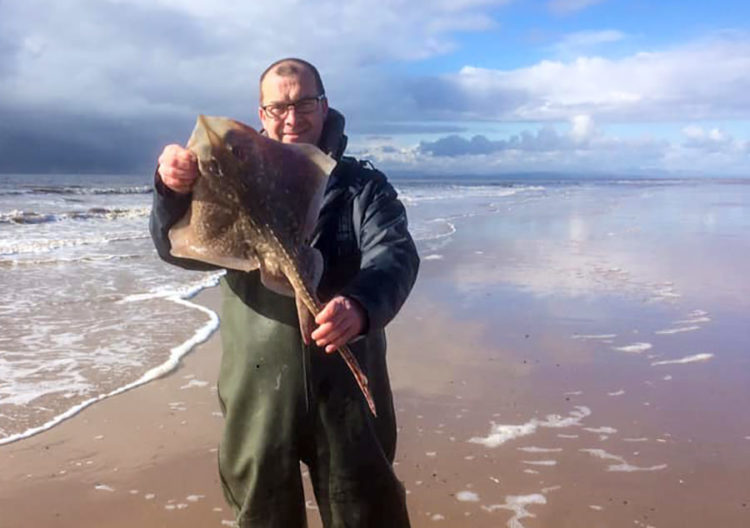 Dave Brown with a thornback ray

Fleetwood and District Angling Club were out at Lytham fishing the last three hours of ebb down to low water. The fishing was a bit slow, the thinking is that it needs another fortnight for it to get going properly.

Ten of the 13 anglers caught fish all flounders, most of the fish were a good average size 39cm being the best. Crab was best bait closely followed by shells. Tipping baits with mackerel helped a lot.

Just a reminder next week’s match is now on Saturday at the Miner’s Home fishing from 10.30am to 2.00pm.

Scott Morris fished the pier and landed his first ever ray. 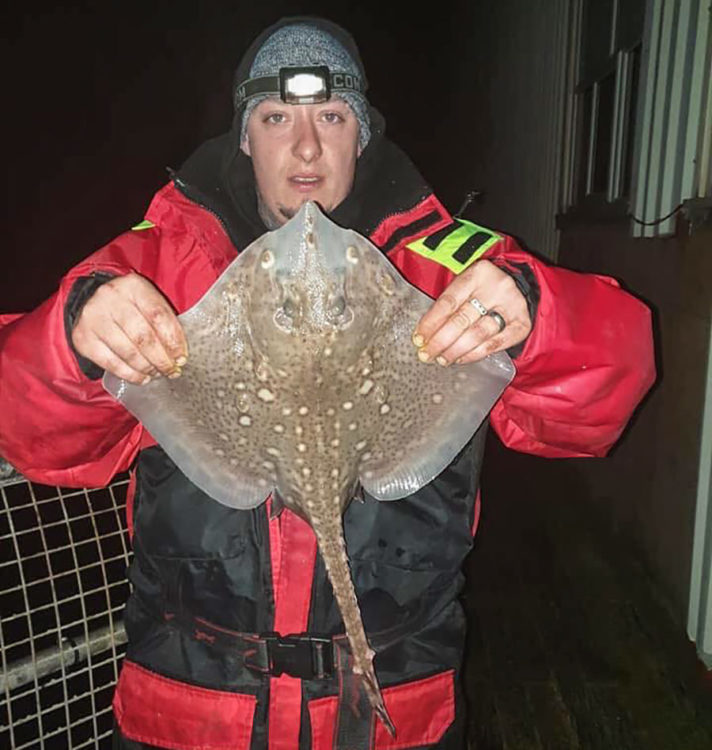 Scott Morris with his first ever ray

A very good turnout but very few fish on the day. The raffle was won by Brian Nixon.

Variety Of Species On The Fylde Coast