The latest Skegness Pier Angling Club (SPAC) match was held yesterday from 2 till 6pm from my home beach in front of Winthorpe Avenue. Despite the match clashing with Mother’s Day, a reasonable turnout of 10 anglers risked family harmony by turning up to fish. Unfortunately Paul Marshall was unable to run the match due to illness, but Adie Cooper kindly stepped into the breach to get proceedings underway.

Conditions were not ideal, with a moderate easterly wind blowing straight into the anglers’ faces. But the sea was not too lumpy and considering recent match results, expectations were high. March has historically been a quiet time from local beaches, but fish haven’t been reading the script this year and once again fish were biting from the off, with the ever reliable dabs soon rattling rod tips, interspersed with the odd whiting. 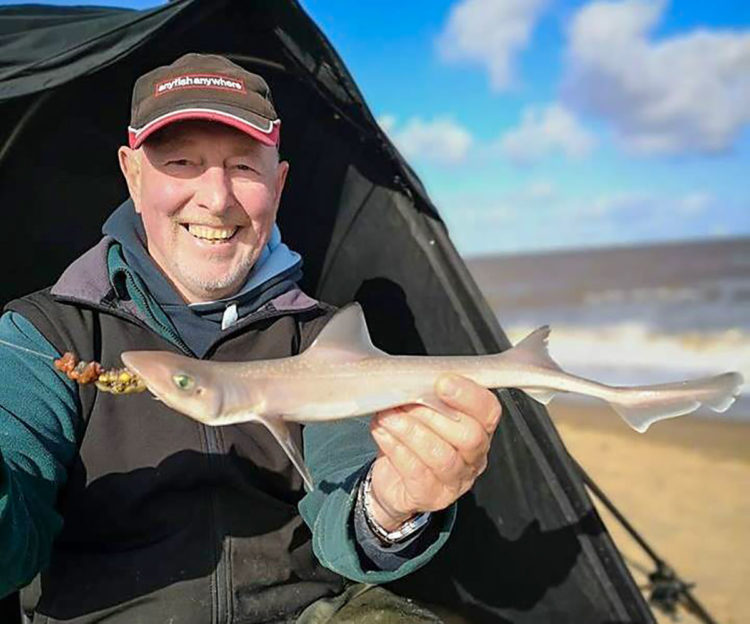 Elder statesman Gordon Nelson has been fishing well recently and was soon into his stride, with a small coalfish first cast, followed by a succession of flounders at close range. Grimsby ace Garry Hutson was also catching well, as was his travelling companion Karl Nangle fishing next to him. Further north towards Winthorpe Ave, SPAC first timer Josh Collier was also catching dabs, then a good bite resulted in a specimen 66cm lesser spotted dogfish. Not to be outdone, Garry Hutson then chucked out a chunk of peeler crab to catch a surprise 42cm smoothound, which is the earliest that a hound has ever been caught in a SPAC match!

As the match progressed, Garry Hutson continued to show his match pedigree, with fish on almost every cast, ending up with 21 fish for a total length of 522cm. He was easy winner of the Derby Miners Cup and also won the longest flatfish prize with a 28cm dab. Gordon Nelson fished brilliantly to take second place with 16 fish for 333cm, only having one fishless cast throughout the match. Karl Nangle just couldn’t catch up with Gordon in the latter stages and had to settle for third place, with 14 fish measuring 302cm. Josh Collier did well to take fourth place in his first ever SPAC match and was in the money too, winning the longest round fish prize with his big doggy. 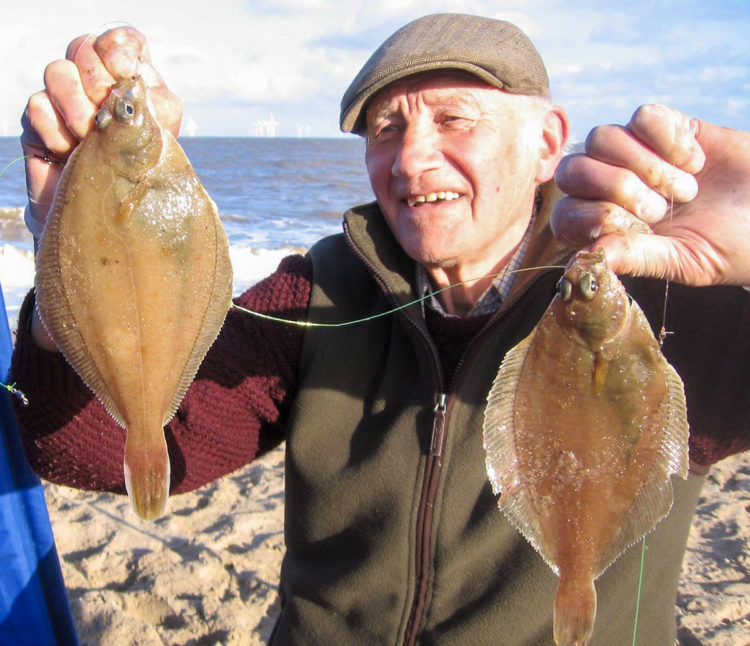 In total there were 88 fish caught, consisting of 65 dabs, 12 flounders, seven whiting, one lesser spotted dogfish, one hound, one coalfish and a rockling, the vast majority of which were returned to the sea alive.

The next SPAC match will be held on Sunday 14th April from 12 till 4pm at Trunch Lane, with SPAC members competing for the Hewison Cup, but the match is open to all to fish. Please pass on to those not on Facebook and please contact SPAC Secretary Chas Tibble on 07984 967988 or chastibble@hotmail.com for further details.

Thornbacks Back Inshore On Lancashire Coast