Just when we thought our settled spell would last well into April we are now into strong north easterly winds blowing in off the sea. What it means is the boats will struggle to put to sea and for the beach and pier angler it will make for uncomfortable fishing with not much escape from the wind.

Having said all that, before the winds arrived we were seeing a very early start to the smoothhound season. Usually these small sharks arrive on our coastline towards the end of April, but with that early warm weather the hounds are here already.

To be honest its great that we are seeing so many thornback rays being caught but it certainly makes a change to see the hard-fighting smoothhound in the mix.

Charter skipper Chris Mole took a party of anglers out to the Maplin Sands and they found the smooth hound feeding; Chris landed the biggest weighing in at 10lbs. 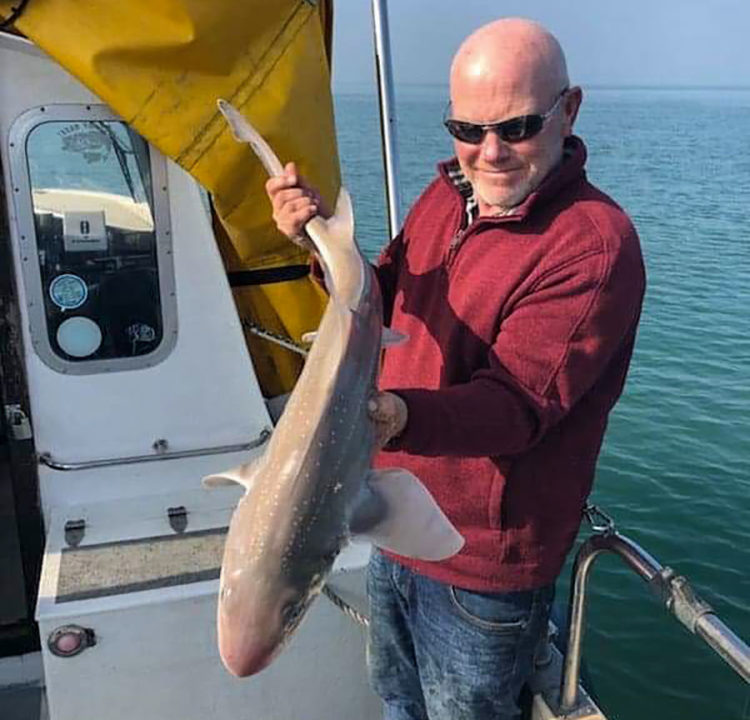 Neil Marples took his own boat Milore off the Walton coast line and found the Summer species starting to feed with small bass, dabs, dogfish and rays being caught.

Clacton Pier is once again seeing rays and dogfish along with a few bass showing. The Holland beaches are fishing much the same with thornback rays being the main catch.

The Clacton Sea Anglers Evening League headed for the Holland on Sea beaches for their latest match, 16 anglers fished on a calm night and they fished the last three hours of the ebb tide.

Plenty of fish were caught, with whiting, dogfish, codling and thornback rays showing.

Top spot went to Rob Tuck with 268 points with Joe Dubiard in second on 232 points and Phil Wringer third with 190 points.

The Frinton beaches have come into their own this week with thornback rays now being caught on day and night time tides. Local anglers Graham Harmon and Mark Oxley landed a ray each on these beaches plus there are reports of other anglers also having success with rays here.

My trip this week was to fish the Walton beaches. I fished a daytime tide and using light fishing gear and small ragworm baits I had a great afternoon catching early bass, flounders and dogfish. 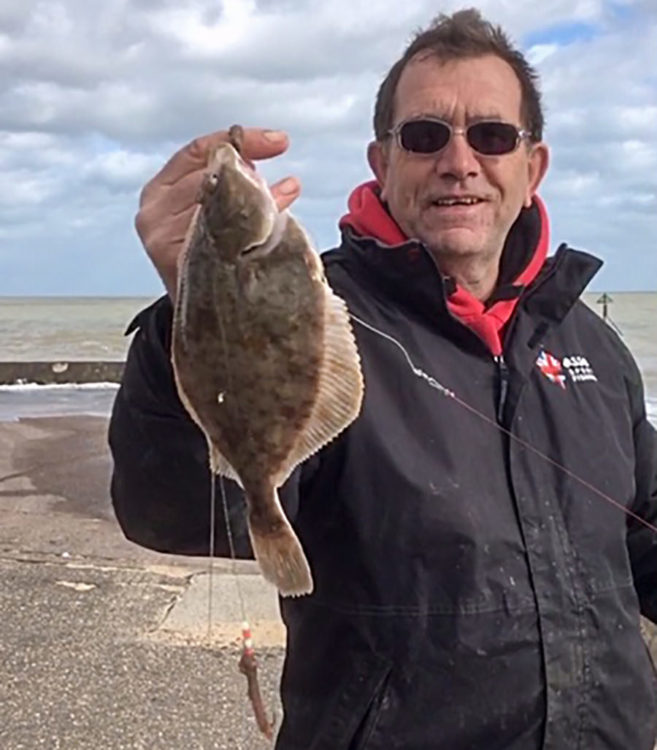 The author John with one of his flounder

I fished an ebb tide and in a four hour session caught eight flounder along and with plenty of small bass, it was virtually a bite a cast. All my fish were caught with only a cast of 40 yards.

Codling And Rays On The Lancashire Coast