Blackpool Boat Angling Club member Jonathon Hall headed offshore with Alistair on Maserflatty accompanied by Peter Marshall on Solo. They had an easy launch and both boats were in the water just after 07:30. An hour’s steam saw them at their first mark where the sea was slightly more choppy than expected but flattened off to perfect conditions and bright sunshine all day.

The lure fest started with their first drift, after only a couple of turns of the reel Jonathon felt a tiny pluck on the lure followed by a strong take with a dive to the bottom. A fantastic feeling on light tackle. This produced a first for Jonathon, a ling around 5lb.

The anglers had a few more drifts taking pollock, pouting and small coding before moving to a new mark. The fishing was much better on this mark with a fish on every drift. Some good size pollock, including one around 10lb that lost at the net. They had cod to 6lb on various lures with the white Redgill Evolution being particularly productive presented on a six foot trace. 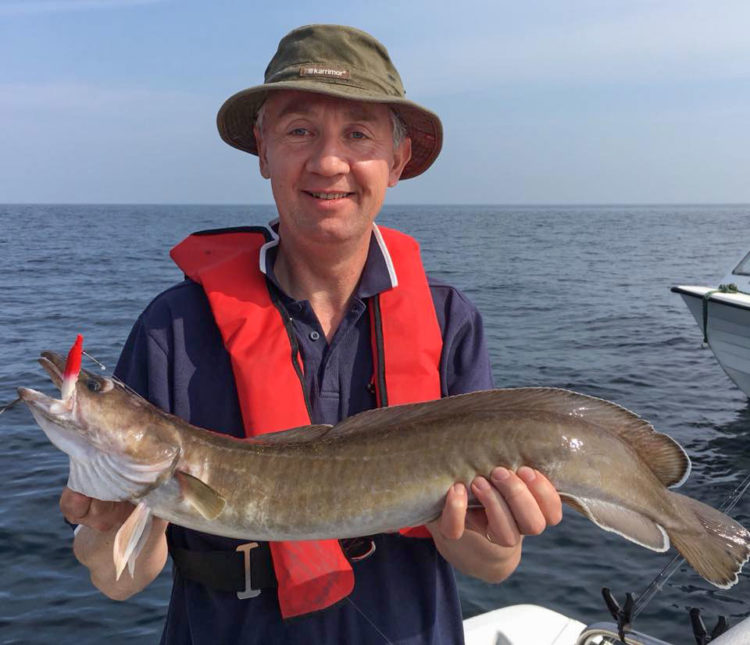 Jonathon Hall with his ling

Blackpool Federation SAC held its fifth match of the season on the 10th of June 2018 at Lytham with fishing from 10:00 to 13:00. This would mean fishing the ebb from an hour after high water. The match was fished to a one hook rule.

The fishing was patchy but all anglers managed to take fish with some good flounders and eels being landed. Best bait was peeler crab.

The top individual was Jim Gross (LMS A) with four flounders and three eels for 132 pts. He was followed by Steve Clark (LMS B) with six flounders scoring 106 pts and Bryan Horrocks (H&A C) with five flounders for 100 points. 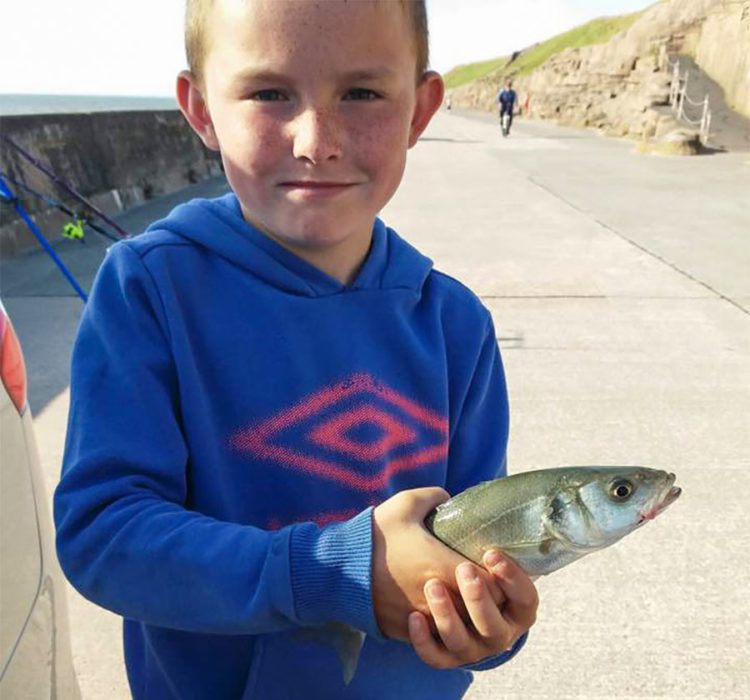 Eight year old Liam Vitner with his first ever fish

Fleetwood and District Angling Club were out for their latest match. Where hot, calm conditions with clear water meant it would be a struggle. Luckily there were a few small smoothies, pup tope and tiny gurnards who wanted to get pulled up onto the beach. Crab, fish bait and squid all took fish.

Ray Rodger had an 87 cm hound on the beach within five minutes and went on to win the match.

Next week’s match is a combined flatfish and round fish event on the Gynn Wall. 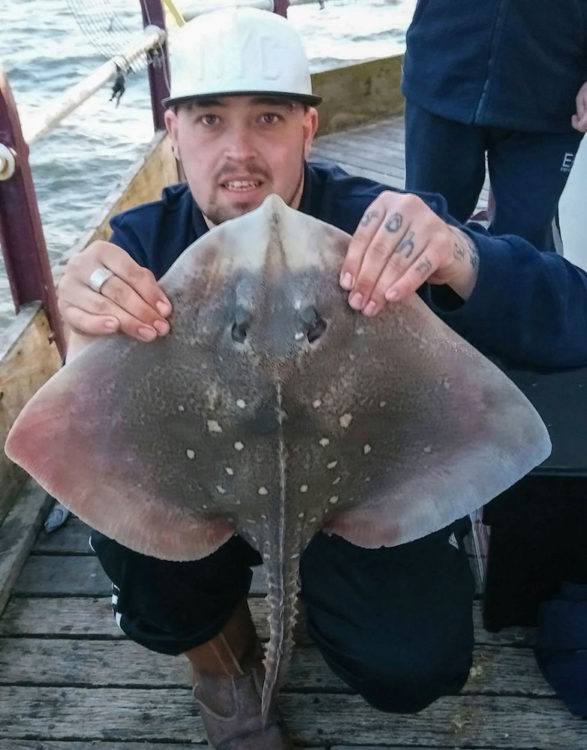