16 anglers graced the shores at Bacton tonight with a slight sea running and a lovely sunny evening, we were all keen to get in among the fish.

Three guest anglers also joined us Neil Birney, Keith Sargent and of course Dave Barham down for his first beach match in about a decade. Dave brought along his trusty camera to capture tonight’s action along with a bucket full of crab and a yearning for hounds.

We also had a pre-planned visit tonight from the local Fisheries Officers, so we could all air our grievances about the bass ban and of course show them how club members practice safe fish handling. It’s nice to see them taking an interest in local club activities and taking on board our opinions and ideas. 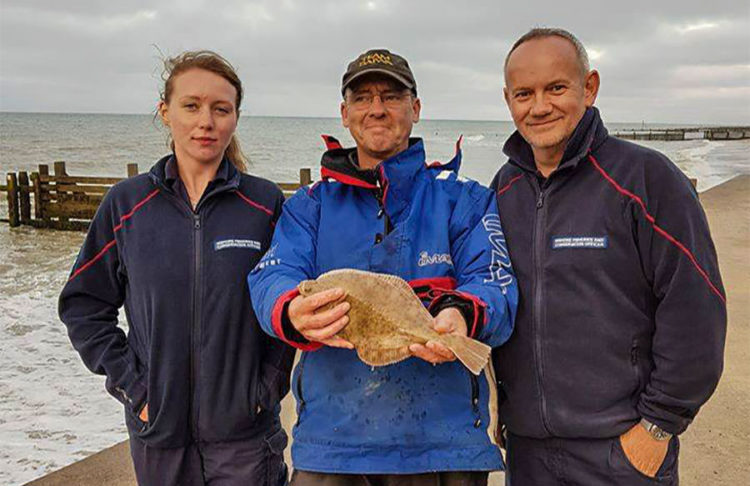 Dene, a flounder and the Fisheries Officers

Anyway onto the report, from the off several bass were coming in, mainly schoolies around the 34cm mark, but one man found a cracker of 3lb 151/3oz and that was Russell Taylor on peg 12. This gave Russell the top podium spot and lets hope a return to winning form.

Second place went to that man again Paul Thorburn who managed a nice dogfish of 61cm and a flounder for 2lb 121/3oz. The final podium spot went to Dene Conway with with flounders for 1lb 142/3oz.

Just scraping into 4th place was Dave Barham with a saving grace hound close to the end for 1lb 22/3oz. 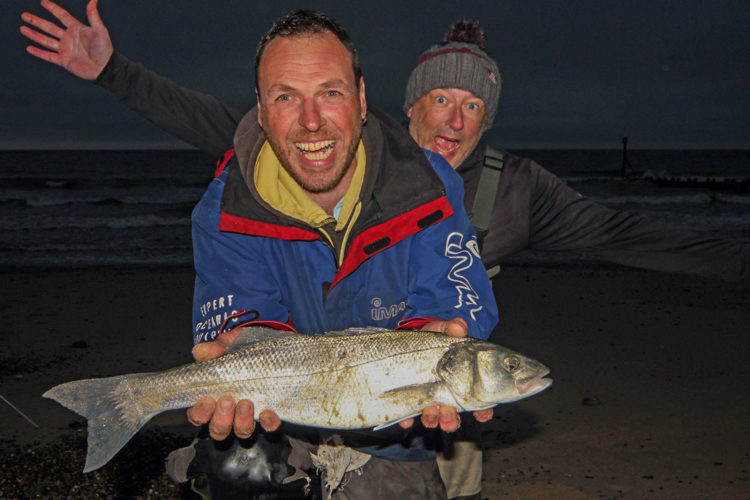 Russell with the winning bass

The longest round fish award went to Paul Thorburn for his 61cm dogfish, and biggest flatfish went to Dene Conway with a 35cm flounder. Lots of undersized fish were also caught and returned safely.

All in all a very enjoyable evening and nice to see some decent fish coming out, next weeks match is at Overstrand where we should expect to see more of the same but with bigger tides some monsters may well appear. 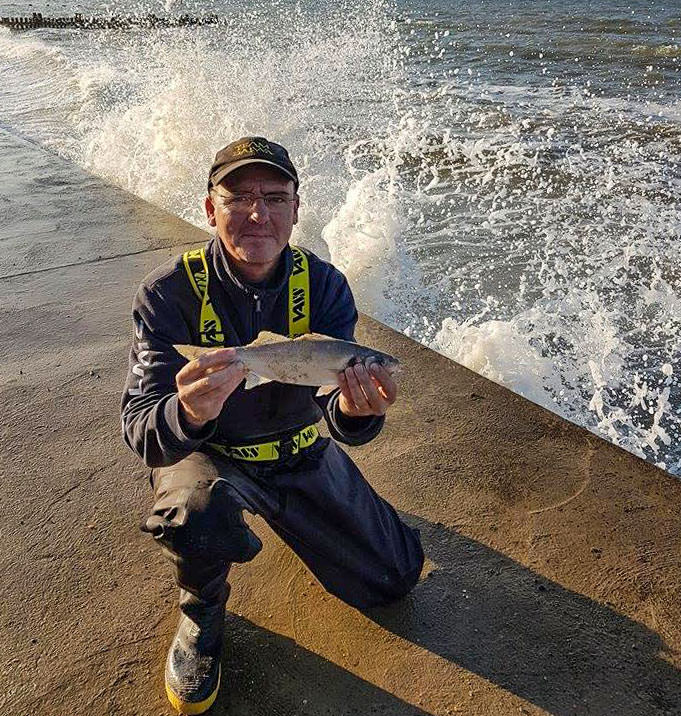 Dene with a schoolie

Pictures are of a schoolie bass taken early on, and a flounder with the IFCA Fisheries Officers. They did ask for a picture with the bass but Dene insisted on immediate return.