The latest Skegness Pier Angling Club (SPAC) match was held earlier today from 12 till 4pm at Trunch Lane, on the beach in front of Lakeside Leisure and Big Catch Tackle, with expectations high for good catches from the productive venue. However, reports from Saturday were not good, with just the odd flattie coming out at Trunch.

But today was a different day, conditions were good, with a light NE wind and fairly calm sea, with the beach looking distinctly “fishy”, despite the recent beach nourishment work. The match was being fished four hours up to high water, so anglers had the opportunity to view the ground that they would be fishing over, before it was covered by the rising tide. Then it was a choice of either dropping close into the fish holding gulleys for schoolie bass or small flounders, or blasting further out in the hope of something larger. 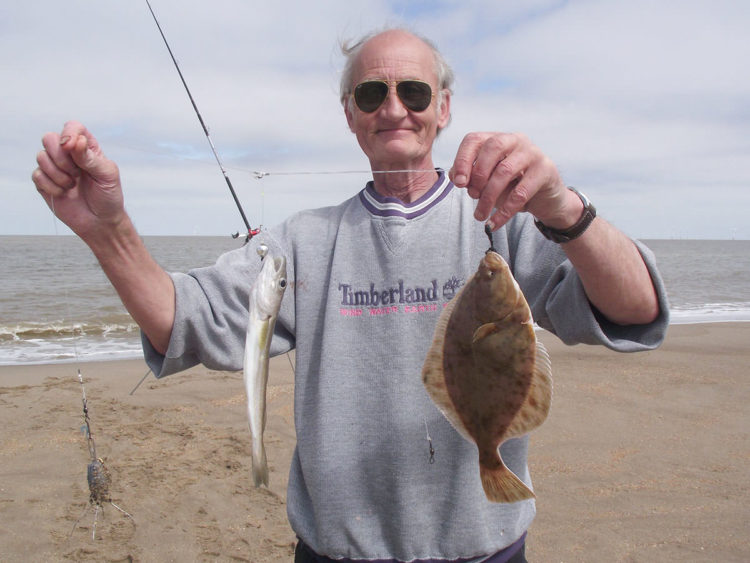 I am pleased to report that we had another excellent turnout of 16 anglers from far and wide, including a couple of Skegness locals for a change. Long casters Adie Cooper and Kev Bebbington whacked out from the start and it wasn’t long before they each pulled in a flounder, with Adie’s a cracker measuring 37cm. Rick Jarvis was casting medium distance with plain lug on a three hook clipped rig and was also into flatties; then Mike Nicholson had a small bass at close range, followed by a bass and silver eel double shot. But other chosen spots were pretty dire and it was slow going for some throughout the match.

SPAC President Alan Steadman was also catching one or two flounders, but unfortunately they were all tiny ones. Then next door to Alan, yours truly caught a pretty little 34cm schoolie bass to avoid the dreaded blank. Unfortunately the lack of run on the small tide made the bass very difficult to hook and quite a few “unmissable” bites along the beach, resulted in nothing apart from smashed lugworm. 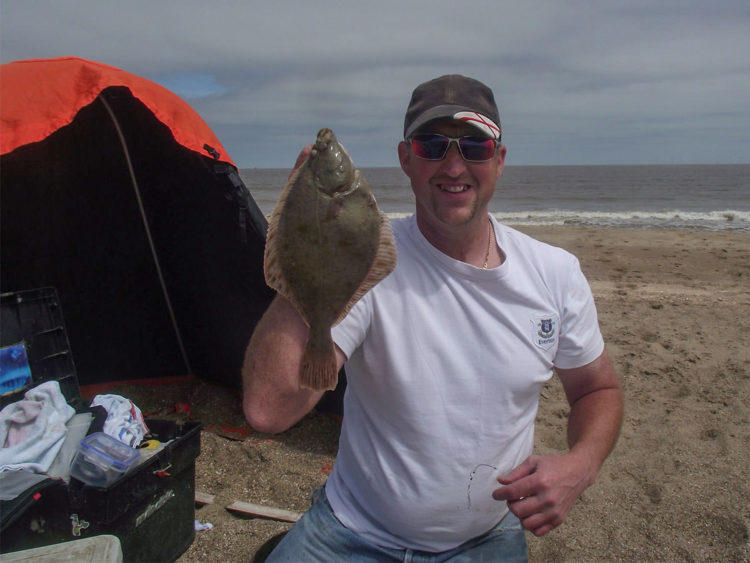 As the match progressed, Rick continued to catch steadily from his personal hotspot, ending up as easy winner with twelve fish measuring 299cm in total. Throughout the match he only had two casts without bringing in at least one fish and also added a couple of unseasonal whiting to his tally. Some way behind in second place came Adie, who caught in fits and starts, to end up with seven flatties for 195cm. As Rick is not a SPAC member, Adie also won the Ex-Service Cup by default and his early doors 37cm flounder won the longest flatfish prize. 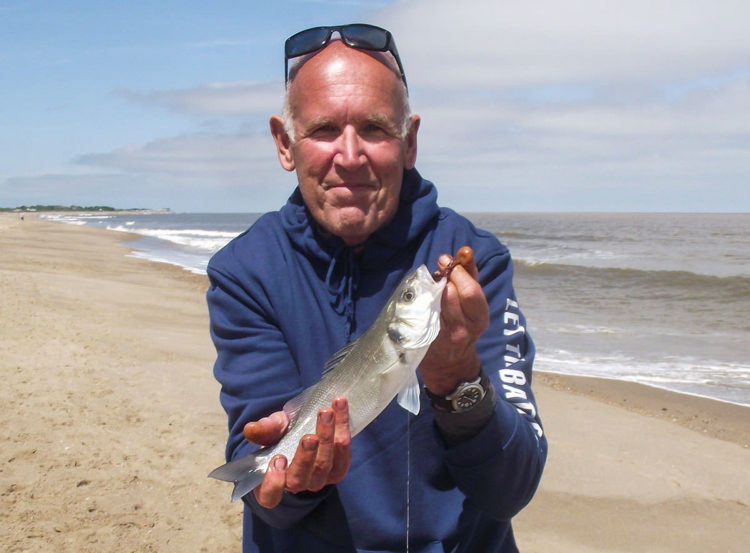 Chas Tibble with the largest schoolie bass of the match. Chas went on to miss two more bass bites, lost a bass on the way in and dropped a dab at the waters edge!!

Taking another podium spot in third place was Alan Steadman, who also caught seven flatties, but for just 159cm. In consideration of the recent good turnouts, it was decided to pay out down to fourth place, which was shared between Pete Francis and Mike Nicholson, both with four fish for 118cm.

New member Mike made a good day complete, by also winning the longest round fish prize with his 35cm silver eel. Full result as follows: 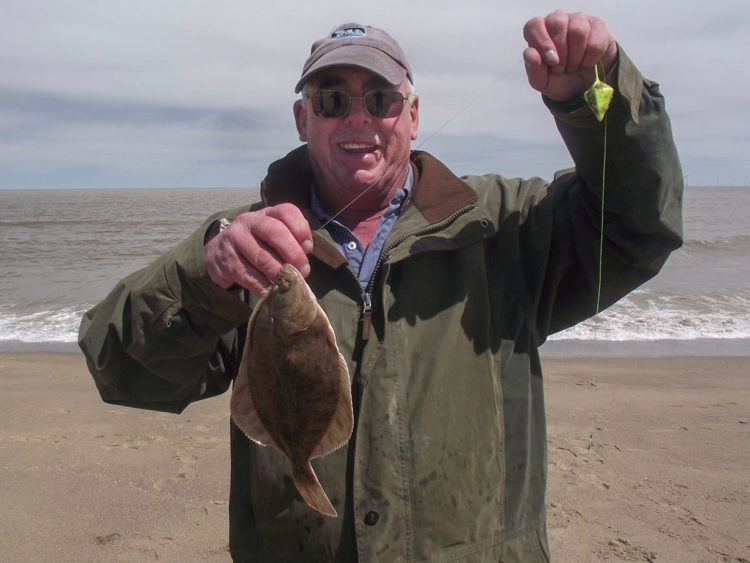 Dave Burr with a nice flounder

A big “thank you” to everyone that took part, your ongoing support is very much appreciated. Next SPAC match will be held on Sunday 24th Jun from 12:30 till 4:30pm at North Shore Road. Hopefully by then the hounds will have finished their holidays in north Norfolk and will be coming out to play for us! Please pass on to those not on Facebook and please contact SPAC Secretary Chas Tibble on 07984 967988 or chastibble@hotmail.com for further details.