As we head into mid-June most of the Summer fish have arrived, with just sole slightly behind although they are being landed, but not in numbers from our local venues.

The weather this week has been fairly kind to the boat angler and tope have been caught closer to the shore than ever before. Tope normally frequent the marks further offshore which makes it more expensive in fuel for boats to reach and some charter boats cannot make it worth while venturing that far for a day’s fishing.

This week has been an exception with private and charter boats finding tope feeding closer than ever before. The charter boat Eastern Promise, skippered by Derek Mole, landed some cracking tope with two fish of over 50lbs. On board was Adam Tate and he landed the two 50 pounders, one on his first cast! 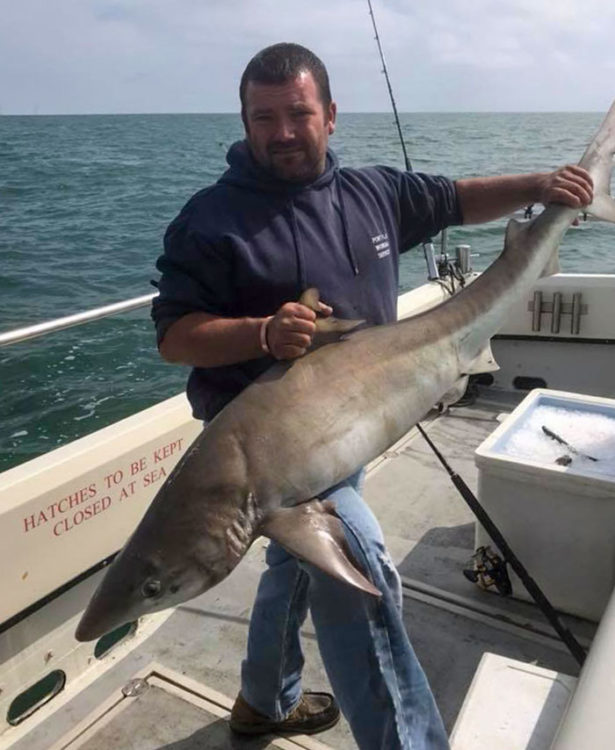 The charter boat Galloper also out of Mersea had a great day on the bass with Steve Sleep from Haverhill landing a 10lb 10oz fish and Chris Singleton from Colchester landing a whopper of 12lb 4oz, both fish were caught on big mackerel baits.

The Brightlingsea charter boat Sophie Lea has also been on the tope. Brightlingsea based Barry Gilders, who has landed tope to 60lbs before, landed five of these fishing beauties in one trip.

Local boat angler Daniel Fennessy fished an evening session just off the Jaywick coastline, and reported that the thornback rays were in a feeding mood and in a short time landed 12 rays, plus a couple of bass and a smoothhound. 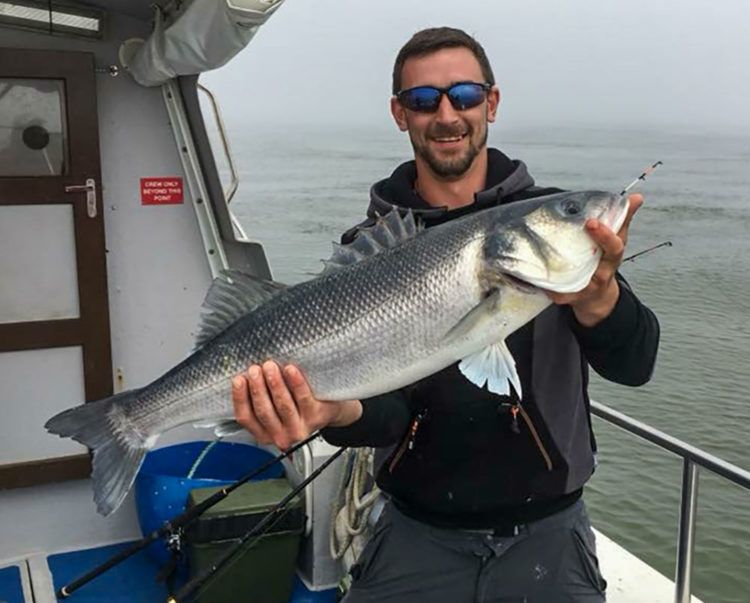 The beaches have had an up and down week; some anglers reported good catches of rays while others blanked. I always find to minimise those bite-less sessions, fish on or around darkness.

St Osyth beach has fished well on the evening/night tides with anglers catching three or four rays each on a tide, squid and blueys have been the top bait.

Clacton Pier has slowed down slightly for thornback ray, once again evenings will see them feed along with dogfish and bass. There was a report of a big stingray lost here when the angler didn’t have a drop net to land the fish.

The Holland beaches are still showing the odd smoothhound. Weather conditions must be right to catch these mini sharks from the beach. Fairly calm seas and a breeze blowing off the land is best. Thornback ray have also slowed down here but under darkness will improve your catches.

The Frinton beaches have suffered with weed this week which has been blown in with the onshore wind. Still rays to be caught, small bass and the odd sole.

My trip this week was to try and catch a stingray, as to be honest the peak season for these giant rays is very short and only a couple of rays have been reported so far this Summer.

I fished over the top of high water with peeler crab and ragworm baits and crabs were taking the baits within minutes, as the tide eased the crabs stopped feeding and I managed to land a few bass in quick succession, followed by a last cast beauty weighing in at around the 7lb-8lb mark. 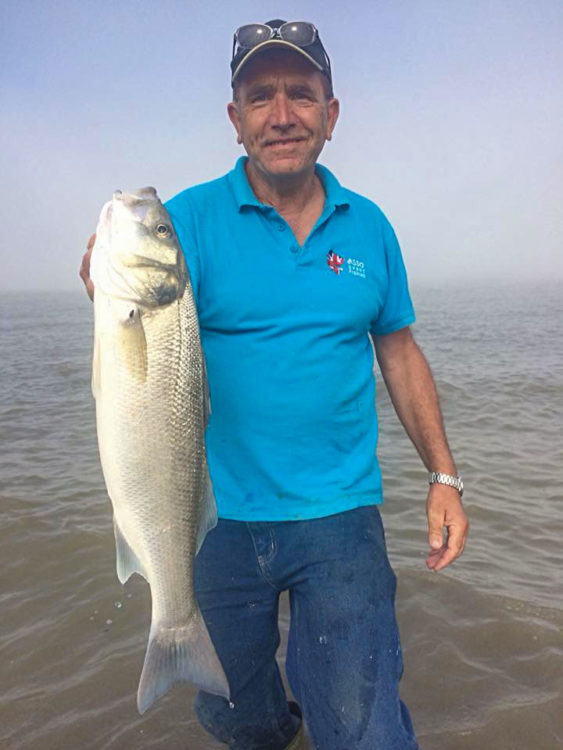 The author, John with his largest bass

Walton Pier has to be the top venue this week, with thornback rays being caught throughout daylight hours, and smooth-hounds caught from the top of the pier. Bass, wrasse and garfish are showing around the pier piles with a few sole caught from the lower part of the pier.

Mark Lawrence fished an afternoon tide and landed a 10lb plus thornback ray from the top of the pier, Mark also told me that were were eels and dogfish also caught.

Colchester Sea Angling Club’s latest match was held on Walton’s Coast Guard beaches. They fished Round Three of their Colchester Bait & Tackle evening league on a cold night with a stiff on-shore wind blowing. The conditions were far from ideal and out of the 18 anglers fishing 11 didn’t catch any fish!

Top rod on the night was Neil cocks with a thornback ray of 5lb 1oz which also gave him the heaviest fish pool. Second was Chris Mills 1lb 4oz which included the heaviest flatfish pool with a 12oz sole. Close third was Phil Buy with 1lb 1oz.