We left Oban slipway at 09:00 aboard the Laura Dawn II skippered by Ronnie Campbell on a bright but sharp December morning. By ten o’clock the boat had settled at anchor and the baits were on their way to the seabed more than 170 metres below the hull.

The first couple of hours were uneventful other than the constant rattles from the endangered spurdog hordes and a single black mouthed dogfish. However at ten minutes to one Craig Hawthorn’s reel clicked over and after a 40 minute battle this 198lb hit the deck. This was Craig’s first ever common skate. 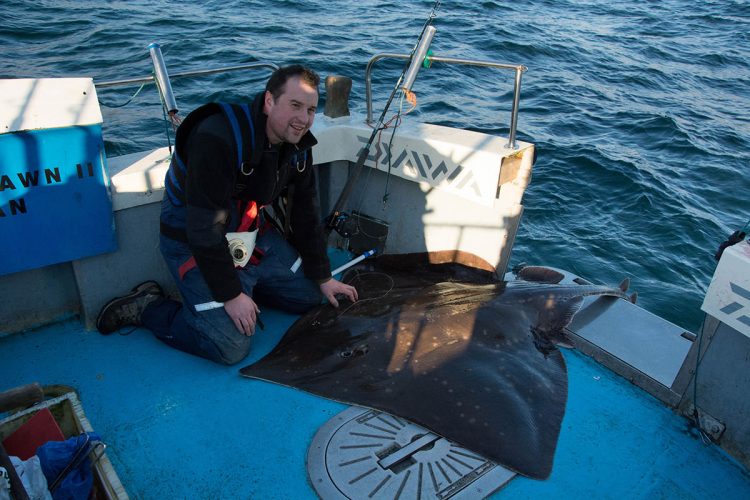 A quarter on an hour into Craig’s fight Scott Gibson bent into this beauty which measured out at a personal best 213lb. 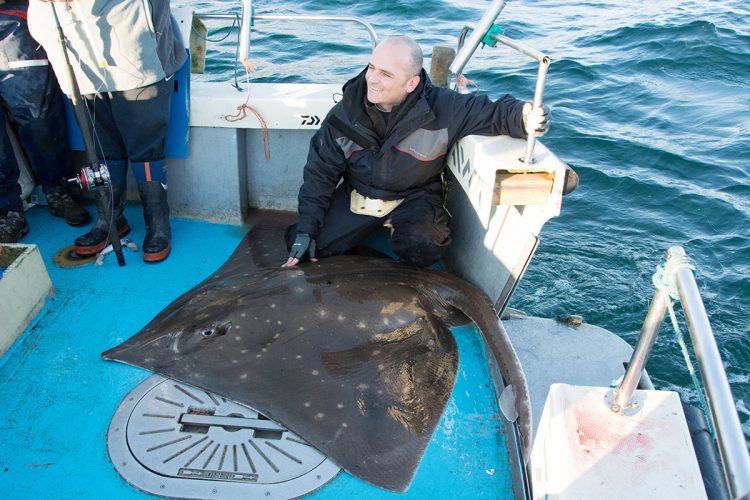 It wasn’t long before Scott was back in action on his monster baits and as the large female came to the landing door he noticed gaff holes already and waiting in the outer edge of the wing. This turned out to be Craig’s fish none the worse for wear and obviously well into feeding mode. 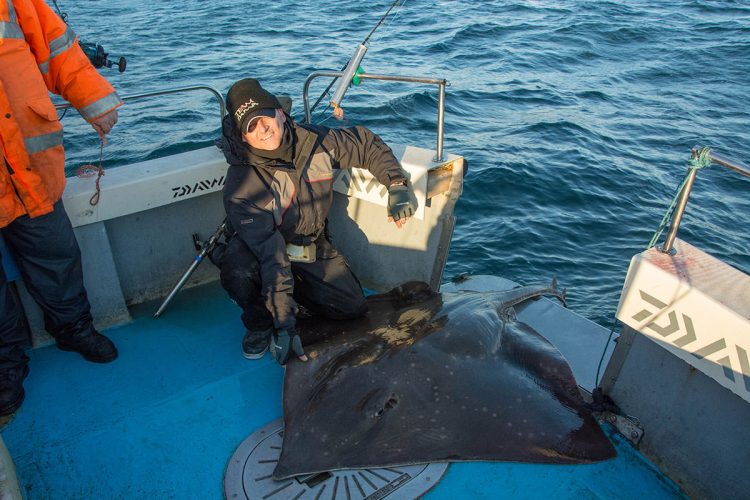 Shortly after another large fish picked up Craig’s bait and a spirited fight ensued the result of which was a 123lb male fish to give him a matching pair. 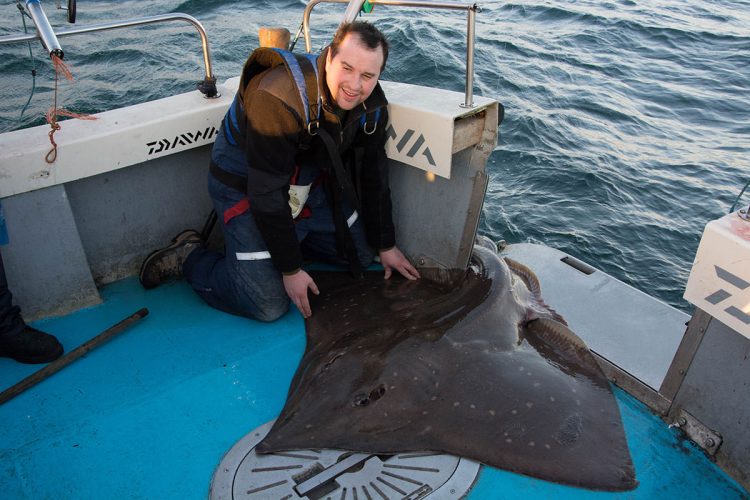 Things settled down for a while until the baby of the day was landed by Scott Lindsay to spoil the two man show. 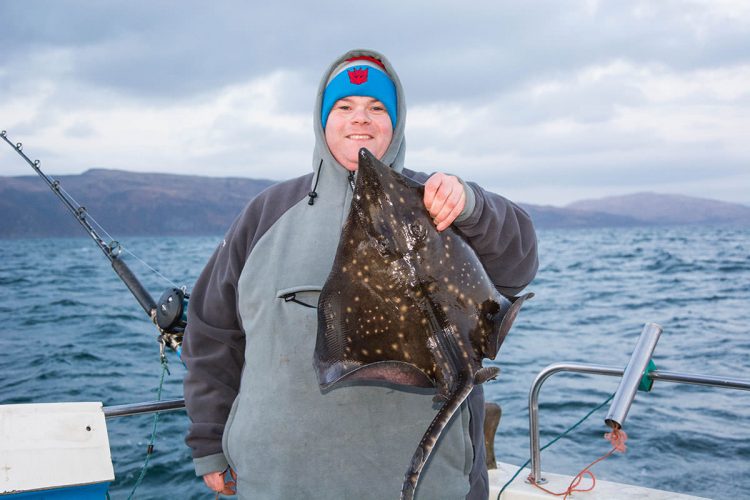 As we approached lines up at 16:00 John “Last Minute” Spiers ensured that we would be hanging around a while longer as he landed this 174lb female common skate as darkness fell. 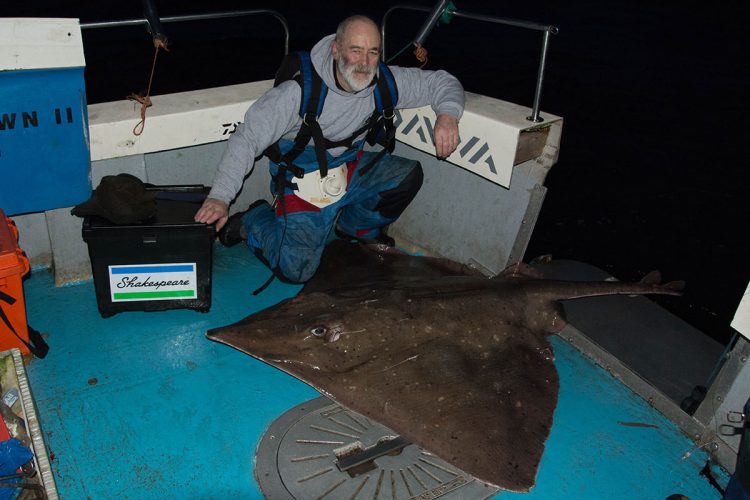 All in all a great day out in surprising good conditions for the last week of 2014 and great to see these magnificant fish in perfect condition. If you fancy a day hunting down the big common skate contact Ronnie on his mobile 07721 640024, or landline 01631 750213 or alternatively drop him a line at ronniecampbell@live.co.uk you wont find a skipper who knows these fish better in European waters.