Spring has finally arrived with temperatures rising very nicely, and light winds have also helped the anglers somewhat. Thornback ray are still the main catch, but also some big whiting are showing for the boat angler and dogfish are now being caught in numbers.

Dave Hollands and Rocky Rotchell launched from the Gunfleet Boating Club and landed eight thornback ray with two being into double figures. The charter boat Hard Labour out of Mersea is also reporting thornback rays in numbers with several rays in the 12-13lb range.

Gunfleet Boating Club members Sandie Davis and Alan Tipple launched their boat on a foggy morning from the club beach and headed off to fish the local coastline. They had a great days’ fishing landing plenty of those new arrival dogfish. Sandie landed her personal best thornback ray weighing in at 10½lb as well as her biggest whiting. Alan lost a double figured ray at the side of the boat; their fish were caught on lugworm and squid baits. 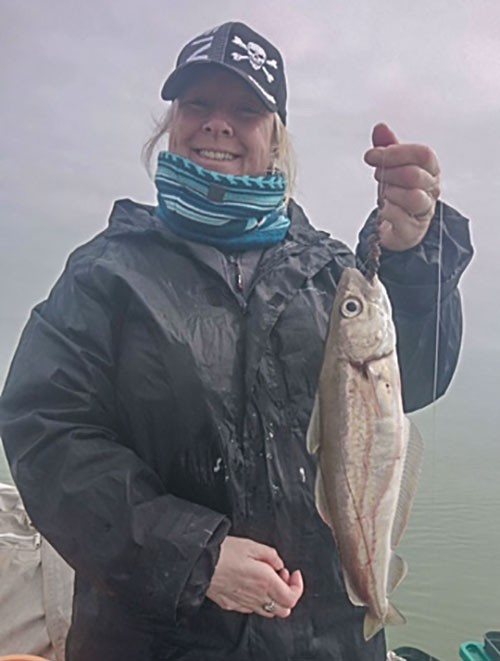 The St Osyth beaches are still the top venue to head for, with rays and dogfish being caught in numbers from in between the rocky breakwaters and to the right along the open beach. The beaches have had a reasonable week with evening tides fishing into darkness proving the best. Matt Clark landed the biggest codling so far from the beach weighing in at 4lb 2oz.

John Moakes headed for the Holland beaches and landed a 10lb 7oz thornback ray, using herring bait on a single 3/0 hook on an up and over rig. 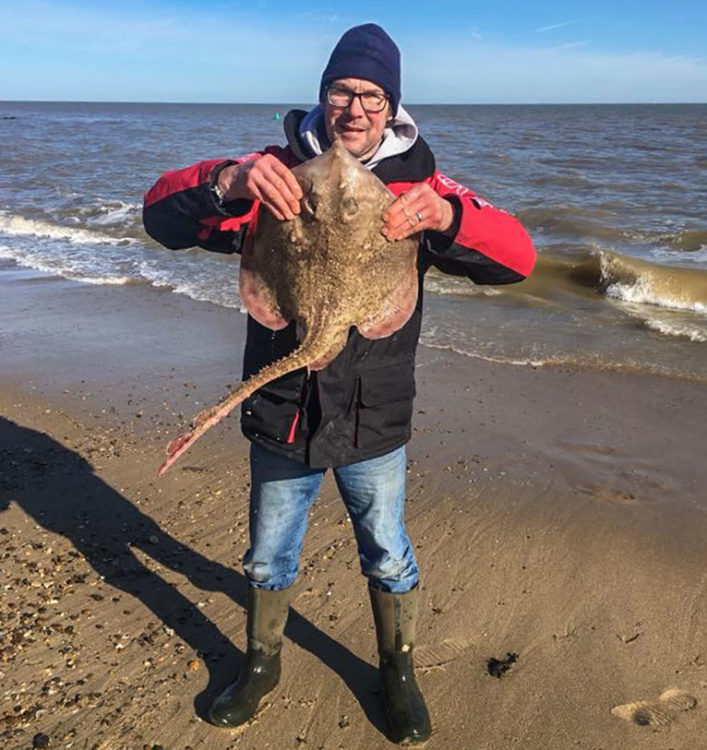 Lawrence Chisnall and Phil Ringer fished the Kingscliff beaches at Holland on an evening tide, and they caught 3 thornback rays between them. Lawrence also told me that the dogfish had arrived here in numbers.

Clacton Pier is once again the venue to head for, plenty of rays to be caught here along with dogfish and whiting.

My trip this week was to Walton Pier to see if I could catch a ray. I fished a daytime flood tide from the top of the pier. I lost count of the amount of dogfish that I caught but alas no rays for me.

Fishing tides into darkness seem to be the best here for consistent catches of rays now, although don’t disregard daylight as rays will be caught.