A fairly quiet week with few anglers out other than at the weekend. The Gynn Wall has been producing good size flounders and Rick Pennington has had decent bags of the flats. There are also a plaice, dabs and dogfish around. Smaller baits such as rag, yellow tails and blacks are producing when fished on small hooks at short range.

As the weather starts to warm up the summer species should not be far away and peeler crab will be productive for the smoothhounds. Fish baits will pick up the pup tope and gurnards as well as the flats.

Young Kian Nicholson fished Morecambe and had a great haul of plaice on Bispham Angling fresh black lugworm and squid, top angling from the youngster. 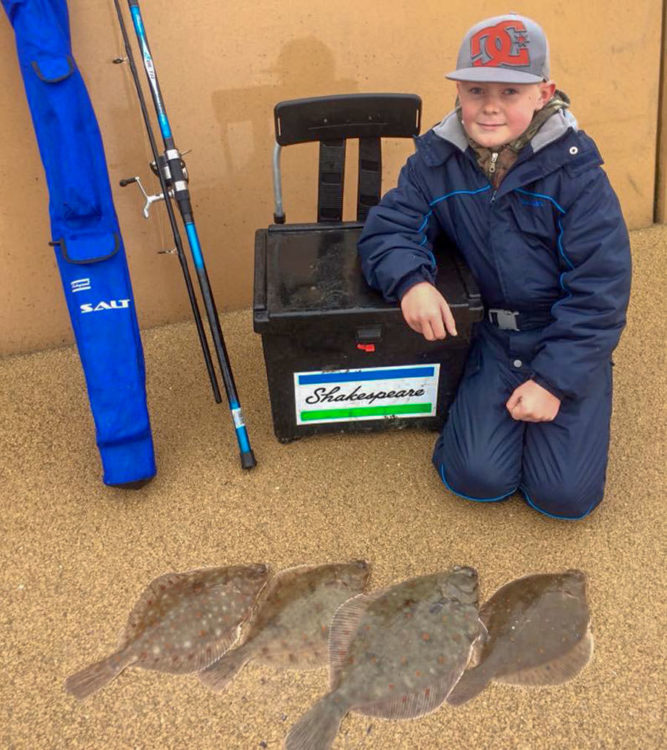 Young Kian with his bag of plaice

Blackpool Federation SAC held its first match of the season on the 8th at Lytham, fishing the last three hours of the ebb from 8:30.

The fishing was patchy with the best bag being four fish.

The team match was won by H&A C, five fish for 112 points, second was LMS A, three fish for 52 points each, and in third spot was LMS C with two fish for 44 points.

Best bait was peeler crab tipped with bluey or mackerel. The next match is on the 22nd April 9:00 to 12:00 at Lytham.

Fleetwood and District Angling Club fished last Sunday at Stanah. Thirteen anglers fished and twelve caught fish. All the fish caught were flounders and most of them came early on in the match. A variety of baits caught including fresh and frozen crab, shells, black lug and ragworm.

Mark Taylor and Kevin Blundell had the joint biggest fish with a 39cm flounder each.

Next week’s outing will be at Marine Beach and with a few plaice coming out it could be a good session.

Just a reminder for the members who said they were going to the meeting about the pumping out of brine, it is Wednesday 11th April at 7.00pm. 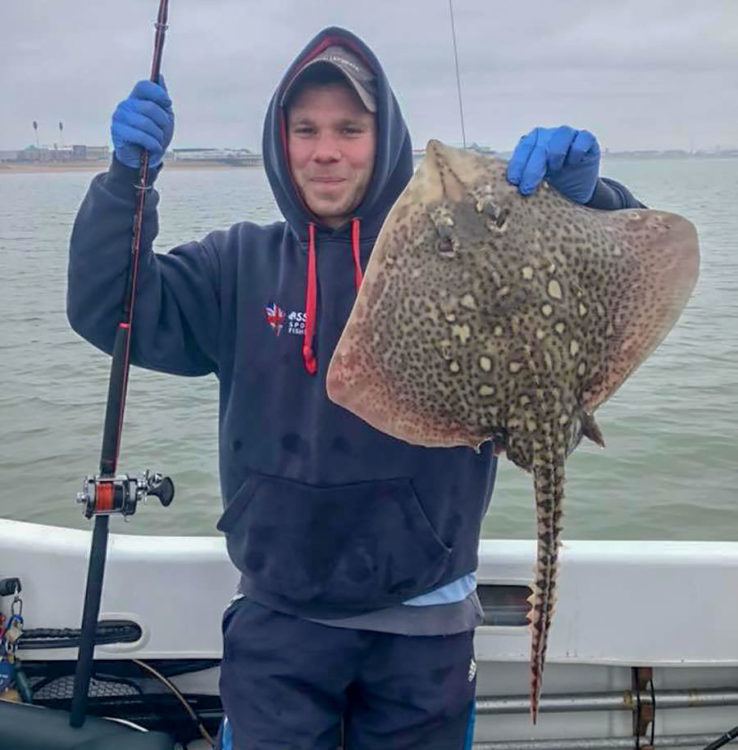 Kevin with his best ray of the day