At the moment the rays are here in force as they are being landed all along the Lancashire coast. Not in massive numbers yet but widely spread and some anglers finding up to three over one tide, ranging between 5lb-9lb. Squid and mackerel wraps on 3/0 size hooks are tempting the majority of the rays. The occasional codling are still showing along with flatfish and dogfish. Fish baits are certainly holding their own at the moment.

A regular customer of Bispham Angling, Lee Baxter landed his first ever thornback ray at 5-Bar Gate. The fish fell to worm tipped with squid.

Last Sunday Fleetwood and District Angling Club fished their latest match at the Miner’s Home. Predictions of poor catches were proved right at only five of the seventeen anglers managed to find fish. 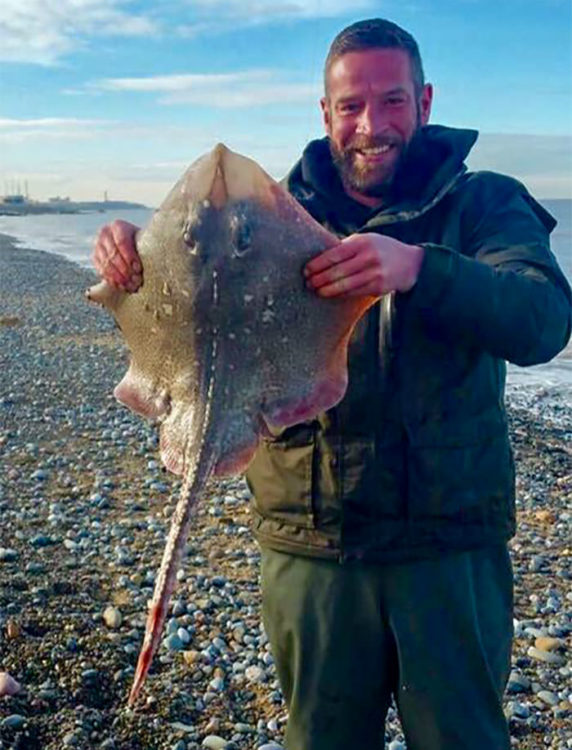 Phil Lamb won with a 48cm cod, caught first cast on black worm, worth 56 points. In second place was Tom Myerscough with a 42cm thornback ray for 42 points. Tom caught his rayon frozen crab. Third spot went to Peter Lambert with a seven point flounder followed by Ray Rodger with a two point whiting and Ken Forrest with a two point plaice. Hopefully the fishing will be better next week at Stanah. 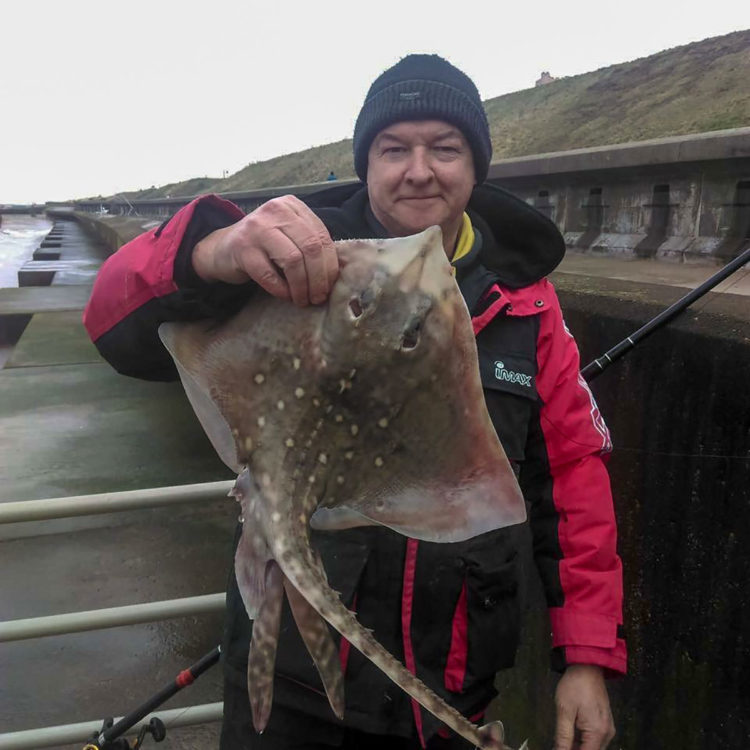 Longest fish of the day was Alan Smith’s a 39cm flounder, Alan also won the raffle and Jimmy was on the Golden Peg, again!

Very poor day, but weather was good. Half the entrants caught and half blanked. Best baits were rag, black lugworm and secret ones that obviously didn’t work.